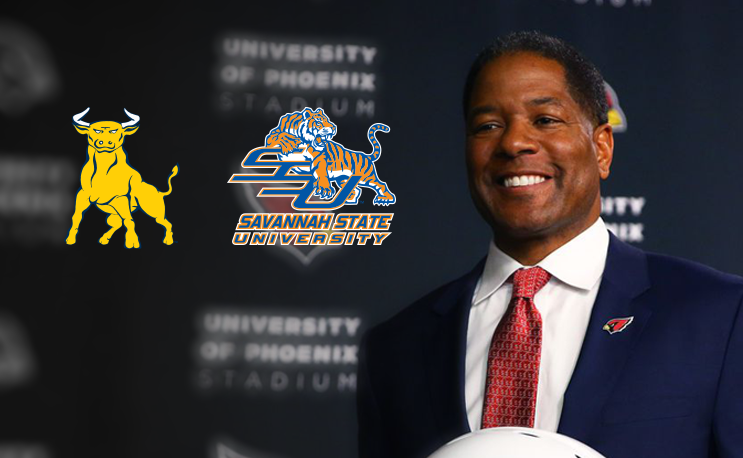 Foundation rooted in the CIAA and the SIAC.

Steve Wilks is one of 32 men in the world who are head coaches in the National Football League. He’s been on the job for a week with the Arizona Cardinals and he has his hands full for sure. Wilks has to finish out his coaching staff and find a quarterback.  But at least he doesn’t have to cut the grass.

That was one of the fondest memories that Wilks had during his first coaching job at Johnson C. Smith back in 1995.  As a young defensive coordinator, he not only had to draw up the plays but he was tasked with washing clothes and helping keep the field in top shape.

After his short stint in his hometown of Charlotte, Wilks moved on to Savannah State to be its defensive coordinator. He moved up to head coach for one year in 1999, finishing 5-6, in the school’s final season of the SIAC.

Wilks never worked for an HBCU again, but the foundation of his career was four years in the CIAA and the SIAC.  A “cut your teeth” experience that helped shape him into a future NFL head coach.

If this roster stays relatively intact, Wilks will be coaching three HBCU players next season.  Antoine Bethea is an 11 year veteran from Howard University, Chad Williams is coming off of his rookie season from Grambling State University and Rodney Gunter from Delaware State just finished his third season.