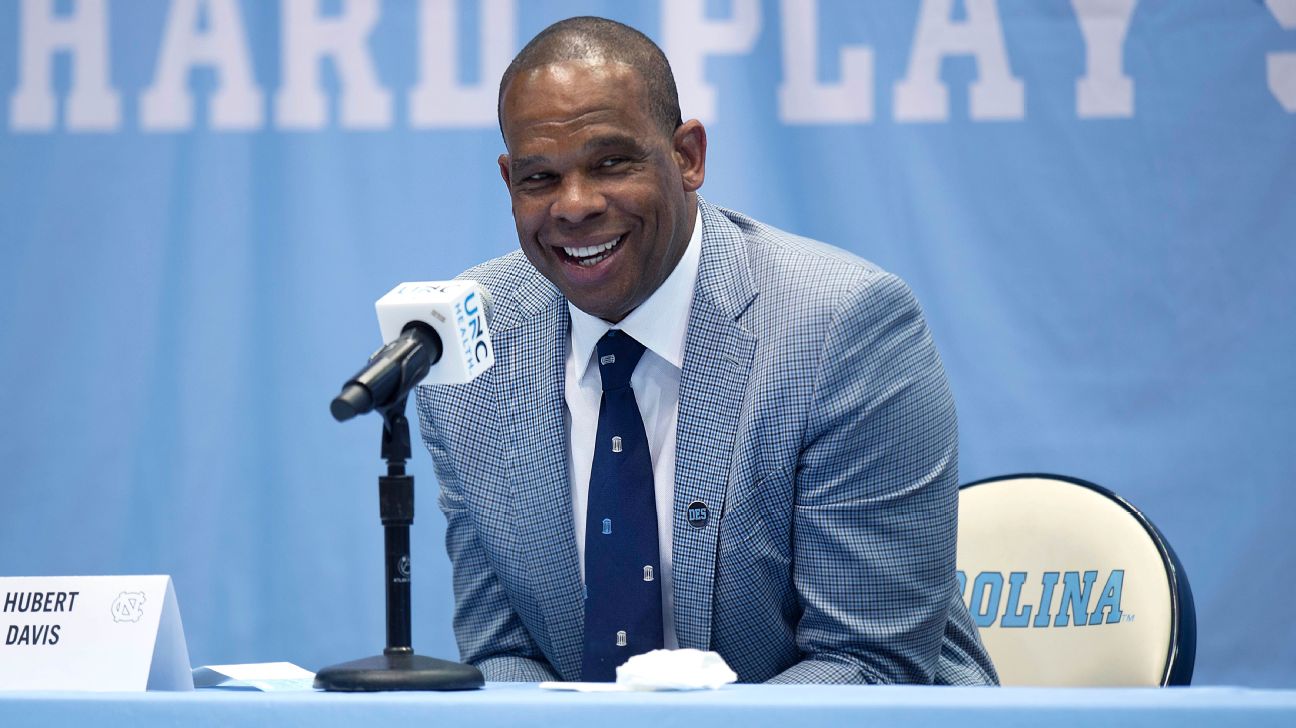 Hubert Davis of UNC and Janice Washington of Lincoln (PA) are the Big House Gaines Coach of The Year winners.

Davis and Washington were both named the Clarence “Big House” Gaines Coach of The Year awards for their respective divisions. The award is given out by the National Sports Media Association and named after the late, great Winston-Salem State head coach.

Hubert Davis was named the Division I award winner after leading UNC to an improbable run to the NCAA Championship Game. The team went 29-10 on the season which included defeats of two top-four and three top-10 teams over the final month. UNC knocked off No. 1 seed Baylor in the second round of the NCAA East Regional. He became just the fifth man to lead a school to the Final Four in his first season as head coach, which ended with Monday night’s 72-69 loss to Kansas in the NCAA Division 1 championship game.

Davis was born in Winston-Salem, NC. His father, Hubert Sr., played his college basketball at Johnson C. Smith University, a rival to WSSU and Gaines.

Washington also experienced success in her first season at her new school. She led Lincoln University to a 22-8 record, including a regular-season title in the CIAA North and brought home the school’s first-ever CIAA Tournament title. The Campbell University alumna came to Lincoln after a five-year stint as head coach of Daytona State College.

The Clarence “Big House” Gaines College Basketball Coach of the Year Awards are presented to the head coach in NCAA Divisions 1 and 2, who may not earn recognition from mainstream outlets. An NSMA committee votes on the awards at the conclusion of the NCAA men’s and women’s tournaments. The Awards are presented at the annual NSMA Awards Banquet.

Gaines was the head basketball coach at Winston-Salem (NC) State University for 47 seasons. His teams won 828 games, including the 1967 NCAA Division II National Championship. That team was led by Earl “The Pearl” Monroe, who went on to an NBA Hall of Fame career. Among other notable players Gaines coached were Cleo Hill, the first NBA first-round draft choice from a historically Black college or university, and sports media personality Stephen A. Smith. A former president of the National Association of Basketball Coaches (NABC), Gaines was elected to the Basketball Hall of Fame in 1982. He died in 2005.