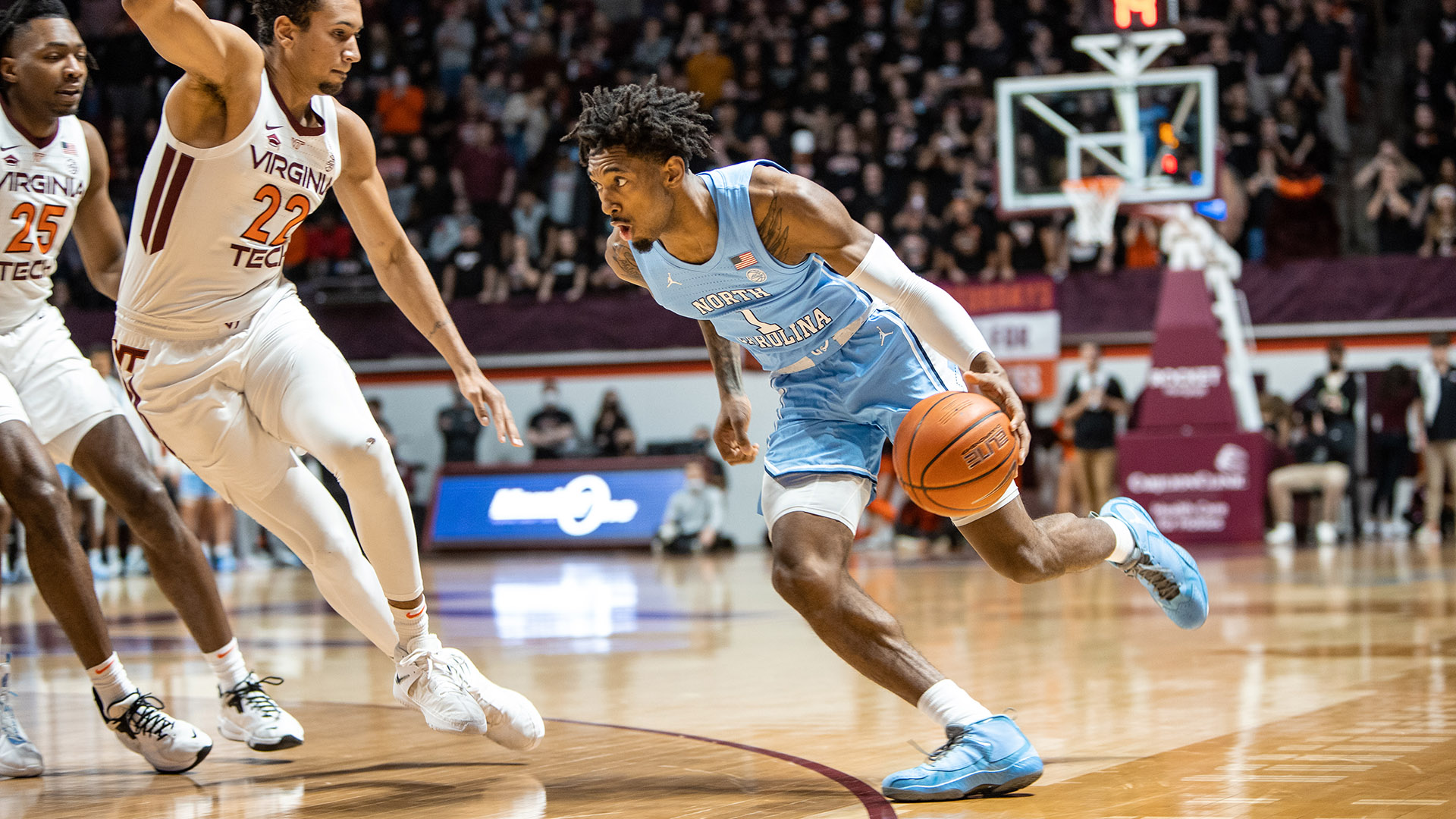 North Carolina has a wealth of HBCU ties this season

The North Carolina basketball program is heavy on HBCU ties as it prepares to take on Kansas.

North Carolina basketball is set to take on Kansas Monday night for the national championship after vanquishing Duke on Saturday.

While this year’s Kansas team doesn’t have any direct HBCU ties, UNC has several players with them. Some have parents who played/attended them, others have siblings that have or are currently playing for them. Still, others have former teammates that are currently hooping at HBCUs.

It starts at the top with head coach Hubert Davis. Davis’ father, Hubert Sr., played his college ball at Johnson C. Smith in Charlotte from 1965-1969. Hubert Davis was born in Winston-Salem, NC in 1970. The younger Davis would go on to follow in the footsteps of his uncle, Walter, at UNC — but his father was a Golden Bull.

Armando Bacot has been a force for UNC his entire career, but never more than he is this season. The Richmond, VA native is the younger brother of Virginia State University junior guard Azhane Bacot.

Leaky Black has been one of the unsung heroes for North Carolina for the past several seasons. He’s not a big scorer but he is a top-notch defensive player and the consummate teammate. The Concord, NC native is also the son of Winston-Salem State University alumna Carla Black. Black was recruited by Roy Williams and averaged 13.4 points, 5.7 rebounds, 3.2 assists and 3.2 steals and was the team’s defensive MVP in leading Cox Mill to the 2018 3-A state championship run.

Freshman Dontrez Styles is a former basketball star at North Carolina prep hotbed Kinston High School. His running mate at Kinston was Issac Parsons, who just completed his first season at Winston-Salem State University. Parson was named to the CIAA All-Rookie team after having to sit out the 2020 season.

North Carolina basketball does have one additional HBCU connection as well. Comedian and media personality Brian “B Daht” McLaughlin is UNC’s in-arena host at the Dean E. Smith Center. The UNC super-fan perfected his hosting abilities at Winston-Salem State University where he currently serves as public address announcer for the WSSU football squad.

North Carolina has a wealth of HBCU ties this season