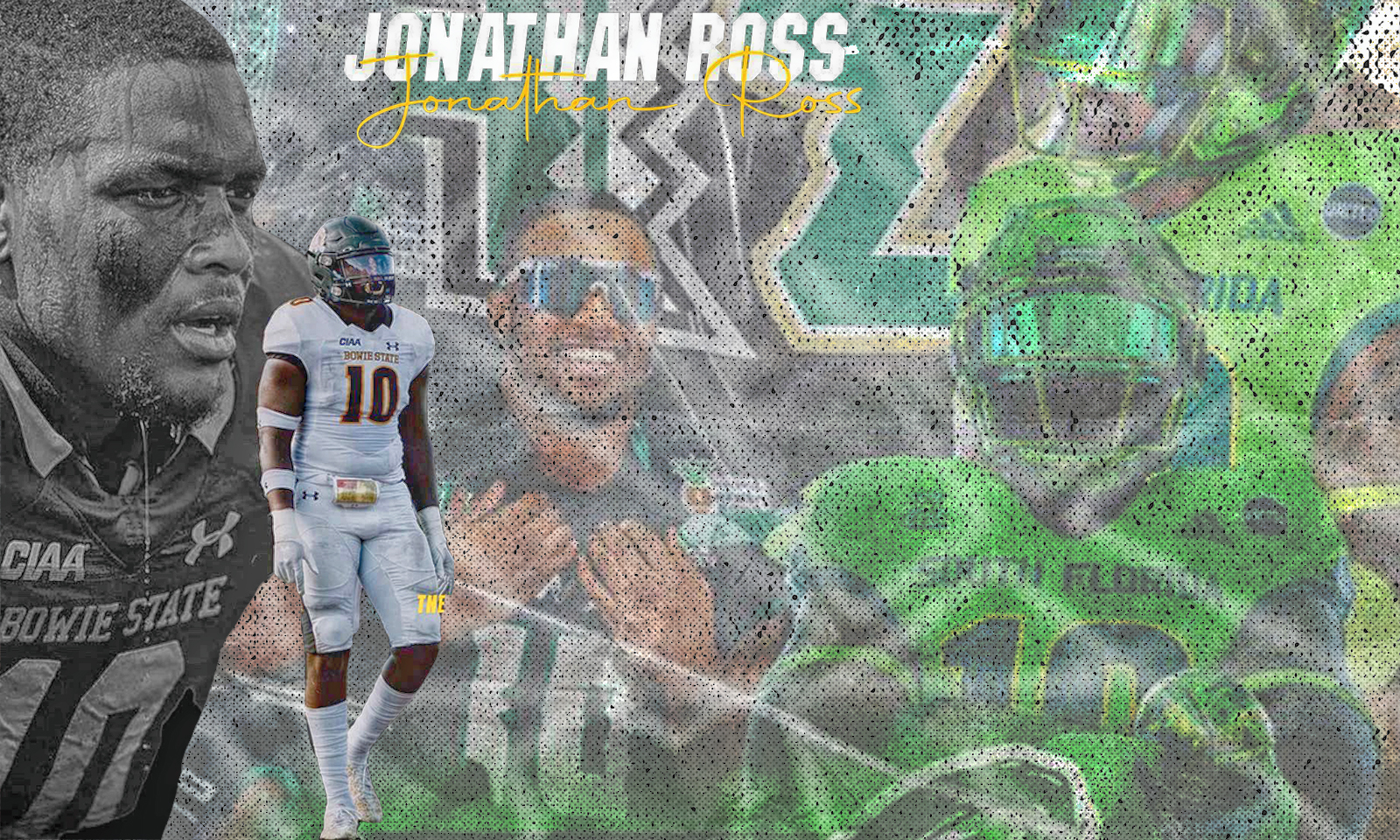 “Top 2!!” Ross tweeted with a graphic of him in uniforms from two FBS schools.

The Bowie State CIAA 4-peat campaign will commence without one of the keys to its defensive dominance as Jonathan Ross, a 6’3, 270-pound All-American defensive lineman from Waldorf, MD entered his name in the transfer portal on February 11, 2022.

While college football players moving team to team via the transfer portal is about as common as kicking an extra point, a Division II player moving up to the FBS level is still noteworthy in the world of college football.

Bowie State University has quietly established itself as the HBCU powerhouse of DII football. Behind a hard-nosed run game and a stifling defense, the Bulldogs of Bowie, Maryland are the reigning three-time CIAA champions and are fresh off an NCAA Division II playoff run to the national quarterfinal round.

Jonathan Ross’ 2021 season lead to him winning a bevy of postseason awards including the Ron Lenz National Defensive Player of the Year.  His 29 tackles for loss in 2021 led all of Division II football.

After a month of offers and visits around the country, Ross announced on March 28th via Twitter, that he has narrowed his search down to two FBS schools.

“I just want to thank God for this opportunity and for all he has done and going to do. I ask that he continues to guide my footsteps!!! Definitely enjoying the process.”

Ross had offers from several FCS HBCUs including FAMU, Southern, and Prairie View A&M but he’ll be skipping the FCS level entirely as he takes his talents to FBS, the highest level of competition in college football.

*Note: Ross was also the CIAA’s 2019 Defensive Rookie of the Year

824
The Latest in HBCU Sports and Culture

809
The Latest in HBCU Sports and Culture