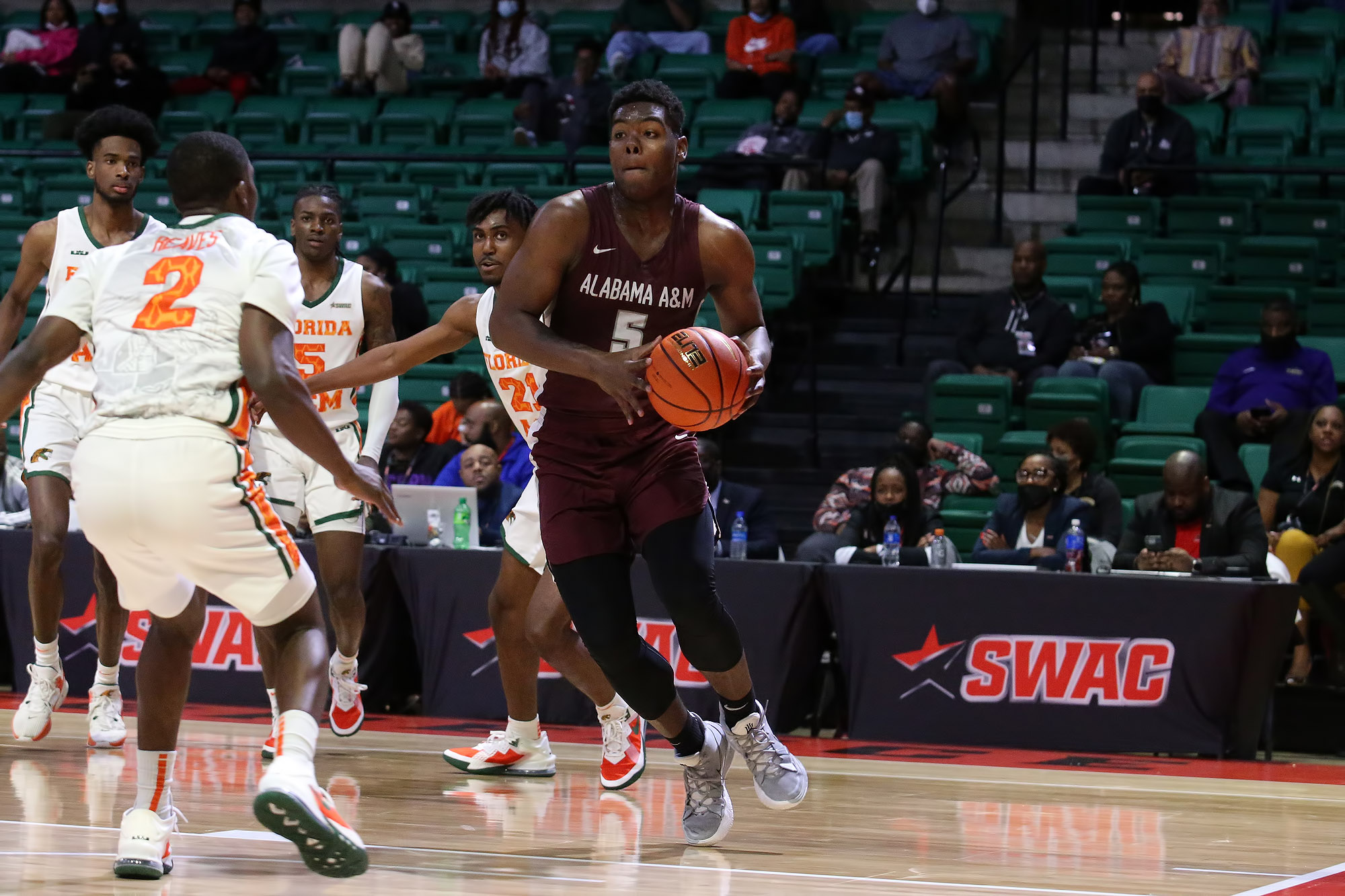 Alabama A&M the latest to potentially lose its top talent.

SWAC basketball has been very transactional since the end of the season thanks to coaching moves and the transfer portal. It may be coincidental but where we’ve seen coaches leave, players have soon followed to the portal. In other cases seniors are looking to explore their opportunities as grad transfers.

On Thursday Alabama A&M forward Jalen Johnson entered the transfer portal according to verbalcommits.com. Johnson was the third leading scorer in the SWAC this past season (16pts) and third leading rebounder at 7.3 per game. Earlier in the week the university parted ways with his head coach Dylan Howard. The Bulldogs made it to the semifinals of this year’s SWAC basketball tournament finishing with a 12-18 record. The 12 wins were the most for AAMU since the 2013-2014 season.

Also on Thursday we discovered that Texas Southern guard Bryson Etienne has entered the portal as well. Etienne was the top scoring guard and third leading scorer for the Tigers at 8.8 points per game. He scored 20+ points on four different occasions last season, including 21 in the NCAA Tournament win against Texas A&M-Corpus Christi.

Florida A&M guard Keith Littles was also a Thursday addition to the transfer portal. The senior started 15 games for the Rattlers this past season averaging 5.8 points per game.

Earlier in the week SWAC defensive player of the year Jayveous McKinnis from Jackson State announced that he was entering the portal. Mo Williams just took over the JSU program after the retirement of Wayne Brent.

When Mo Williams left Alabama State at the end of the regular season some of his players, including Trace Young and Kenny Strawbridge entered the portal as well. Young averaged 11.7 points per game while Strawbridge scored 10.5 per game. The two led the Hornets in scoring this past season.

A player entering the transfer portal does not guarantee that he is leaving the program. There are several cases of players entering the portal only to return to their respective teams.