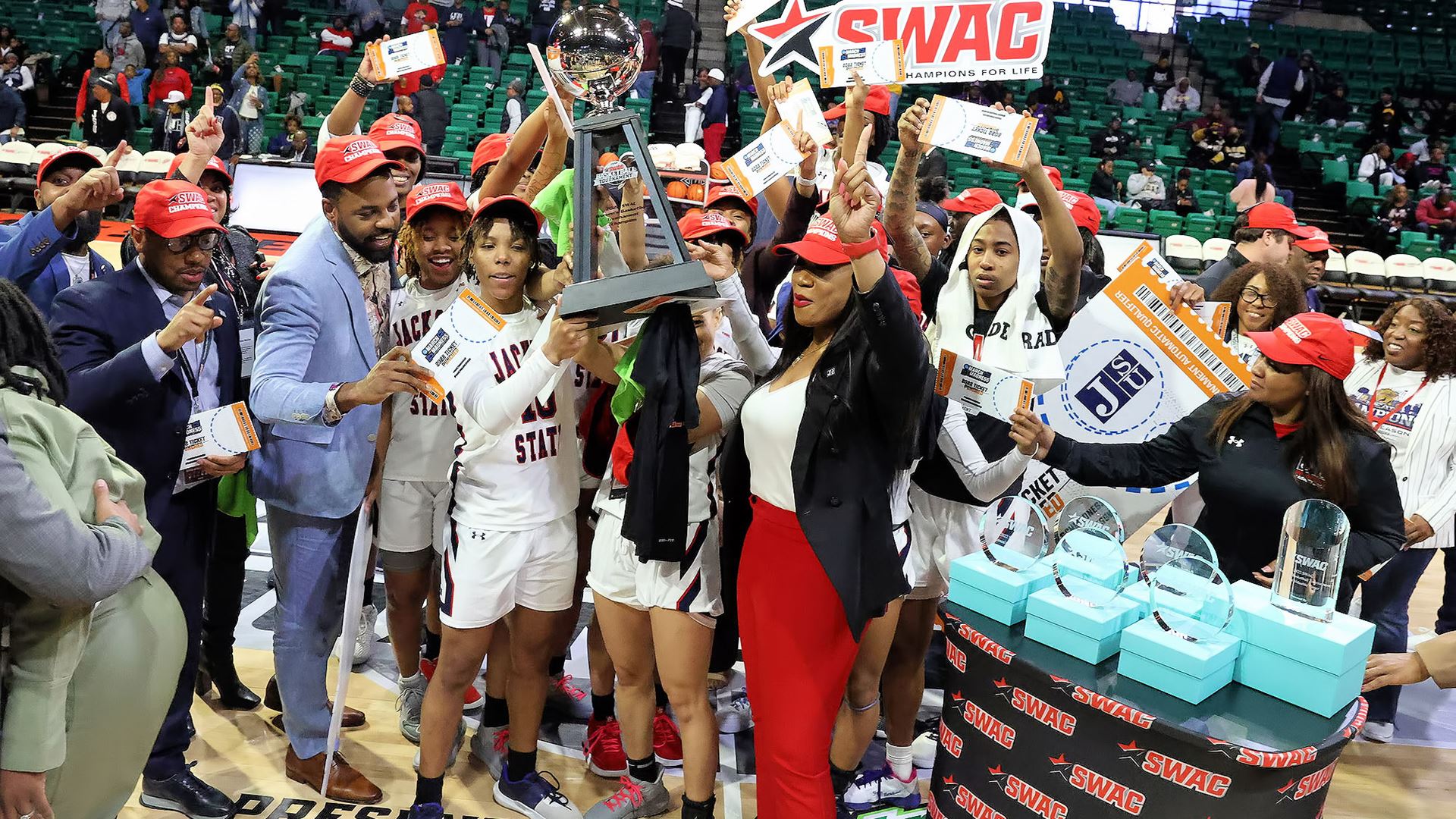 Tomekia Reed won’t be taking over at Ole Miss, but don’t be surprised if she gets a look for other high-profile openings.

The coaching carousel in women’s college basketball is moving strong and one of the names on many people’s list is Jackson State head coach Tomekia Reed.

Texas A&M hired University of Georgia head coach Joni Taylor earlier this week, leaving a vacancy in Athens, Ga. No sooner had news of her departure hit the internet did rumors begin to circulate that current Ole Miss head coach Yolett McPhee-McCuin would be switching SEC schools. Which led some to report that Reed was being considered by the flagship school of the Magnolia State.

Then, only a few hours later, McPhee-McCuin — affectionately known as “Coach Yo” publicly announced that she was staying put in Oxford, MS.

“I truly believe in what was’ve built here at Ole Miss,” McPhee-McCuin said. “Keith and (Ole Miss associate athletics director) Jen (Saxon) are committed to our program. Our visions are aligned and to me that’s important.”

“If you look at my track record, we have been able got show consistent success over a period of time. The Sip is the move, and I’d like to continue to stabilize our program! So renew your season tickets, sit tight and let my staff and I continue to work.”

So Reed isn’t going to Ole Miss. But that doesn’t mean that the coaching carousel or the rumor mill will be stopping any time soon.

A source tells HBCU Gameday that UGA has some level of interest in Reed and will likely reach out to her in some form.

Just last week Reed got a pretty big endorsement from LSU coach Kim Mulkey. After taking Mulkey’s LSU squad down to the wire in an 83-77 loss for JSU, Mulkey said she told Reed that she wouldn’t be at JSU long if they didn’t pay her. Mulkey made a similar comment back in 2012 about then-Prairie View A&M head coach Toyelle Wilson when she was head coach at Baylor. A few months later, Mulkey hired her as an assistant and she’s now the head coach at Southern Methodist University.

Eyes are on Tomekia Reed

Tomekia Reed received an extension back in 2020 after leading JSU to a regular season title that season before the pandemic ended the SWAC Tournament. College basketball coaching moves are likely to continue over the next six weeks as the season ends, and Reid’s name is likely to end up in many of them based on how dominant the program has been in the SWAC and competitive with Power Five programs.

Reed, a Jackson native, sounds dedicated to continuing to build at JSU.

The process of hiring a head coach can take on many different forms. There are candidates of interest, candidates who get contacted, candidates who have conversations and candidates that get interviewed. For now, we’ll have to sit and watch it all play out.