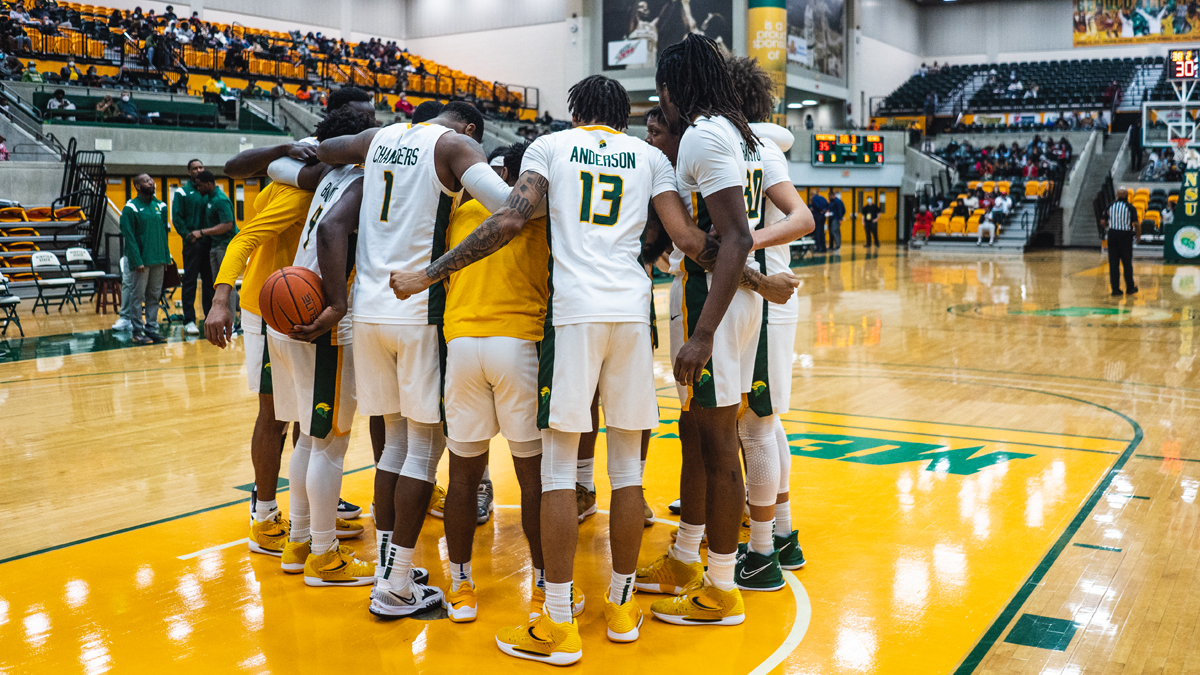 Norfolk State heads into the 2022 MEAC Tournament with the top overall seed as it looks to repeat as champs.

NORFOLK, Va., March 3, 2022 – The Mid-Eastern Athletic Conference (MEAC) has released its men’s pairings for the 2022 MEAC Tournament, March 9-12 at the Scope Arena in Norfolk, Va. The defending champion Spartans of Norfolk State will be the No. 1 seed.

Norfolk State went 12-2 in conference play and enter the tournament with a 21-6 record; the Spartans have won at least a share of a MEAC regular-season title three times in the last four seasons. Howard, at 9-5 in MEAC play, will be the No. 2 seed, with North Carolina Central (8-5) taking the No. 3 seed.

Morgan State claims the No. 4 seed after going 7-6 in conference play, and South Carolina State (7-7), in its first season under head coach Tony Madlock, will be the No. 5 seed. Morgan State got the edge on winning percentage, .538 to .500, since the Bears played one less conference game.

Maryland Eastern Shore takes the No. 6 seed; the Hawks and Coppin State both went 6-8 in MEAC play on the season, but UMES claims the No. 6 seed via head-to-head tiebreaker, leaving Coppin as the No. 7 seed.

The men’s tournament will open at 6 p.m. on Wednesday with Norfolk State taking on Delaware State in the quarterfinal round; Howard-Coppin State will be the nightcap at roughly 8 p.m. Thursday’s quarterfinals will be Morgan State vs. South Carolina State at 6 p.m., with North Carolina Central and Maryland Eastern Shore wrapping up the evening.

Friday’s semifinals will tip of at 6 p.m., and the championship game will begin at 1 p.m. on Saturday and will broadcast live on ESPN2.

The 2022 MEAC Basketball Tournament tips off Wednesday, March 9, and will conclude on Saturday, March 12 with the men’s and women’s championship games. The quarterfinal and semifinal games will be streamed live on ESPN+.

For tournament information, including live stats, log on to www.MEAChoops.com.