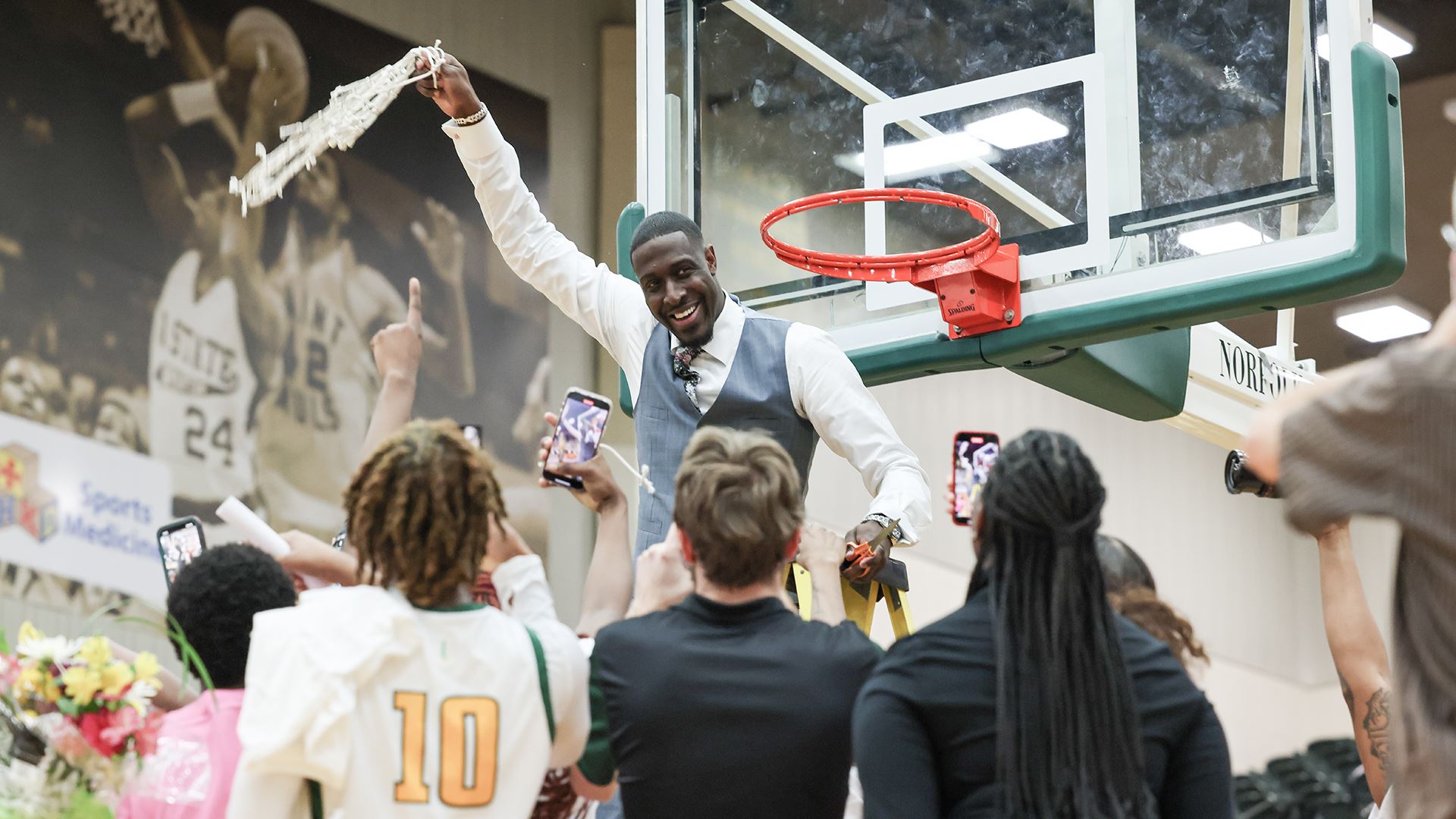 Norfolk State came back to knock off Howard in the regular-season finale, locking up a MEAC co-championship.

Norfolk, Va. – For the first time in program history, the Norfolk State women’s basketball team can call itself MEAC regular season co-champions. The Spartans (15-10, 11-3 MEAC) came back from a 12-point second half deficit against first-place Howard (17-9, 11-3) at Echols Hall on Thursday, winning 62-58 to take a share of the title and snap the Bison’s six-game win streak in the process.

Howard jumped out to an early 5-0 lead before NSU got comfortable. Mahoganie Williams got two layups to fall, and Downs scored a bucket with a foul to cap off a 9-0 Spartan run. The Bison retook the lead before the end of the first quarter, though, and would hold it until the final period.

Destiny Howell, Howard’s leading scorer this season, displayed her shooting prowess in the first half on Thursday, hitting four three-pointers for 15 points. Her third deep ball gave the Bison an 8-point lead late in the second quarter, before Francis responded with back-to-back driving scores.

Downs finally made the Spartan’s first 3-pointer with under a minute left in the first half, but Howell hit another at the other end to give Howard a 33-28 lead at halftime. Howell finished with a game-high 23 points.

Downs scored the first points of the second half, but Howard quickly went on a 9-0 run from there, opening the lead to 12. Makoye Diawara halted the momentum for a brief moment with a drop-step layup, but Howard’s Venessa Udoji responded with a mid-range jumper on the other end.

But Diawara wasn’t done yet. She hit a mid-range jumper of her own, sparking a 9-0 NSU run to get the Spartans back within striking distance. Downs knocked down another 3-pointer during the run, and Francis hit four free throws. The Spartans trailed by four entering the fourth quarter.

And the team came to play for the most important quarter of its season so far. Downs got things started with a 3-pointer on NSU’s first possession, and Niya Fields knocked down her first 3-pointer of the night moments later for the Spartans’ first lead since the opening period. It seemed monumental at the time, but it would turn out to be the second biggest shot of Fields’ night.

Howard regained control for a four-point lead, but Diawara once again stole the momentum back with a timely basket. After Howard got the lead to four again, Downs drilled her fourth 3-pointer of the night to get the Spartans within one. Diawara, who tied her career high with 10 points on Thursday while shooting 62.5 percent from the field, made another basket in the paint to regain the lead.

Howard hit a pair of three throws to take a 58-57 lead with just over two minutes to play, but it would be the last points of the night for the Bison. Fields knocked down a 3-pointer in the corner eight seconds later to give the Spartans a lead they wouldn’t relinquish.

The Bison desperately needed a score, but Diawara soon made the defensive play of the night, rejecting Howard’s Iyanna Warren with the shot clock winding down. The Bison had another chance to tie things up trailing by three in the final 30 seconds, but Fields came up with the strip-steal to ice the victory for Norfolk State.

The Spartans now enter the MEAC Tournament as the No.2 overall seed and on a three-game win streak. Norfolk State will face North Carolina Central in the first round on at 2 p.m. on Wednesday, Mar. 9, at Norfolk Scope Arena.