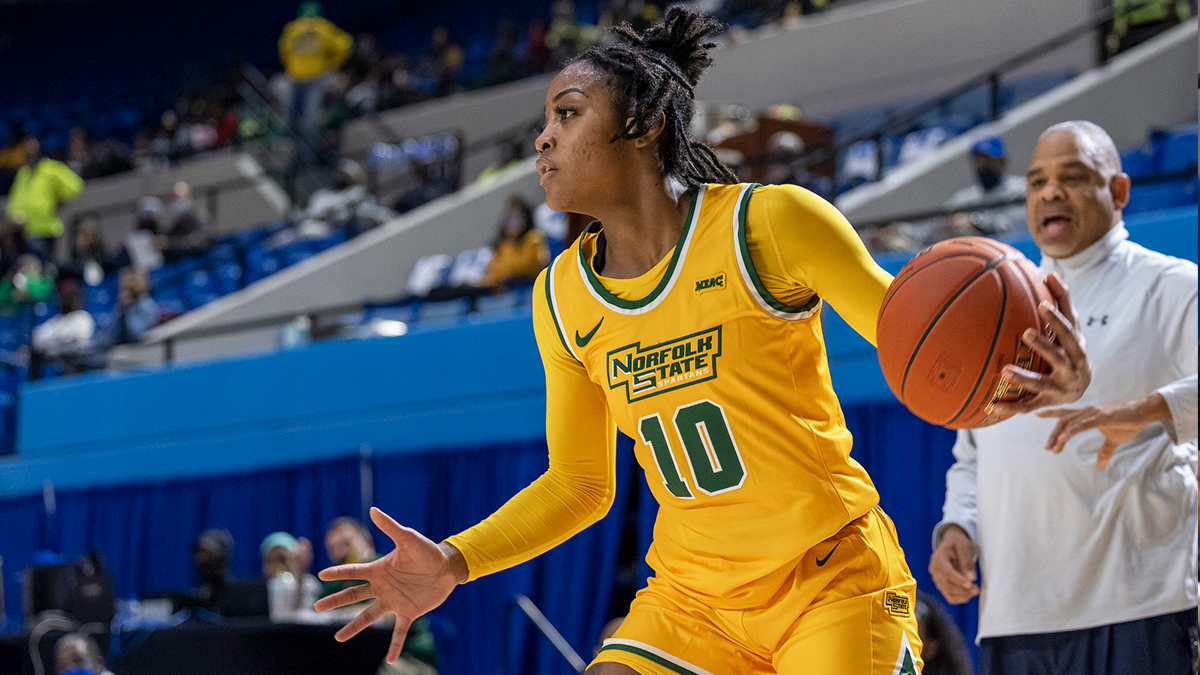 Norfolk State and Morgan State got real physical in Baltimore, leading to a body-slam and multiple ejections.

The intensity of a late-season MEAC game got the better of a few players in the Morgan State — Norfolk State women’s game on Monday night.

NSU suffered a melt-down after having an eight-point lead turn into a one-point deficit in a matter of minutes, and frustrations began to boil over.

Norfolk State’s Mahoganie Williams reached in to commit a foul to stop the clock with 6.2 seconds remaining as her team trailed by one. But she didn’t stop there. She threw Morgan State’s Ja’Niah Henson to the floor in what appeared to be a wrestling-type move.

Morgan State’s Khaliah Hines came to the aid of Henson, pushing Williams. Some staff, security members and reserve players came on the Hill Field House court. Williams and Hines were ejected after a 15 minute pause to the game, as were several other players including Norfolk State’s Makoye Diawara and Armani Franklin.

When the game resumed Morgan State’s Jayla Atmore scored to increase the margin to three-points. Norfolk State got the ball back with three seconds remaining but was unable to get up the shot, falling 51-48 on the road.

The loss was the second in a row for NSU, which is now one game behind Howard in the MEAC. It is tied with Morgan State and Coppin State, the two teams that have handed it back-to-back losses in Baltimore.

Charlene Shepherd had 14 points for Morgan State, which also got 13 points and seven assists from Atmore.

Janay Turner scored 11 points for NSU. Williams had 10 points, three blocks and two steals to go with her one body slam.