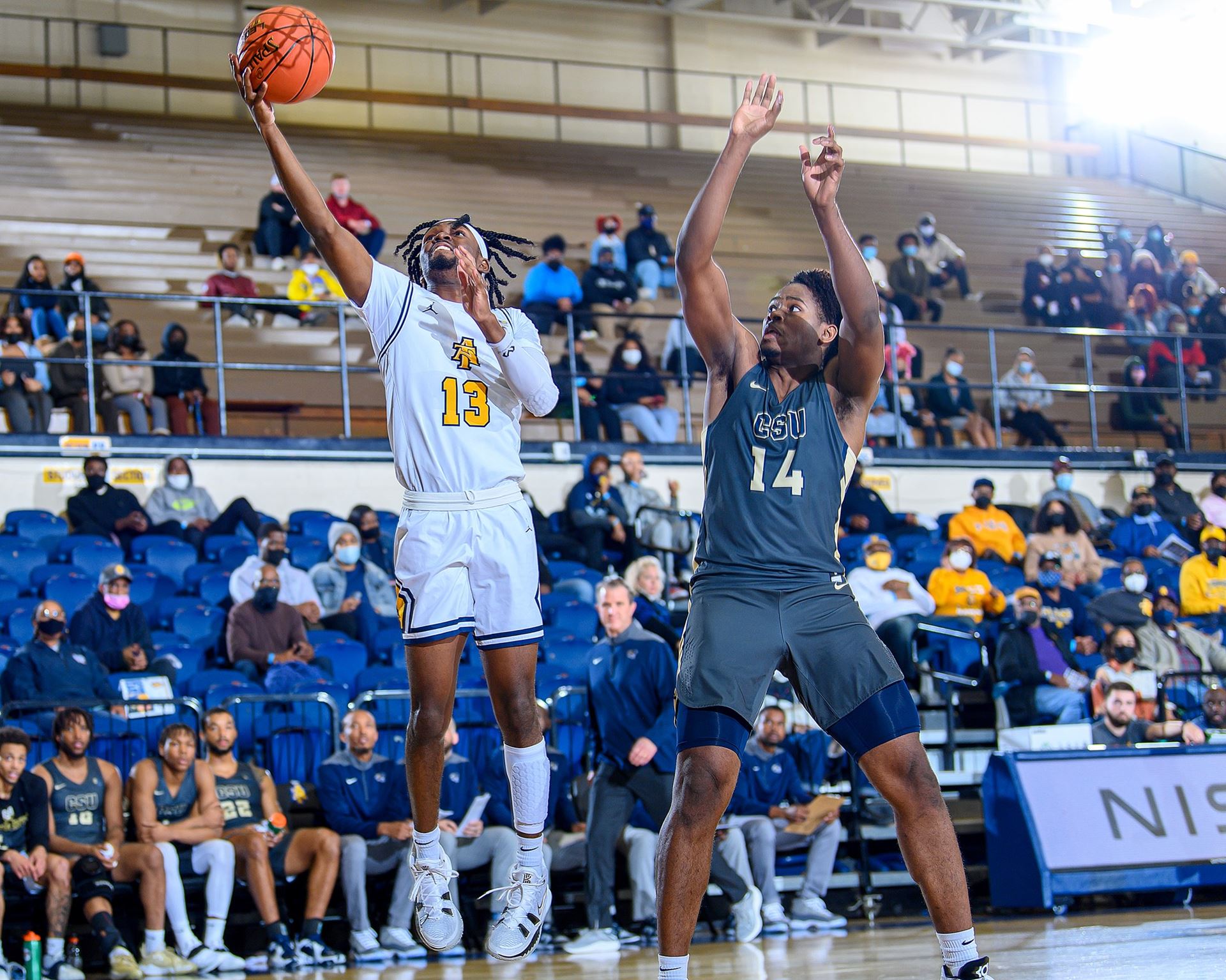 The Aggies struggled to find any rhythm early, were down by as much as eight points in the first half. They rallied to lead 26-23 at the break and then turned up the defensive screws in the second half to come away with a 62-51 win.

Career NC A&T and MEAC assist record holder Kam Langley, who has started the past two games with Watson out, was the only Aggie to score in double-digits with 13 points. He added five steals and an assist.

Freshman Jaylen Jackson came off the bench to get key buckets as CSU came back from an 11-point second-half A&T lead to tie the score at 40 with 7:18 to play. Graduate senior Justin Whatley had nine points including a clutch 3-pointer with 3:59 left that allowed the Aggies to go up 51-46. Jackson scored six of his seven points down the stretch including a key dunk off a feed from Demetric Horton with 2:29 to play that put the Aggies up 53-49.

“I’m really excited about Jalen Jackson, what he brought in the second half as a freshman. There were definitely some bright spots there.”

The win moves the Aggies to 5-6 in Big South play, currently in fourth place in the six-team North Division. They will face division leader Longwood, who is 9-0 in the North, on Saturday (4 p.m.) at Club Corbett. NC A&T squandered a 12-point second-half lead at Longwood in their first meeting on Jan. 26 before fallling 79-71.

Collin Smith is out with an injury and Jones said Marcus Watson was dealing with some “personal things” but would be back practicing with the team on Sunday. “He should be ready for the Hampton (Feb. 16) trip,” Jones said.