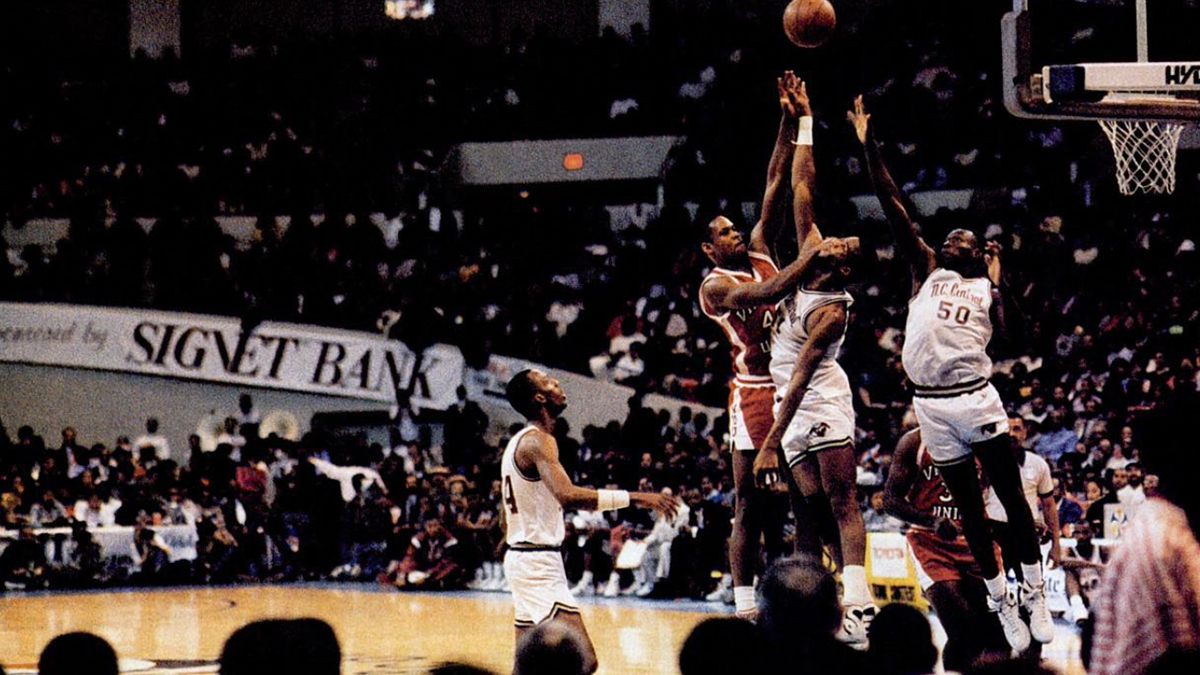 The CIAA Tournament rolls into Baltimore this month. We asked our followers where their favorite CIAA destination has been so far.

After a year’s hiatus due to COVID-19, the CIAA Tournament is back and it is headed for a new destination. The historic tournament is moving to Baltimore after spending the past 28 years in North Carolina.

The move was announced over three years ago, and it has been fiercely debated since then even as we enter the eve of the tournament.

Elizabeth City State alumnus Lance Sanders questioned why so many people were fixated on Charlotte when, per his experience, Raleigh was a better overall spot for the CIAA. So we took the question to Instagram and Facebook. Here’s what people had to say about their favorite historic CIAA Tournament host cities.

As a long time CIAA Attendee and alum of a former CIAA school, I preferred Raleigh. I started attending the CIAA in 1987 when I was in 10th Grade. There was always something magical about the CIAA. Once I got to Hampton and was attending as a student, I figured it out. It was a winter homecoming. It was an HBCU reunion. We got together and we UNDERSTOOD each other. It had that special feel that only HBCU events can have.

Charlotte had a lot of promise, and as a city, it’s layout was perfect for the CIAA. However, the CIAA in Charlotte had lost that HBCU feel. The CIAA in Charlotte had become bigger than ever, and it was not about its member schools’ alumni nor HBCU alumni (in general) anymore. It became a general Black event. It became the NBA all-star game weekend. Fun, sure. But not SPECIAL. No longer magical. Raleigh was the last city that had that magic. That special feel of HBCU events. I pray Baltimore brings back some of that magic, but I am not holding my breath.

The Arena was full in Raleigh. Empty in Charlotte. I actually went to SEE THE GAMES! You could go to parties anywhere. People were such SUCKERS, paying all that money to go to overcrowded bars and hole in the walls! I guess it was the old Freaknik folks coming back to relive those days! Didn’t care nothing about the CIAA, just trying to get their party on! LOL!

CIAA is Charlotte, it’ll be back in the city

Not a big fan it being held in Charlotte but I do know the CIAA better get more bang for their brand because over the last 10 years the CIAA tournament had a 400 million dollar direct impact for the city of Charlotte. How much revenue is going back to the 12 schools and the conference?

Charlotte was a lot better. I live in Baltimore and do not expect much from this year’s tournament. Baltimore was a poor choice.

They have a point. If the tournament went back to Raleigh it would definitely go up. Raleigh at the time wasn’t even the size it is now.

Winston-Salem put it in another level. Other venues were just bigger.