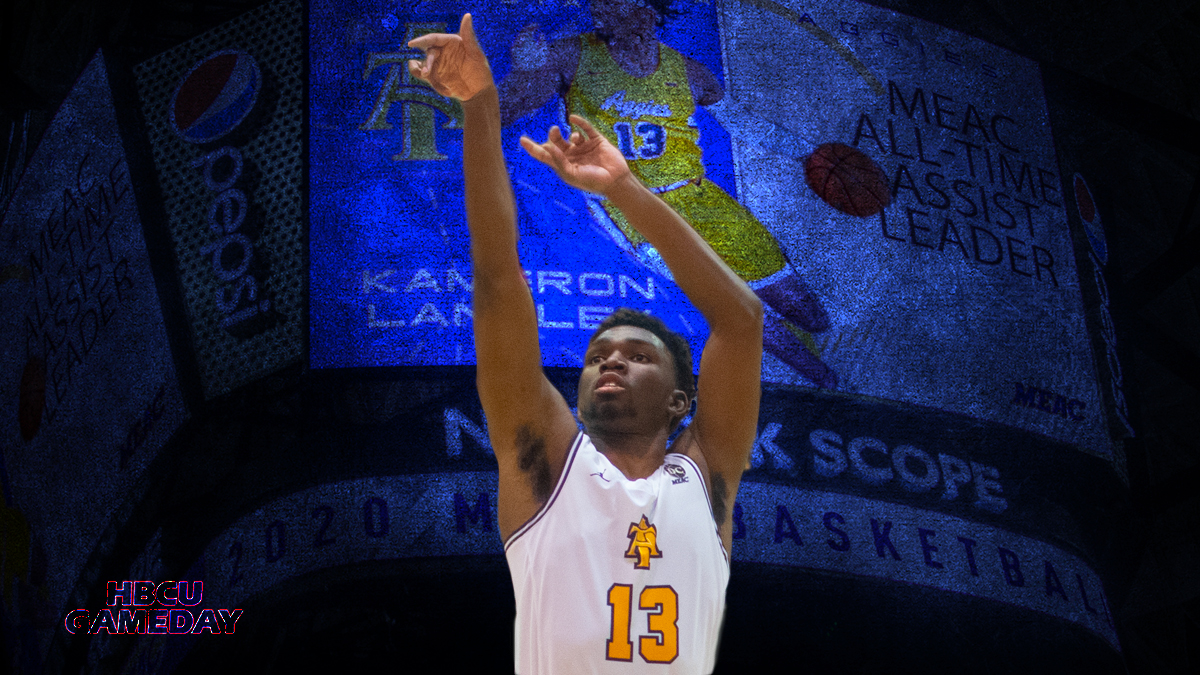 Kameron Langley, the NCAA’s top assist man, is headed back to NC A&T.

Kameron Langley will get a chance to add to his already record-setting numbers.

The North Carolina A&T guard will return to Greensboro for his senior season after withdrawing his name from the NBA Draft.

Langley led the NCAA in assists during the 2019-20 season, averaging eight assists per game. He broke both the school and MEAC records for assists, with his total sitting at 632 after three seasons.

The Greensboro native recorded two triple-doubles as a junior, averaging 9.4 points, 5.2 rebounds and 2.1 steals per game. His play helped NCAT finish second in the MEAC regular season race and win its MEAC Tournament opener before the tournament was called off due to COVID-19.