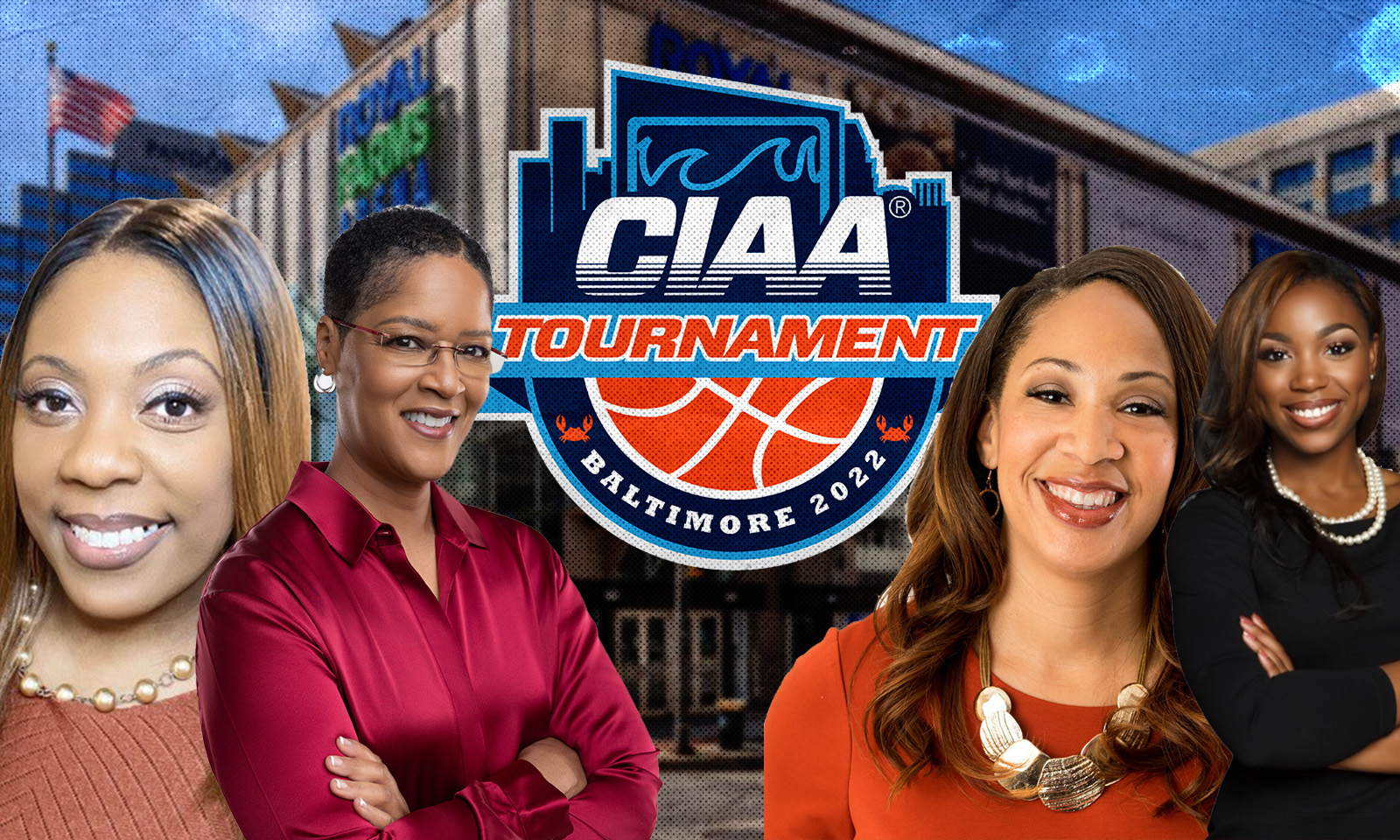 Courtesy of the CIAA

The tournament will take place February 22-26 at Royal Farms Arena in Baltimore, MD. The men’s tournament is celebrating its 76th year, while it will be the 47th edition of the women’s tournament.

To help kick-off the conference’s celebration of the 50th anniversary of Title IX, play-by-play, and color commentary for both men’s and women’s games on Tuesday and Wednesday will feature several minority women including ESPN trio Tiffany Greene, Angel Gray, and Terrika Foster-Brasby as well as veteran color analyst Helen Williams.

This is the first year of a multi-year partnership between the CIAA and ESPN. For the first time in the conference’s history, all 22 games for both the CIAA Men’s and Women’s Basketball Tournaments will be available on an ESPN platform with both Championship games being carried on ESPNU this year.

“We strive annually to provide access and opportunities for both women and men to be in positions of leadership and to grow their craft. It is intentional to support the development of the pipeline of women and Black and Brown professionals in our industry and who believe in our platform,” said CIAA Commissioner Jacqie McWilliams. “The 50th anniversary of Title IX coupled with partnerships such as ESPN allow us to amplify many of the established goals that are highlighted in our strategic plan.”

Gray currently serves as play-by-play for both the WNBA and college basketball with ESPN and the ACC Network. She’s worked as an analyst and play-by-play for NCAA women’s basketball and the WNBA for various sports networks including NBATV, Bally Sports South and CBS throughout her 11-year career.

A former CIAA student-athlete at Saint Augustine’s University, Foster-Brasby has covered the NBA, NFL, MLB, and NCAA Men’s Basketball for outlets such as espnW, ESPN’s The Undefeated, the New York Times, FanSided, and Slam Magazine. She is most notably known as one of the two voices on ESPN’s Around the Rim women’s basketball podcast.

Williams is a former assistant coach and head coach at the collegiate level. She has served as a color analyst for the ACC Network, American East Conference, Ohio Valley Conference, and the Atlantic Sun Conference.

Also joining the talent lineup for early round games will be Sean Robertson. An alumnus of CIAA member Virginia State University, Robertson is an award-winning sports anchor and reporter for WTVR CBS 6 (Richmond) that has experience as a play-by-play analyst, pre-game host, and sideline reporter for both the Richmond Spiders and the VCU Rams.

Games for Thursday through Saturday, including both championship games on ESPNU, will feature CIAA veteran tandem Stan Lewter (color) and Scott Pryzwansky (play-by-play) on call.

Lewter has covered the CIAA for more than two decades and also serves as an analyst on ESPN for college basketball and football. Pryzwansky has served as a reporter and host for live telecasts of the ACC Men’s Basketball Tournament, ACC Football, SEC Football and, in addition to the CIAA, has handled play-by-play duties for the Greensboro Swarm and others.