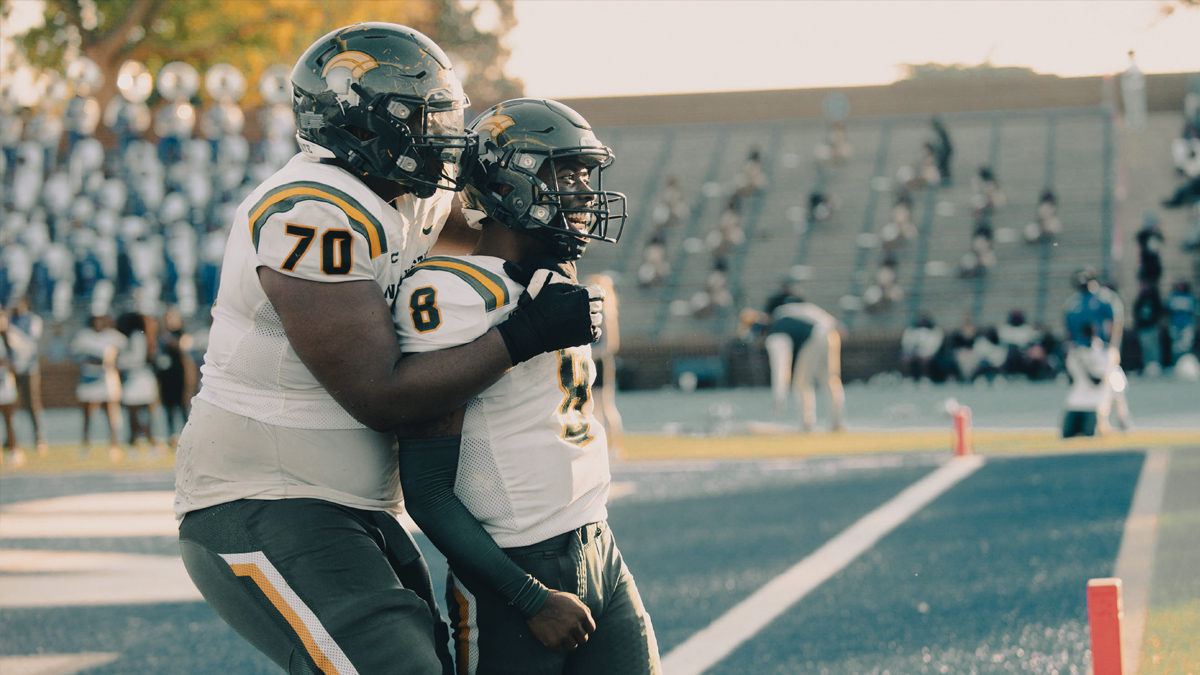 Justin Redd, the top offensive lineman in the MEAC this past season, has decided to enter the transfer portal.

The top offensive lineman in the MEAC from 2021 is looking for a new home.

Norfolk State grad student Justin Redd is entering the transfer portal. He announced his move on Friday via social media.

“First, I want to start by thanking God by giving me the ability and skill set to play the game I love,” Redd wrote in his caption. “I would also like to thank my family and teammates for believing in me. Lastly, I would like to thank Coach Scott, Coach Odums, Coach Sweet but especially Coach Torrey for believing in a kid from Hampton. I want to thank Norfolk State University for everything they did for me while I was there. The friendships and bonds that I made will stay with me forever.”

“But with that being said I am now in the NCAA Transfer Portal with 1 year of eligibility remaining as a Grad Student.”

The former Hampton High school star was a part of the 2017 recruiting class signed by then-head coach Latrell Scott that included quarterback Juwan “Pootie” Carter. After redshirting as a true freshman he played in all 11 games as a redshirt freshman in 2018 and then achieved All-MEAC honors in 2019 as he started every game at right guard. He was named the MEAC Offensive Lineman of The Year following the 2021 season.

It hasn’t taken long for Redd to draw offers from other Division I programs, including HBCUs in and out of the MEAC. Toledo has offered red along with Alabama A&M, Mississippi Valley State, South Carolina State, Florida A&M and hometown HBCU Hampton University. One of Redd’s NSU teammates, running back Kevin Johnson, has already transferred to Hampton.