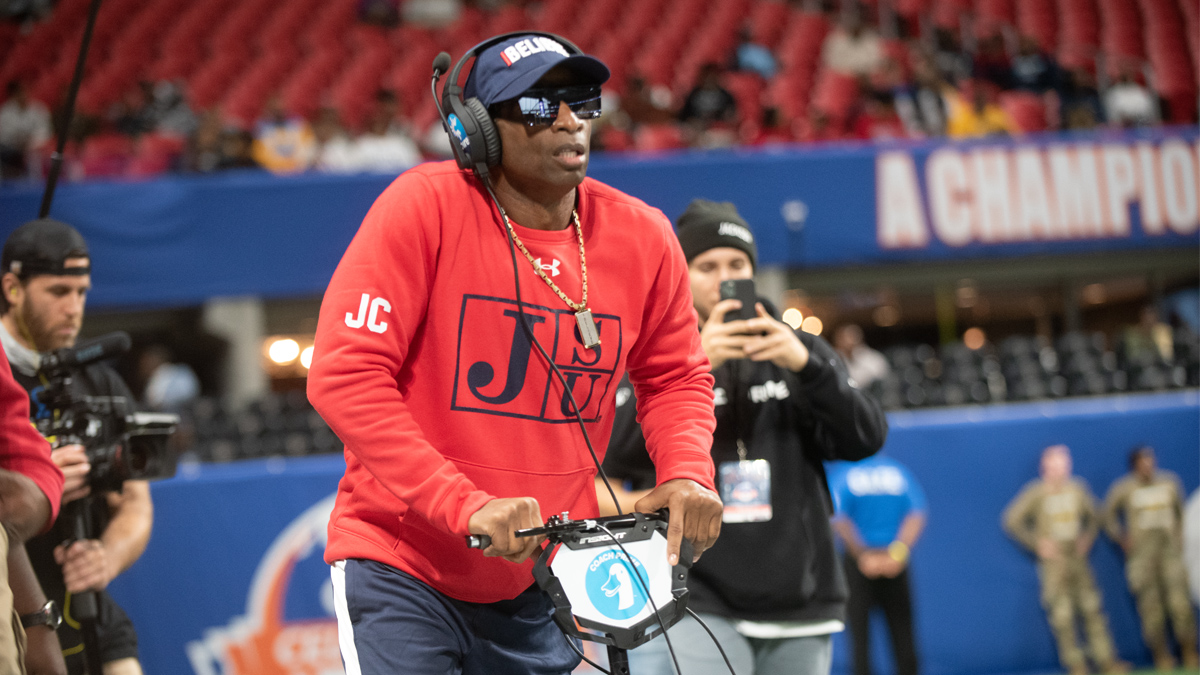 Is Deion Sanders the man to return the Dallas Cowboys to glory? Shaquille O’Neal recommends that Jerry Jones go after him.

Before he was the head coach at Jackson State University, Deion Sanders was a star defensive back for the Dallas Cowboys. One Cowboys fan — and a legendary athlete in his own right — thinks that its time Coach Prime returns to Dallas.

Basketball Hall of Famer and current NBA analyst Shaquille O’Neal says he thinks that Sanders is the answer for what ails the once-mighty franchise. He gave his thoughts on a recent episode of The Big Podcast with Shaq.

After starting his career with the Atlanta Falcons and spending a season with the San Francisco 49ers, Sanders spent five years with the Dallas Cowboys, helping the franchise win its fifth Super Bowl in his first year with the franchise. More than a quarter of a century later, the Cowboys have yet to win the Super Bowl — or even make it to the NFC Championship Game — since then.

Of course, Sanders has already awakened one sleeping giant in Jackson State. After going 4-3 in the shortened spring season, Sanders led JSU to an 11-2 record, including a SWAC title and a Celebration Bowl appearance.

Turning around a team in the SWAC East is a little bit different than lifting up a franchise in the NFC East. And right now, the job isn’t even open as Mike McCarthy is still the head coach for the Cowboys. Clearly, though, Shaq is one of many people that think highly of Deion Sanders’ ability to lift a team.