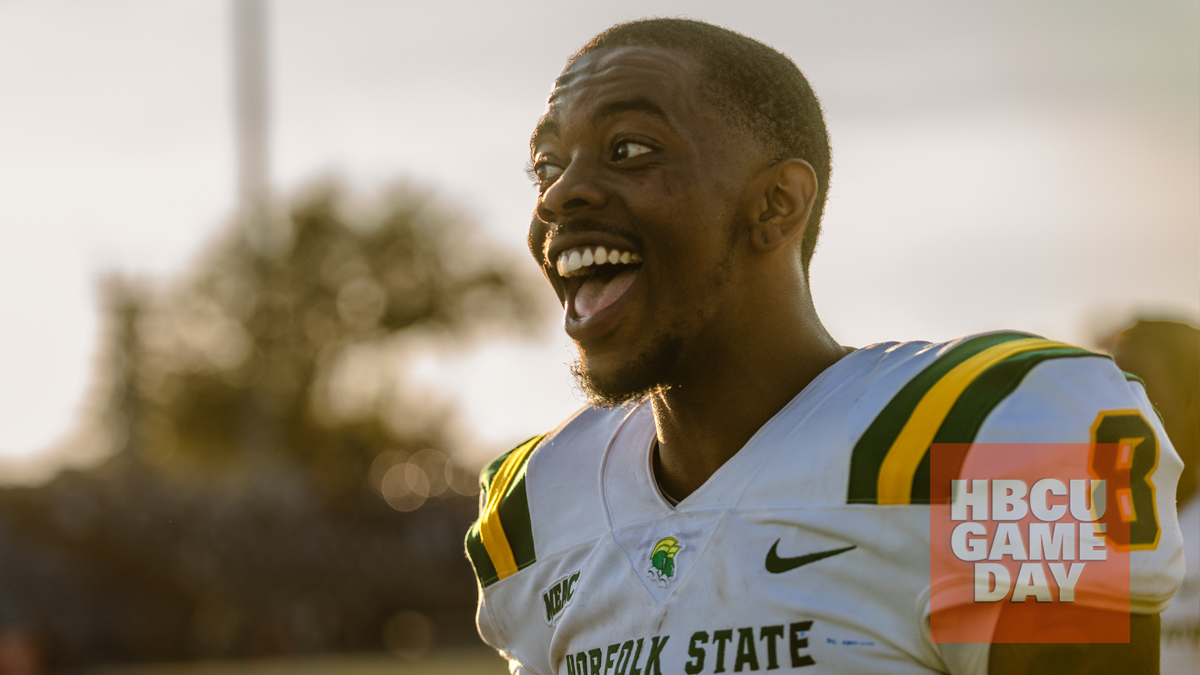 The Maturation of Pootie: Juwan Carter leaves his mark

Latrell Scott still remembers the day he first laid eyes on Juwan Carter, the kid everybody called Pootie. He was visiting Highland Springs High School, a traditional power on the outskirts of Richmond, VA. Scott was the head coach of Virginia State at the time.

“I’m a Richmond guy through and through. When we took over the program at Norfolk State, you know, we kind of use the same formula we had at Virginia State,” Scott said over the phone. “We were going to kind of recruit locally and regionally before we even thought about going nationally. So obviously we felt like we could build a team at Norfolk State starting with kids from the 757, and the 804 and I’ve known Pootie’s high school coach almost 20 years now.”

Loren Johnson told Scott that day that Pootie was going to be his next quarterback. Maybe. He was still more of a baseball player than anything. A few years later, he led HSHS to its first state title in nearly half a century. Three years later, in the fall of 2016,  Carter committed to Scott and NSU.

“We just kind of followed him and tracked him and obviously Marcus Taylor and Isaiah Winstead were on those teams and all the kids that we’ve ever taken from Highland Springs were good football players. We were fortunate to sign him. He committed to us in August and obviously when you get a kid that commits to you in August — you know, obviously, that’s a really good player — we were a little bit nervous that we wouldn’t keep him through the signing day.”

But when signing day came, Carter was one of 23 players that committed to NSU. The class included defensive linemen DeShaan Dixon of Chesapeake, kicker Josh Nardone of Virginia Beach, offensive tackle Justin Redd of Hampton and Pootie’s high school teammate Isaiah Winstead. All but Winstead have been with the program since then and Saturday will step out onto William “Dick” Price Stadium for the last time wearing the Spartan green and gold against South Carolina State on Saturday.

All of them have left their mark on the program, but Carter was and remains the headliner. He was part of a talented 2017 crop of freshmen HBCU quarterbacks that was headlined by Caylin Newton of Howard and includes Alabama A&M’s Aqeel Glass.

Unlike Newton and Glass, Carter didn’t start his first game as a freshman — a loss to Virginia State — but he did play and ascended to the starting spot shortly thereafter.

“He didn’t start the very first game of his college career, but he played. He finished it,” Scott remembered. “And you know, he’s played every game except one game since then.”

A few games into his career as a starter, he ended North Carolina Central’s 17-game MEAC winning streak on the road. He passed for 1,827 yards and 13 touchdowns against just six interceptions while starting nine games. His sophomore year was rough in spots, as he threw for more interceptions (14) than touchdowns (13).

Scott’s faith in Carter set him up for a big junior season in 2019. He led the MEAC in total passing yards (2,631), total offensive yards (2,856) and touchdown responsibility (29) and tied for the lead in touchdown passes with 23. NSU didn’t have a great record, but there was optimism around the program that 2020 would be the year NSU and its veteran group pushed towards the MEAC title. Then 2020 happened. Then NSU opted out of the 2021 spring campaign. Then Scott left to take a position as tight ends coach at East Carolina.

Carter pondered transferring despite being on the brink of eclipsing several records by NSU’s legendary quarterback Aaron Sparrow if assistant B.T. Sherman wasn’t allowed to coach the team through the fall. NSU would go on to hire Dawson Odums from Southern. Odums kept Sherman on the staff and kept Juwan Carter as his starting quarterback.

“I’m glad that coach Odums thought enough of what we have done to kind of keep the system in place and keep some of the coaches in place. So a lot didn’t change for Pootie you know? It shows you how special Coach Odums is for a guy to walk in and say, ‘Hey, this part of the program in isn’t broke, so you know, let’s not try to change this.”

For a while, it looked like Carter and NSU might finally break through and claim the first MEAC title in NSU history. (The 2011 title was taken away by the NCAA due to ineligible players.) After a pair of losses to FBS schools, NSU went on a six-game winning streak led by the arm and legs of the skinny kid from Highland Springs. But back-to-back losses to North Carolina Central and Delaware State after leading by 20-plus points have eliminated NSU from title contention.

Still, this season has been one to remember for Carter and NSU. NSU won the first Battle of The Bay since 2017 as Pootie scored five touchdowns, including the game-winner in overtime. He broke Sparrow’s marks for completions and attempts as well as total offensive yards and passing yards, marks that had stood for a quarter-century. He enters Saturday’s game needing just 42 yards to break the 10k mark in total yards, 69 to break 10k passing.

“The success he’s had, a lot of it is self-made. He’s a very driven kid. He’s a poised kid. He’s a leader. He’s one of the favorite guys who have ever coached,” Scott said. “And, you know, we still talk about once a week.”

“Believe it or not, you know, there were some critics at times that, you know, wanted to go in a different direction — sit him down. But I was just hard-headed to say, ‘Hey, he’s our guy and we’re going to stick with him, and you know, thankfully we did.”

The Maturation of Pootie: Juwan Carter leaves his mark