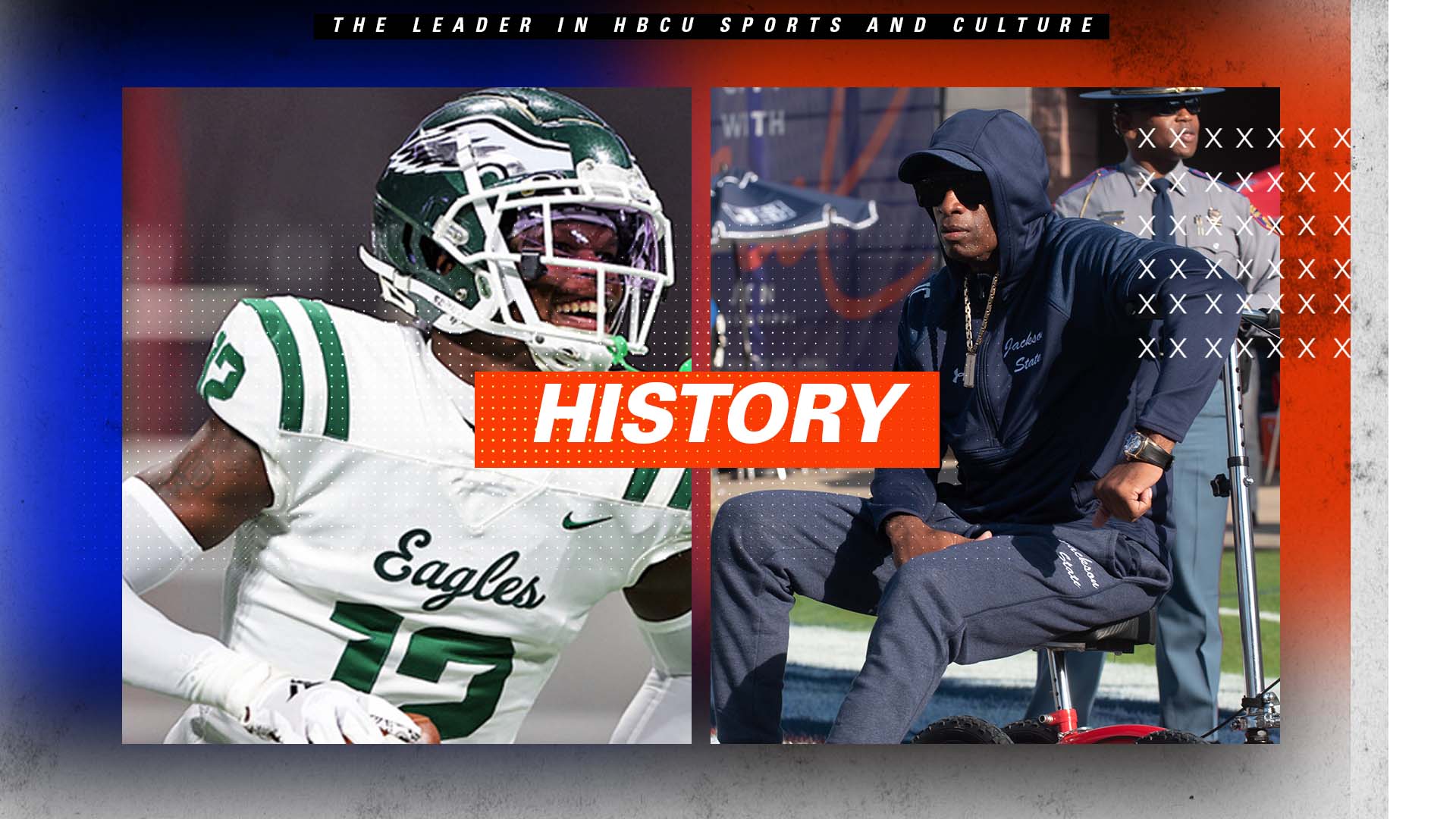 Hunter made SportsCenter with a dynamic catch in final high school game.

The nation’s top high school prospect and Jackson State recruit Travis Hunter finished his High School career on Saturday in a heartbreaking loss. Hunter had nearly 200 yards receiving and two touchdowns as his no. 3 Collins Hill team lost 40-36 to Graham-Kapowsin from Washington state.

The matchup was part of ESPN’s State Champion Bowl Series played at Bishop Gorman High School in Las Vegas, Nevada. Collins Hill was the class 7A state champion from Georgia. Graham-Kapowsin was the 4A champion in Washington.

After the game Hunter’s mind was all on Jackson State. He quote tweeted the highlight from his touchdown telling Shedeur Sanders and Deion Sanders, it’s “time to work.”

His future school was suffering its very own heartbreak on Saturday as well. A turnover plagued Jackson State fell to South Carolina State 31-10 in the Celebration Bowl in Atlanta.

The attention is now on what the future holds for Jackson State and Travis Hunter. The fruit of this bold decision will be watched by many as Hunter now begins his transition into college.