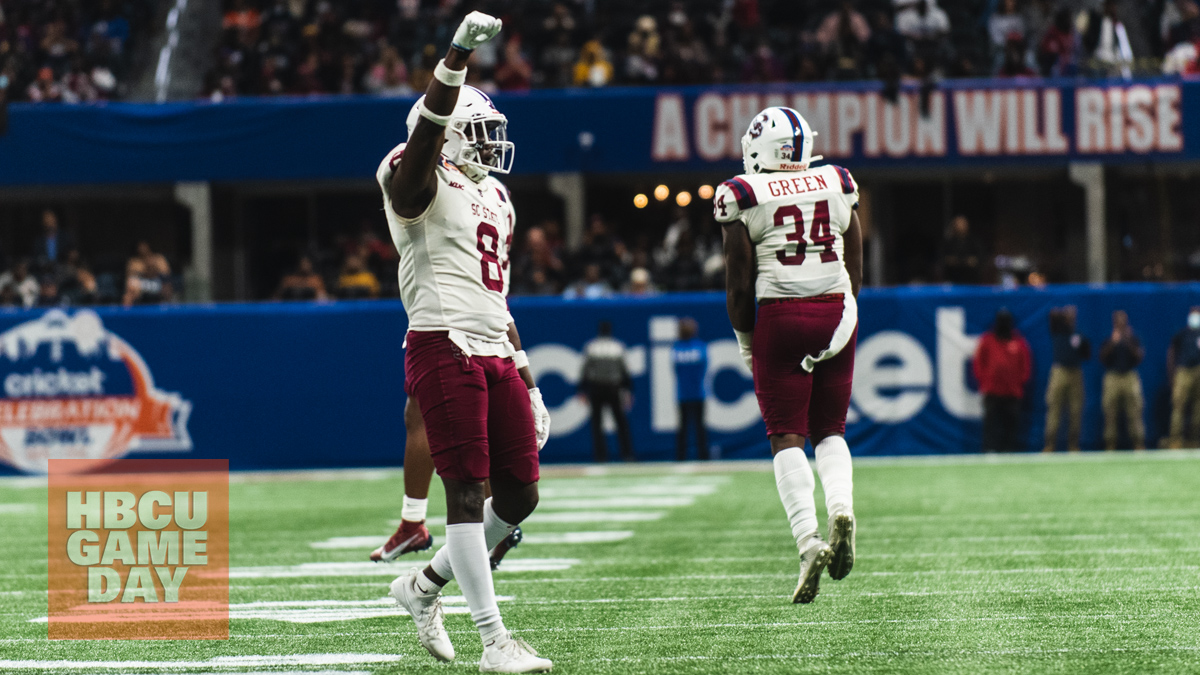 MEAC gets the last laugh at the Celebration Bowl

The MEAC has suffered its share of losses since the 2019 Celebration Bowl. But when the dust settled, the underdog prevailed on Saturday.

The last time there was a Celebration Bowl, back in 2019, the MEAC left the game with the trophy for the fourth time in a row. In the 24 months that have followed, the conference has lost three schools, including four-time winner North Carolina A&T. The two others — Florida A&M and Bethune-Cookman — left for the SWAC. That brought the number of football programs in the conference to six, with continuous talks and debate about the future of the conference.

Since the summer of 2020, the MEAC has been looked at from the outside — and sometimes the inside too — as a conference on the brink of disaster.  Rumors have circulated about current members looking to move elsewhere, while potentially attractive institutions are being courted but haven’t made a move.

Meanwhile, the SWAC grabbed two of its premier football programs, had a highly successful and visible spring season and all the buzz that Deion Sanders and Jackson State brought along with it.

And yet, when the dust settled, the MEAC came out on top thanks to the Underdogs from Orangeburg, South Carolina.

SC State started 2021 with a loss to Alabama A&M on its home field in Orangeburg. AAMU, the spring SWAC football champion, dominated in a 31-7 win. After the game, the AAMU players gloated on SCSU’s field.

“The MEAC is done,” one player said definitely.

“What is a MEAC?” another asked rhetorically.

“What is a MEAC? Let me think,” he said, tapping his temple. He then pointed to the top of the Mercedes-Benz Stadium to an electronic sign celebrating his team. “Celebration Bowl champs. The MEAC run this.”

With five wins in six years in the Celebration Bowl, plus the domination of the MEAC/SWAC Challenge, it’s hard to argue against that right now.

Long before the Celebration Bowl put nearly 50k fans in Mercedes-Benz Stadium, MEAC Commissioner Dennis Thomas envisioned it all. It took nearly a decade to make it happen as he had to convince not only ESPN but the presidents and chancellors in the league to make it happen.

“It warms my heart to have the vision to ask ESPN to have a post-season bowl game — and this happened in 2004 — not to give up on the vision,” Thomas told the media after the game. “I didn’t know how the game was going to turn out. I knew how I wanted it to turn out. But to see the crowd increase. The fans. It just warms my heart.”

MEAC gets the last laugh at the Celebration Bowl