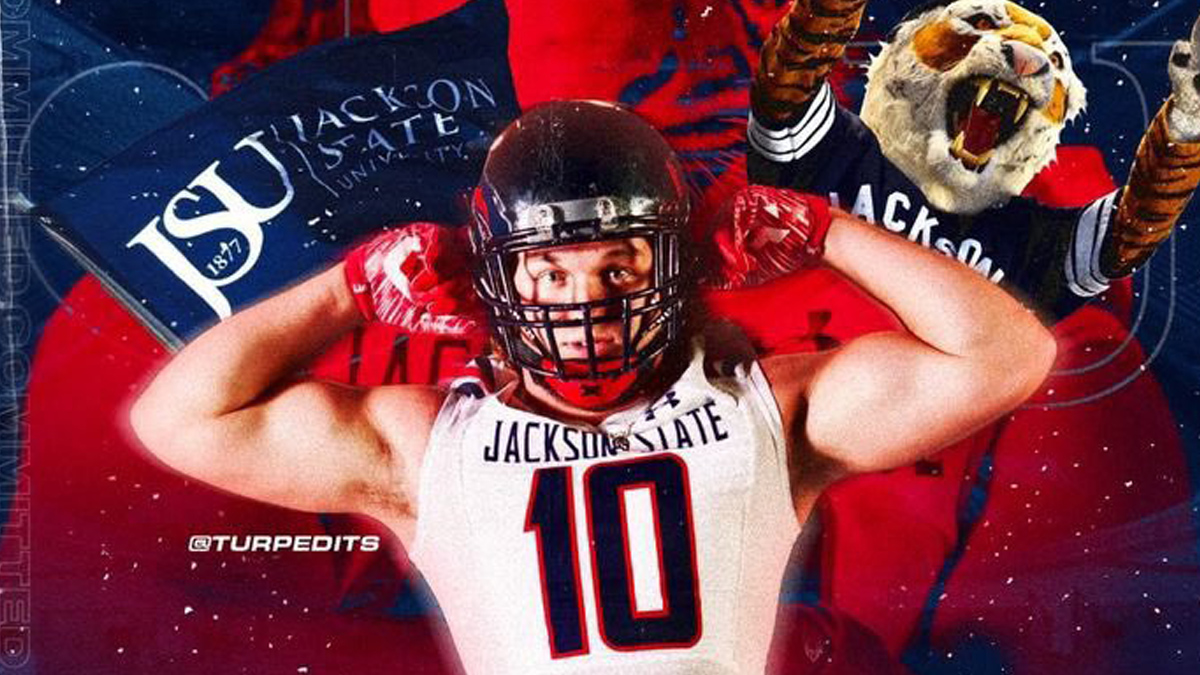 Jackson State made waves by flipping top recruit Travis Hunter Jr. from Florida State. But he wasn’t the only FSU connect to sign with JSU.

Jackson State pulled off the biggest news of the day in the college football world as it pulled in a commitment from Travis Hunter Jr. The top-rated player in the 2022 class had initially committed to Florida State before flipping to Deion Sanders and JSU.

While that was the biggest news of the day, it was far from JSU’s only big signing.

The Tigers added beef on the defensive line with the addition of three-star Josh Griffis. Griffis was a part of the 2020 recruiting class for Florida State before entering the transfer portal in August. He signs after a stint at IMG Academy.

JSU pulled in six FBS transfers, including a pair of Indiana wide receivers in Cameron Buckley and Jordyn Williams. Williams played for Sanders and with Shedeur Sanders at Trinity Christian.

Evan Henry is headed to JSU from the University of Louisiana-Monroe. The offensive guard was rated as a three-star coming out of high school.

Former FIU edge Jason Mercier is headed to JSU as well as Michael Pleas, a safety from Southern Miss.

Rounding out the Day One haul was Mark Pope, a former wide receiver for the Miami Hurricanes. Pope caught 52 passes for 680 yards and four touchdowns while at Miami before entering the transfer portal.

The transfer portal has yielded solid results for JSU so far, including James Houston, Malachi Wideman, Aubrey Miller and others. It will hope for similar success with this group as well.

95
The Latest in HBCU Sports and Culture