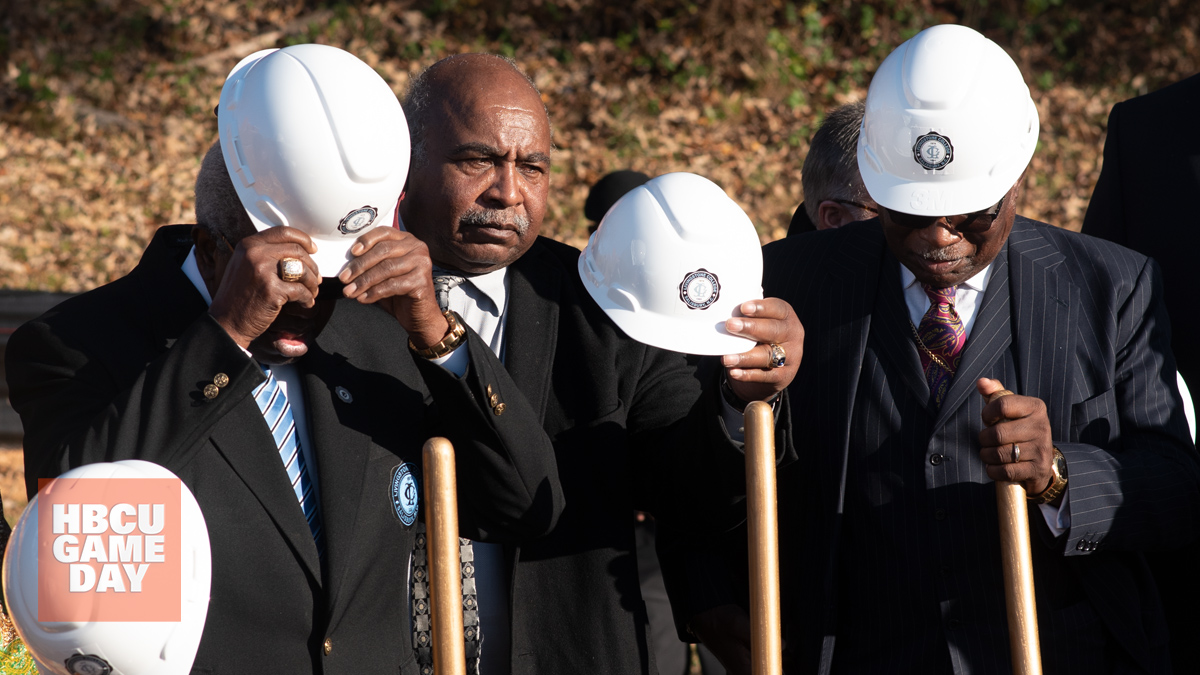 Willie Lanier knows he didn’t become a Hall of Famer by himself. And he knows others will need help to achieve their dreams as well.

SALISBURY, NC — Even at 76 years old, Willie Lanier stands out in a crowd.

The former Kansas City Chiefs linebacker and Pro Football Hall of Famer may have lost an inch or two from his playing height of 6’1, but he still has a towering presence. Armed with a razor-sharp intellect and a vocabulary to match, when he speaks — people listen.

The voice that once commanded an NFL defense is now used to advocate for funding for facilities at historically black colleges and universities. That’s what brought him to Livingstone College in Salisbury, North Carolina — the birthplace of black college football. The college, founded by the African Methodist Episcopal Zion Church, played a game of football against nearby Biddle in 1892, making it the first game of football between two black colleges.

Lanier has spent the last several years raising capital to improve football facilities at schools like Livingstone College. As he showed up on this unseasonably warm, yet breezy late November day to participate in the groundbreaking of the facility upgrade, he went below the surface level to dig deeper into why such endeavors are important.

“No one knew exactly where that was going to go,” Lanier said of the game in 1892. “Even if you talk about ships coming across an ocean. You talk about the grace of God with the people that someone thought they could enslave, and our ancestors said, no way were you going to enslave save us. Because we’re going to have education.”

The Education of Willie Lanier

Education is something that Lanier values deeply. He played his college football at Morgan State College (now University) in the 1960s, competing in the same CIAA that LC is currently a part of. But before he landed at Morgan State, where he was tutored on the field by the great Earl Banks, his future was shaped by his upbringing in Richmond, Virginia during the Jim Crow Era.

Lanier attended all-black Maggie L. Walker High School. The school was named after the first black woman to own and operate a bank in the United States. Tennis legend Arthur Ashe and Basketball Hall of Famer Bobby Dandridge walked the halls of the school at the same time. Just up the road in Prince Edward County, however, students that looked like Lanier were being kept out of school due to white backlash from the Brown vs. Board of Education decision. The times left a permanent impact on Lanier.

“So my life became one of education, understanding education,” Lanier told the crowd. “I don’t have to go to school because I can consume literature that lets me know and compete with anybody, anywhere, as long as I’m constantly involved in it.”

Weighing only 152 pounds as a sophomore, Lanier didn’t see himself having a future in football. But a coach saw something in him, told him that he had better lateral movement than anyone that he had ever seen, and gave him the confidence to go out and compete. Even after earning a chance to play collegiately at Morgan, he says playing pro football wasn’t his focus.

“So my journey took me, then, to a historically black college with not anything in my mind about playing professional football,” he said. “It was to get my degree. To have something called all rights and privileges thereto appertaining said to me as I walked across the stage had nothing to do with some contract that somebody could offer.”

Lanier became an All-American as Morgan State dominated the CIAA and scouts flocked to the Baltimore school. Lanier was selected 50th overall in the 1967 NFL-AFL Draft by the Chiefs. He went on to break the glass ceiling of playing middle linebacker in pro football. Today it’s no surprise to see a black middle linebacker. But that’s only because men like Lanier were just too good to be denied.

But what if Lanier hadn’t had a coach that instilled confidence in him? What if he had not had the shelter of Maggie Walker High in a world that told him that it would rather shut down schools than educate people who looked like him? The answers are pretty obvious. History is not made by historical figures, it is made by real people challenging real problems and pushing through them. People like Willie Lanier.

A few years ago, Lanier was approached by Joe Taylor, the legendary football coach and current VP for Intercollegiate Athletics at Virginia Union, to help raise capital for a new field at the school. The grass at historic Hovey Field, just blocks away from where Lanier had gone to school at Maggie Walker, had not been replaced since the field was installed in 1907. Lanier said he had to ask God before he would jump into it, because he wasn’t really interested in having his name on another project.

In addition to praying, Lanier connected with his roots as a young black man with a safe haven to push him forward into greatness. He also realized that once the greater world opened up to African-Americans, institutions like his high school and historically black colleges still have the power to change the trajectory of a life, or the nation. But they also need TLC — Tender, Love and Capital — to provide students the ability to excel as they had been left out of the arms race in college athletics.

“All of that starts to reflect itself on how you feel about your confidence, all your confidence and taking you places that others were trying for you not to go,” Lanier said. “At many times when we would talk about education, some of the big, well-known white schools will attempt to have those who went to historically black colleges and feel your degree was not equal to theirs. Well, the reality was that we are equal to everybody, anywhere at any time. We can present it, we can acknowledge it, we can do it.”

And so, the “Honey Bear Project” was born. Lanier raised $1.1 million to replace the old grass at Historic Hovey Stadium with field turf. But he didn’t stop there. The project seeks to install new, state-of-the-art playing surfaces at HBCUs. In addition to VUU, Central State, West Virginia State, Morehouse College and others have had work completed or are in the process of making changes.

Coming from an HBCU and being in wealth management after hanging up his cleats, Lanier knows that money is always a factor at HBCUs. One that has held them back for far too long.

“We can take strides with certain risk because it’s not as if, though we start with the big cash already sitting there that gives you room for error. You can have error, but you’re going to strive to work toward providing for those in the future.”

Livingstone will soon have a new football playing surface as well as an Olympic track for just under $3 million. Livingstone has already produced a US Champion and Olympian in Quanera Hayes. Imagine what it could do for the next Quanera Hayes when it has a state-of-art track.

Willie Lanier relayed a discussion in which he learned that there was a $3 billion industry around field turf. The well-read, well-traveled former NFL star admitted he had never realized just how big the business surrounding the port was.

“So here we are those who perform on courts and fields across the United States of America. An industry is that big. But until I was on that field at Virginia Union and I was in the wealth management business for 25 years, I’ve been involved in private equity and whatever all those words are called —  I had not known that.”

Lanier paused, looked out briefly as the construction trucks prepared to roll through the tilled ground of the same soil that birthed black college football, and he knew this was a part of his life’s mission, even more so than breaking down the NFL’s defensive barrier. Then he continued.

“So it was really interesting to appreciate that being back, someone extending themselves, support being what it is — our having an opportunity to do something now that can allow the youngsters who come to these institutions to have their start point to go forward.”

And that’s just what Willie Lanier and the Honey Bear Project are doing.