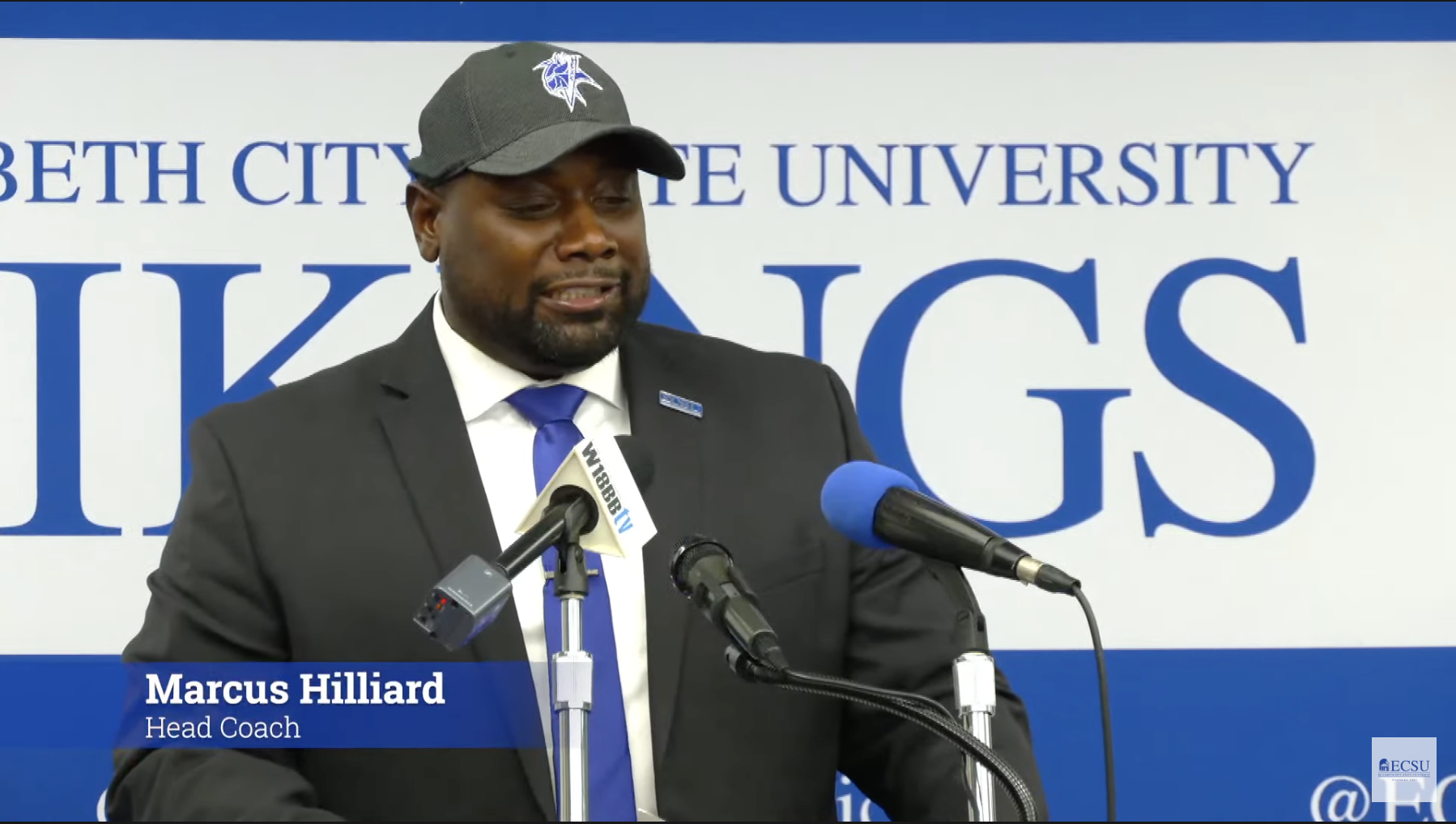 ELIZABETH CITY, NC- Elizabeth City State University (ECSU) announces Marcus Hilliard has been named the Vikings Football Head Coach. A former ECSU Assistant Head Coach, Defensive Coordinator and 2004 alum, Hilliard returns to ECSU with a historied knowledge of the program, authentic home-grown Viking pride, and a vision to revive the program, restore the culture, and bring about a new era and brand of Viking football to ECSU. Coach Hilliard will take over the Vikings football program effective January 2022.

“We are thrilled to have Coach Hilliard back at ECSU,” said Elizabeth City State University Chancellor Karrie G. Dixon. “He was a respected professor and helped lead our football program for 13 years, and we welcome him back home to the Vikings. Our students are fortunate to have a coach with a winning record and passion for the game.”

Hilliard replaces Anthony Jones, who was dismissed following the end of the football season.

In 2018, Hilliard was nationally recognized by the American Football Coaches Association (AFCA) as the Division II Assist Coach of the Year.

“Coach Hilliard is the right person for this job. From running our defensive line to helping recruit new talent, coach understands our team and our campus. He has helped develop star athletes over his career, and we look forward to seeing what he’ll do with the Vikings football team,” said Athletic Director George Bright.

Hilliard has spent the previous three seasons as the assistant head coach at Virginia Union University (VUU), where he is also the co-defensive line coordinator. Hilliard is responsible for leading the Panthers defensive unit, managing the football budget and scholarships, and serving as the professional football scout liaison.

Prior to his arrival at VUU the Goldsboro, NC, native spent 14 seasons climbing the ranks at ECSU while playing a pivotal role in the development of the program. During his eight years as the defensive coordinator for ECSU, Coach Hilliard produced a combined 16 All-CIAA First Team, Second Team and Honorable Mention performers.

“I’m excited to be back home and ready to get to work,” said Hilliard. “This opportunity is not one that I take lightly. The opportunity to impact such a group of talented student-athletes on and off the field is why I wake up and do this job every day. It’s my obligation to every player that puts on that ECSU jersey agreeing to trust the process and join me on this journey. I’m glad to be here and looking forward to restoring ECSU football.”