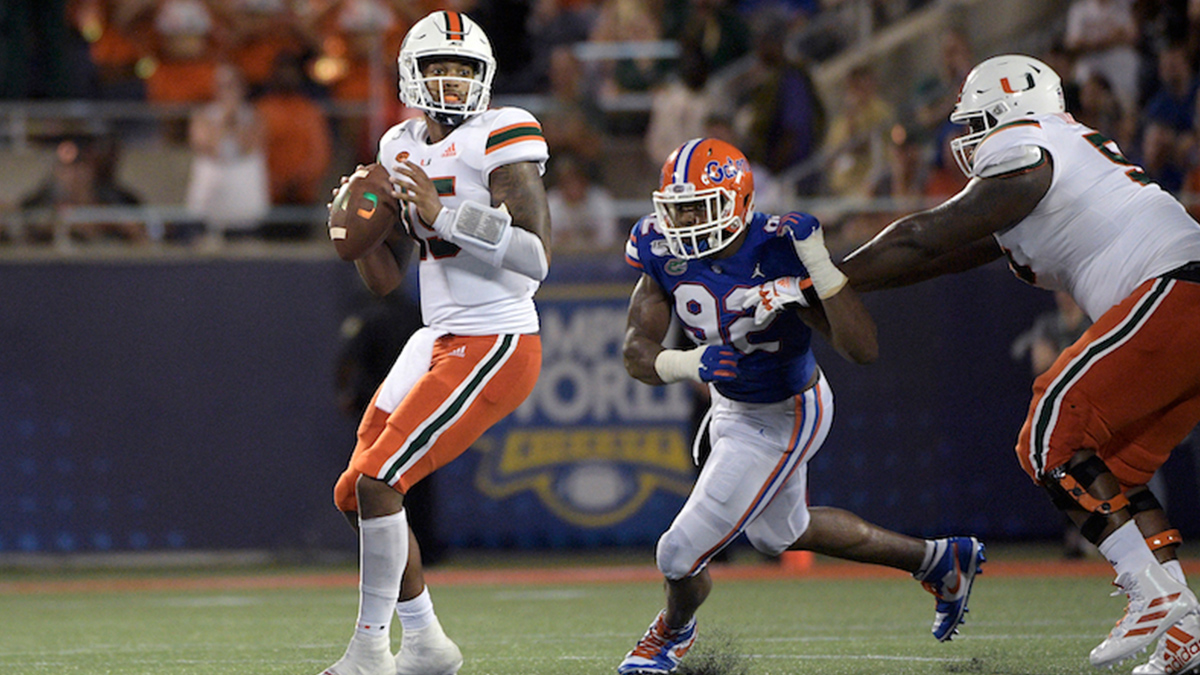 Jarren Williams, a former four-star quarterback for the University of Miami and South Florida, is taking his talents to Alabama A&M.

Former Miami and South Florida quarterback Jarren Williams is taking his talents to an HBCU.

Williams announced on Monday morning that he has committed to Alabama A&M.

AAMU will be the fourth school for Williams. The Snellville, Georgia native was a top 100 prospect and garnered a four-star rating from 247Sports in the 2018 recruiting cycle out of Central Gwinnett High School.

Williams was Miami’s top passer in 2019. He set Miami and ACC records with six passing touchdowns against Louisville late in the season on the way to a 6-7 record. He then transferred to Garden City Community College in Kansas in 2020, but didn’t play due to the pandemic. Williams would go on to commit to USF during the 2020 early signing period in December, where he was expected to compete for the starting job. That never happened at USF, so Williams hit the transfer portal again.

Now Jarren Williams lands at AAMU as it looks to replace a SWAC legend in Aqeel Glass. The 2021 Offensive Player of the Year for both the spring and fall 2021 seasons has exhausted his eligibility and will be moving on to test the pro waters. Meanwhile AAMU’s quarterback room is far from bare as former JSU quarterback Quincy Casey is still on the roster as are 2021 signees Eric Wiley and Fischer Ohrt, giving offensive coordinator Duane Taylor and Jason Mai plenty of options to chose from as it looks to re-load and challenge in a strong SWAC East.