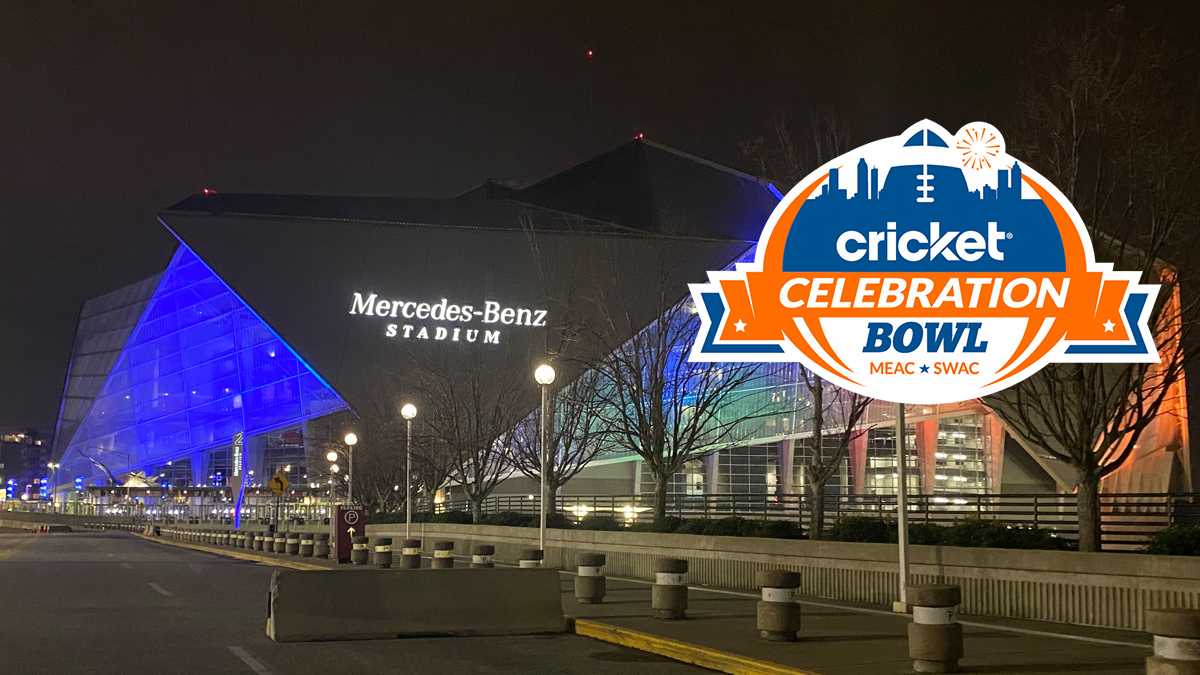 Why the first-ever Celebration Bowl sell out is huge

The Celebration Bowl has officially sold out of tickets for the Dec. 18 matchup between Jackson State and South Carolina State.

Attendance has always been a big topic of discussion as it relates to the Cricket Wireless Celebration Bowl. That trend will continue with the fifth edition of the game on Saturday as organizers say they have sold out of tickets.

“What a way to kickoff #BowlWeek here in Atlanta, we are officially sold out!” The Celebration Bowl account tweeted on Monday afternoon.

“We are proud to announce that the 2021 Cricket Celebration Bowl in Atlanta has officially sold out,” Celebration Bowl Executive Director John Grant said in a statement on Monday afternoon. “Due to the high demand for tickets, we will release 1,000 standing room only tickets on Wednesday, Dec 15 at Noon, priced at $40. Once those tickets are sold, no other tickets will be available.”

This news comes just over a week after it was announced that the bottom level of the Mercedes-Benz Stadium was sold out.

The game will be played at that venue for the third time in its young history as SWAC champion Jackson State takes on MEAC champion South Carolina State. It has a seating capacity of 74,295 fans. That’s a far cry from the first game in the dome, back in 2018, when attendance was listed at 25,873 as Grambling State took on North Carolina A&T.

The first two Celebration Bowls were played in the now-demolished Georgia Dome, which had a seating capacity of just over 71k fans. The inaugural contest between A&T and Alcorn State in 2015 put roughly half that number of fans in the stands as attendance was listed at just over 35k. It took a slight dip the following year when North Carolina Central and Grambling squared off in one of the final games in the venerable dome.

When the numbers took the dive in 2017, many people pondered whether or not the increased price of tickets in going from the old dome to the new one accounted for the difference. The cheapest ticket that year was $10 more than the top-end $50 tickets from the year prior.

Eventually, the numbers inched back up as Alcorn State and North Carolina A&T met in the 2018 and 2019 games. The 2018 edition saw 31,672 listed as its attendance. It went up to 32,968 in 2019 as A&T won its fourth Celebration Bowl trophy with the second-highest attendance in the game’s five-year history.

Of course there was no game in 2020 as neither the MEAC nor the SWAC played last fall due to the COVID-19 pandemic.

Ideally the lack of a Celebration Bowl in 2020 — or HBCU football in general — probably would have helped the game build anticipation this time around no matter who was playing. But the presence of the largest fan base in the FCS, Jackson State, coached by one of the most transcendent athletes in the history of football, the NFL and Atlanta likely helped spike demand along with an SC State crowd that has traditionally showed up very well in Atlanta.

Tickets are now being sold on third-party sites starting at or near $250. Again, five years ago, the most expensive ticket was $50 which would have pretty much gotten you right on top of the action.

From the very beginning of the Celebration Bowl, it has been driven primarily by television ratings. It is, after all, owned and operated by ESPN Events. In-game attendance has always been secondary, and while that hasn’t changed, the fact that we could see a pretty packed house for an HBCU Game in a state-of-the-art NFL venue is something that few of us gave thought to the last time this game was played. That, indeed, is a cause to celebrate.

Why the first-ever Celebration Bowl sell out is huge