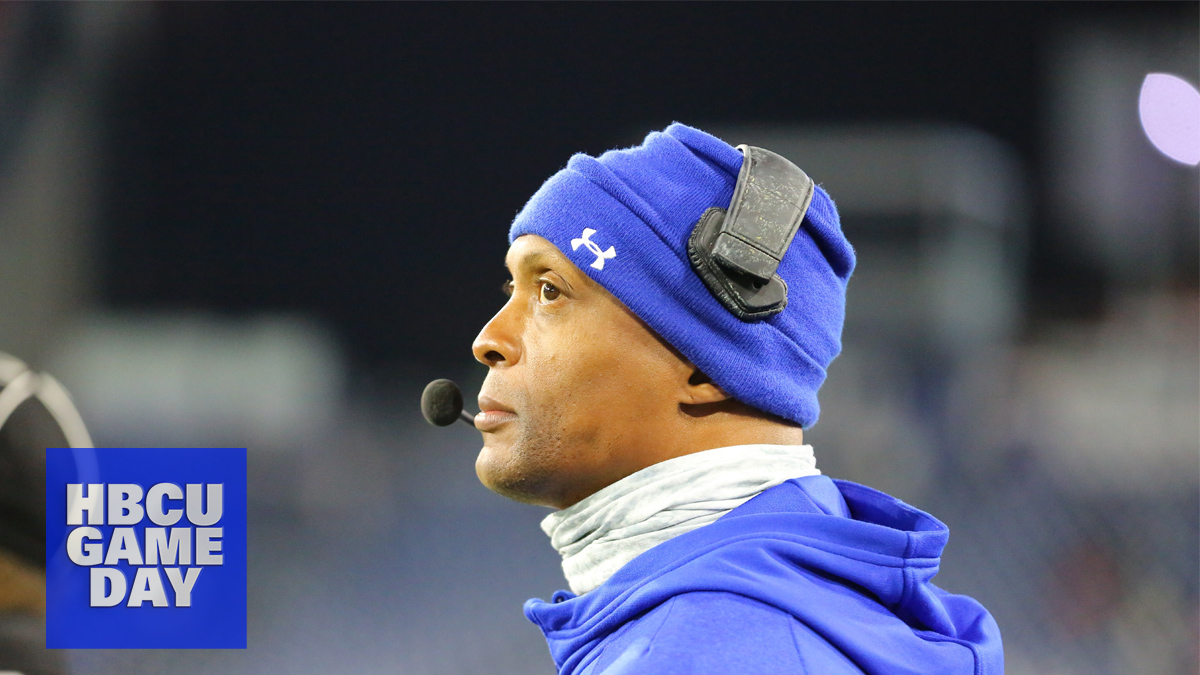 The end of college football season will be upon us soon, which means a new coach hiring cycle. Will HBCU admins change with the times?

This editorial was submitted by Damein Green, regarding HBCU coach hiring practices.

The recent hirings of Deion Sanders at Jackson State and Eddie George at Tennessee State sent shock waves through the HBCU community, including among some current coaches. If past is prologue, it’s not silly to believe this will happen again, and soon.

Many will not admit this, and many others will clutch their pearls, but JSU and TSU did what many of our HBCU leaders have previously shown a tendency to avoid: Expanding coaching searches beyond personal networks and comfort zones. While the subject of this opinion editorial is on football, the same applies for other sports, especially basketball.

An old Chinese proverb once stated, “A wise man adapts himself to circumstances, as water shapes itself to the vessel that contains it.” There is rapid change in the collegiate sports industry, and many are not aware of the unwelcome surprises that may be encountered by fighting this change. When the leaves start falling to the ground, university presidents and athletic directors start making evaluations, forming search committees, and ultimately firing and hiring coaches.

Academia loves experts. Whenever someone wins a Nobel Prize or gets appointed to high office, their credibility skyrockets. Universities will trip over their own feet to align themselves with these experts. “If we can just touch the hem of their garments!” HBCUs have that opportunity in sports, now more than ever before.

There is only one school that football players can go learn from the best defensive back in the history of football. Coach Deion Sanders is without question a world expert in the game of football. If he were an academic, he would be one of the most sought-after names in academia. The Ivy League would fight over him. The Nobel Laureate equivalent of football with multiple Super Bowls and a member of the prestigious Pro Football Hall of Fame is not at Alabama. He’s not at Clemson. He’s at Jackson State.

Maybe a player plays offense and wants to play for an offensive-minded coach. If so, there’s only one Heisman-winning running back with 10,000 NFL yards in coaching right now. He’s not at USC or Notre Dame. He’s in Nashville at Tennessee State. His name is Eddie George. While Sanders and George are mortal and their ultimate success is currently undetermined, there is no debate that both hires are a drastic, rapid change from previous norms.

The pipeline is not limited to these two examples. Ed Reed is known to be one of the best players in the history of the sport of his position, and he wants to be a head coach. Marshall Faulk is also known in the football world as one of the absolute best in his field, and he has aspirations as well. Both of these gentlemen would have doctorates in the sport if allowed. And just like our students, they are looking for the chance to show their greatness and shine.

If unproven, potentially high-priced former superstars coaching your HBCU aren’t your thing, you have a slew of more budget-friendly options that may still reap benefits. Look no further than the top ten teams in Division II football and basketball. There are coaches at this level with winning percentages upward of 65% and championship rings to boot. But there has to be a willingness to move HBCUs forward and avoid the pitfalls of fighting change. If university leaders feel they already have coaches capable of building championship-level programs, they should ask themselves “what more could we do to support them?”

If the ultimate, long-term goal is to elevate the athletic products of HBCUs and climb the mountain to where we belong, the old way of doing business has to come to an end. Groupthink, commitment to marginal returns (or worse), and rationalized fear of risk has dominated coaching search practices and collectively constrained HBCUs.

Whether we like this fact or not, Division 1 collegiate athletics are businesses, and they will only be as competitive as a university’s leadership allows. Finances are very important and always much needed, but the most impactful resources are the people who recruit, develop and coach the athletes into championship quality teams. The second most impactful resource is the support needed from internal university functions outside of a coach’s scope of authority. In today’s rapidly changing climate of athlete empowerment, the old way of doing business will get you left behind in the blink of an eye. The most expensive words a business leader can utter are, “but we’ve always done it that way.”