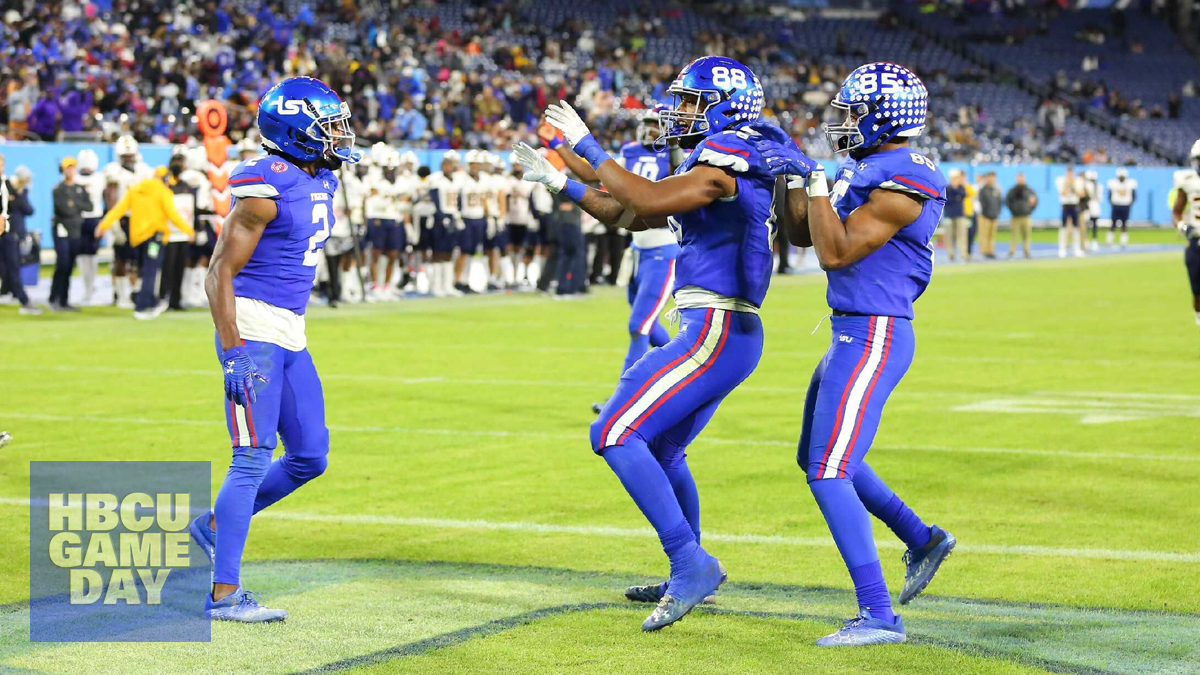 The first homecoming game for Eddie George as Tennessee State head coach resulted in another win for his red-hot team.

TSU held off a late rally attempt to beat Ohio Valley Conference rival Murray State 27-21. The win was the fourth in a row for TSU after a 1-3 start.

Senior quarterback Geremy Hickbottom came up with another big performance to keep the streak alive. The graduate transfer from Grambling accounted for four touchdowns, including the game-winning scamper from seven yards out with 1:41 remaining to break a 21-all tie.

The Tigers led by 21 points mid-way through the third quarter before the Racers came — well — racing back.

TSU got on the board first thanks to the legs of Hickbottom, which would be a theme for the evening. His run from eight yards out gave his team a 7-0 lead just before halftime. It would extend that lead early in the third as Hickbottom broke off a 65-yard run with 12:27 remaining in the third quarter.

Hickbottom and Co. responded with an eight play, 62 yard drive that lasted 2:41. The PAT was blocked, but Murray State was unable to get any points and TSU held on for the win.

Tennessee State is now 5-3 overall, 3-1 in the OVC. Eddie George and TSU will look to keep the win streak going on the road next week when they face UT-Martin.