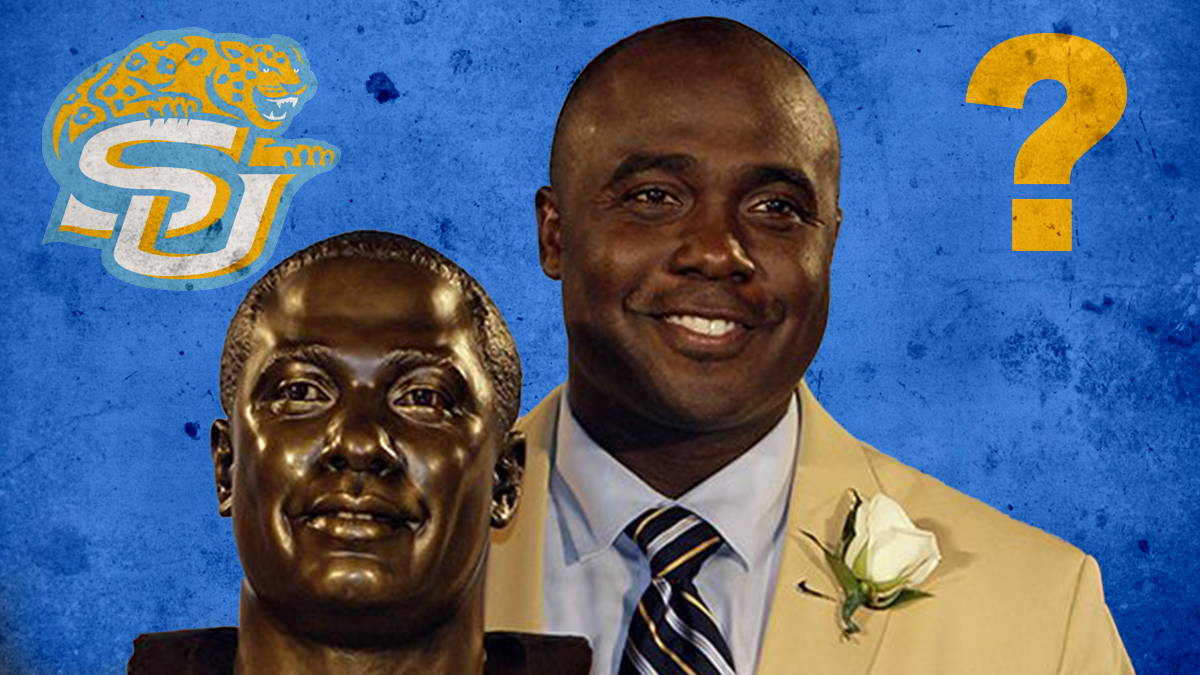 Is Marshall Faulk the next former NFL star to coach an HBCU?

Marshall Faulk is a New Orleans native. Could he soon become the next former NFL star to take over as head coach at an HBCU?

Marshall Faulk is one of the greatest pro football players ever to come out of Louisiana. Is he also the next former NFL star to take over the reins at an HBCU.

The Pro Football Hall of Famer is a potential candidate for the vacant head coaching spot at Southern University, according to Ian Rapoport. The NFL Network reporter says that there is mutual interest between the school and Faulk, a New Orleans native. He reports that the two sides have had conversations, but that nothing is done at this point.

Faulk has no coaching experience. But that didn’t stop Tennessee State from hiring Eddie George to take over its program earlier this month.

Obviously, there is already a Pro Football Hall of Famer coaching in the SWAC — Deion Sanders. Like Sanders, Faulk has also worked as an analyst for NFL Network after his playing career. Sanders mentioned a handful of former NFL stars that had expressed interest in coaching a few weeks ago — Ray Lewis and Ed Reed in particular — but Faulk was not on that list.

The 48-year-old played his college football at San Diego State in the early 1990s before turning pro. But as a kid, Marshall Faulk sold popcorn at the New Orleans Superdome during New Orleans Saints games. And of course that building — now known as Mercedes-Benz Superdome — is the home of the Bayou Classic which features Southern and Grambling State.

The Southern job came open a week ago when Dawson Odums resigned to take the Norfolk State job. Several candidates have been connected with the open, including LSU assistant Mickey Joseph and Alabama A&M head coach Connell Maynor. Maynor denied having interviewed for the position, but did give a scenario in which an interested team would have to contact him after the SWAC Championship Game.

Is Marshall Faulk the next former NFL star to coach an HBCU?