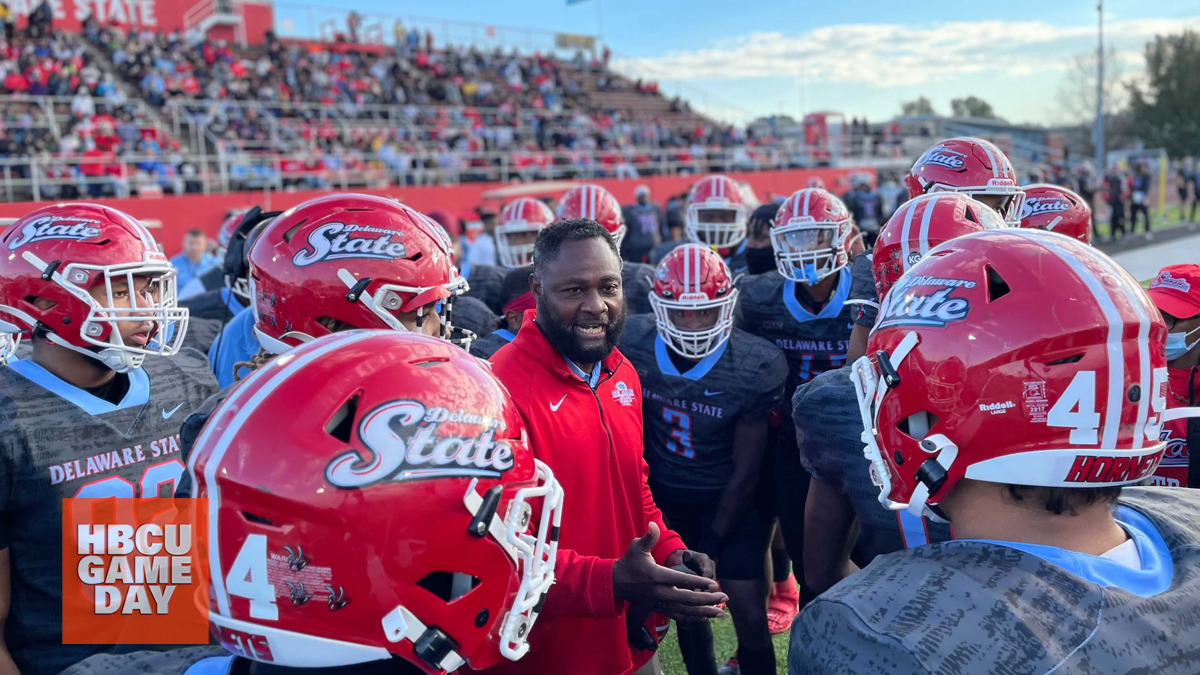 Delaware State and Morgan State are two programs that appear to be going in different directions in the MEAC.

Morgan State Bears looks to snap an eight-game losing streak as it hosts a Delaware State Hornets (4-4, 1-1 MEAC) who have won three out of the last four.

The Bears have won nine straight meetings between the two, including a 34-3 Homecoming blowout in 2019 at Hughes stadium.

While the Hornets have revenge on the mind. They are coming into Hughes Stadium with MEAC’s first overall defense. The Hornets lead the league in total defense (321.6), rushing defense (117.5), sacks (22). The opportunistic defense has forced fourteen turnovers, led by standout freshman Esaias Guthrie who has snatched a MEAC leading four interceptions, and Junior Defensive Lineman Isaiah Williams with three and a half sacks and nine tackles for loss.

Offensively Del State will try to pound the ball with MEAC leading rusher standout freshman; Sy’Veon Wilkerson, who has carried the ball for 498 yards, averaging 83 yards per game with four touchdowns this year TD. While complementing the running attack with the MEAC’s number two ranked QB in pass efficiency Jared Lewis has thrown for eight hundred thirty-one yards with twelve TDs.

Matching up with His favorite target WR Trey Gross the MEAC leading TD grabber with seven. He also has 381 yards on the season.

While the Morgan State defense is ranks last, it is second in the league in red-zone defense with fifteen touchdowns allowed on the twenty-eight trips inside their twenty-yard line by the opponent.

The Morgan st offense is led by Neil Boudreau with 1,011 passing yards and completing about fifty percent of his passes but has 7 to 11 touchdown-to-interception ratio. Boudreau’s favorite target, Wesley Wolfolk, has a team-leading 243 receiving yards and four touchdowns.

The Bears have a two-headed rushing attack Jabriel Johnson 365 yards rushing and one touchdown, while Alfonzo Graham has rushed for 218 yards while also hauling in 118 receiving yards.

The most compelling match-up will be the Hornet’s second to last-ranked offense and the Bears bottom of the barrel defense. Who wins this match may decide the game. Let’s see if the Delaware State keeps trending up, or Morgan Stat can stop the eight-game slide.