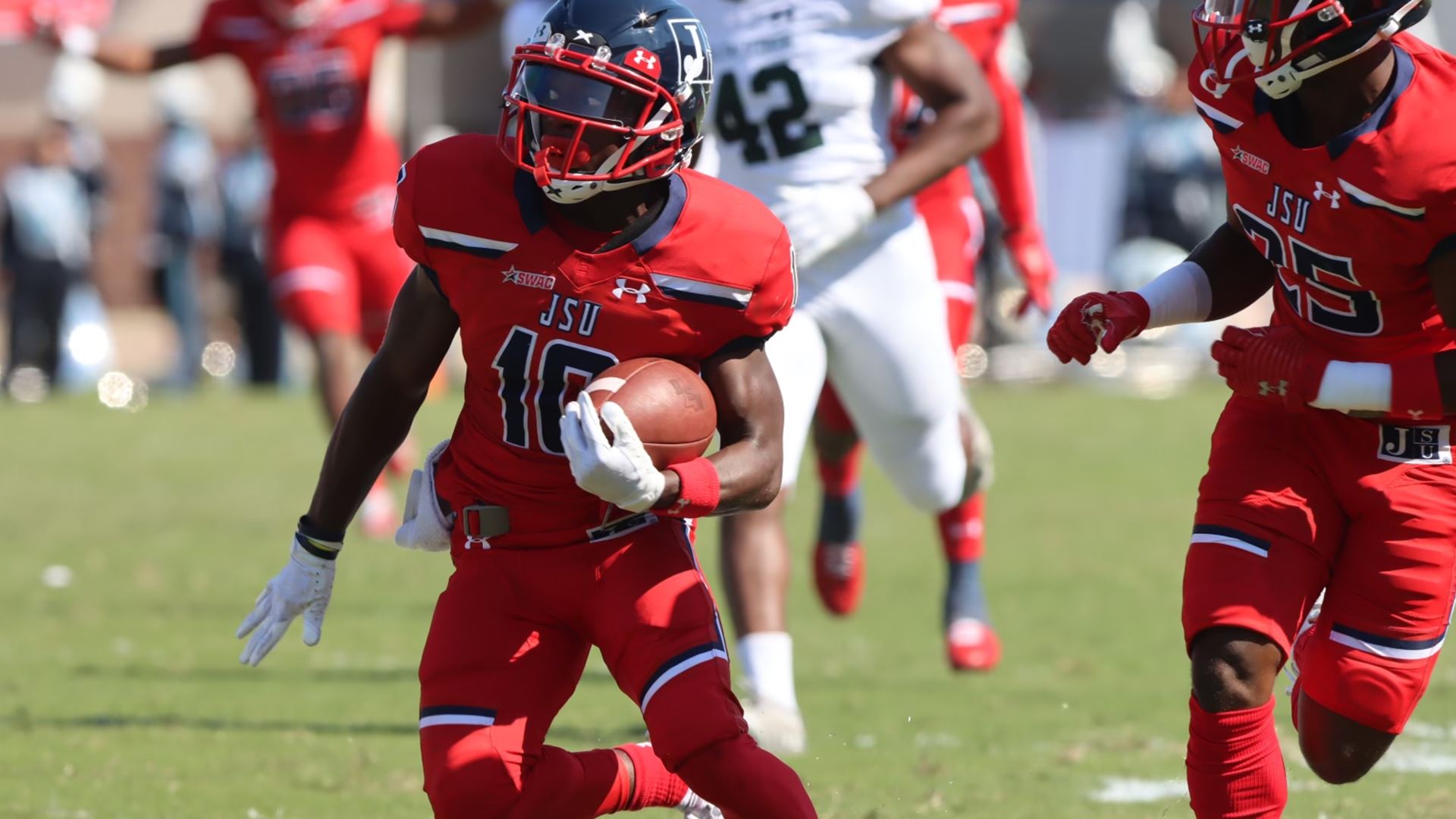 Jackson State took care of business on Saturday and was rewarded with a bump in the FCS polls.

Jackson State picked up another impressive win on Saturday and was rewarded with another big jump in the FCS Coaches Poll.

JSU is now ranked 16th in the latest American Football Coaches Association (AFCA) FCS Coaches Top 25 poll. That’s a four-spot jump from last week’s no. 20 ranking in the same poll. That’s a nine-spot increase from the no. 25 ranking it debuted in the poll with

Jackson State overcame a slow start — Bethune-Cookman jumped out to a 9-0 lead — to come away with a 42-12 win over its new SWAC East neighbor.  It did it without head coach Deion Sanders, who was out last week and sources indicate may be out this week again against Mississippi Valley State.

While JSU is the only HBCU ranked in the poll, there are other HBCUs receiving votes.

SWAC West co-leader Prairie View A&M (6-1) received 19 votes in the poll. For comparison, Rhode Island was ranked no. 25 with 59 votes. Meanwhile, Missouri State (4-3) is ranked no. 20 and Weber State (3-4) is tied for no. 24. Prairie View A&M head coach Eric Dooley acknowledged that while he isn’t focused on rankings, he is aware.

“I pride myself on not worrying about those things. I do take a peak at them,” Dooley said during the SWAC weekly press availability. “The only thing that we can control is those 60 minutes on the field.”

Florida A&M (5-2) is also in the receiving votes category with 14 following its 31-28 win over Mississippi Valley on Saturday.