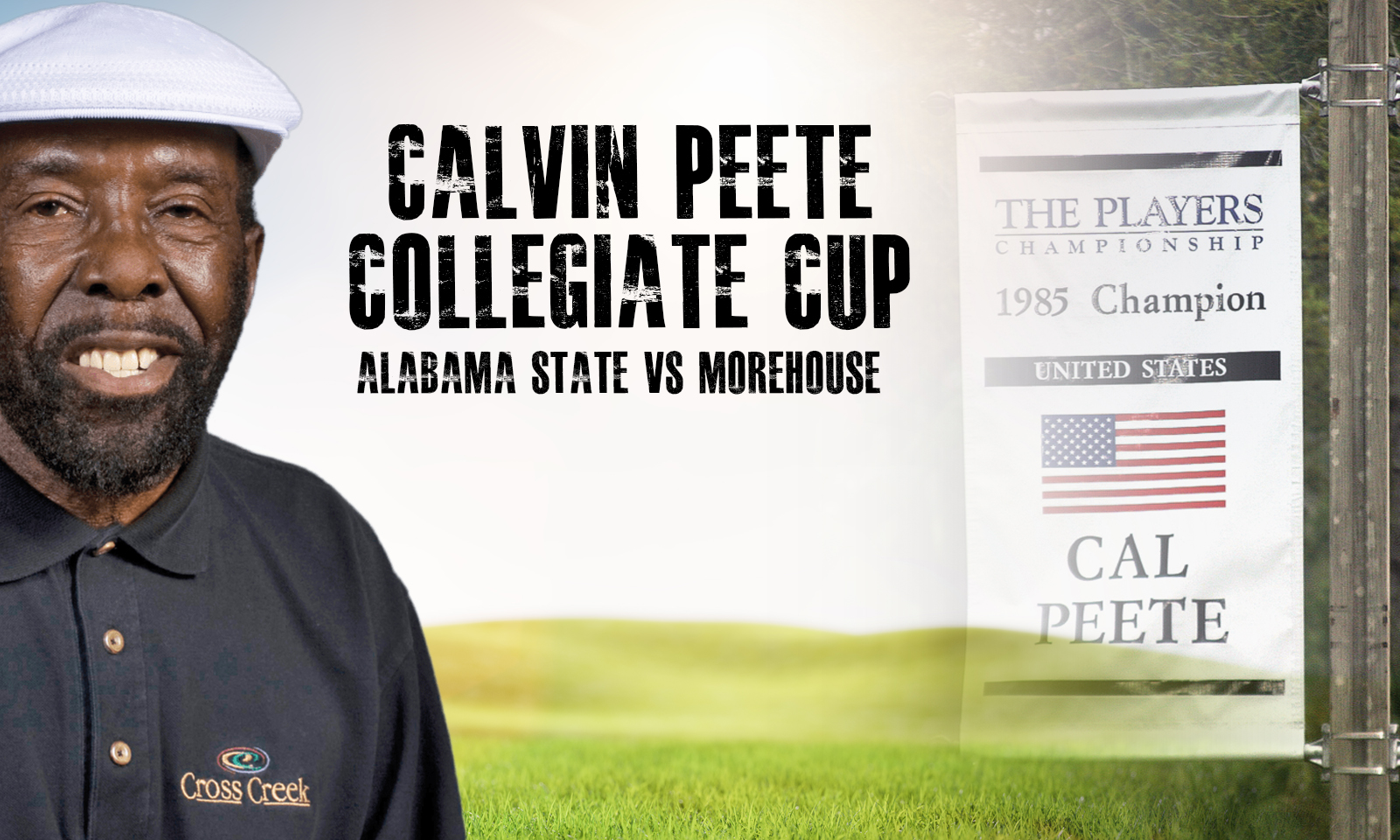 The teams will play a four-ball match play on the first morning and return in the afternoon to play an alternating ball two-man team second round.  If the teams tie, they will halve the hole as opposed to carryover.

Tuesday’s third and final round will be a six-man match play tournament, where the players from each team can earn one point toward the total.

The tournament’s namesake was one of the best black golfers to date.  Before Tiger Woods emerged, he had won 12 tournaments, the most by any black golfer.  While Lee Elder and Charlie Sifford are considered the pioneers of black professional golf, it was Peete who elevated black golf to the prime time spotlight.

His laid-back style was perfect for bridging the gap with whites who did not want blacks to participate in golf.  Many of the segregational barriers in golf were in full swing during Peete’s tenure.

Peete was know for his straight drives, leading the PGA Tour in driving accuracy for nearly a decade straight. He overcame the racism that was prevalent on the tour during his tenure.  He was relegated to second level tournaments until he began to show his skills and began to draw major tournament invitations.

Known for wearing his stylish gatsby Kangols, Peete passed in 2015.  Before his passing, he and wife Pepper had established the First Tee program in Jacksonville, where they nurtured youth in the game of golf.

Former world long driving champion Maurice Allen was a mentee of Peete’s.  Allen credits Peete with encouraging him to continue when he had all but given up on the game of golf.