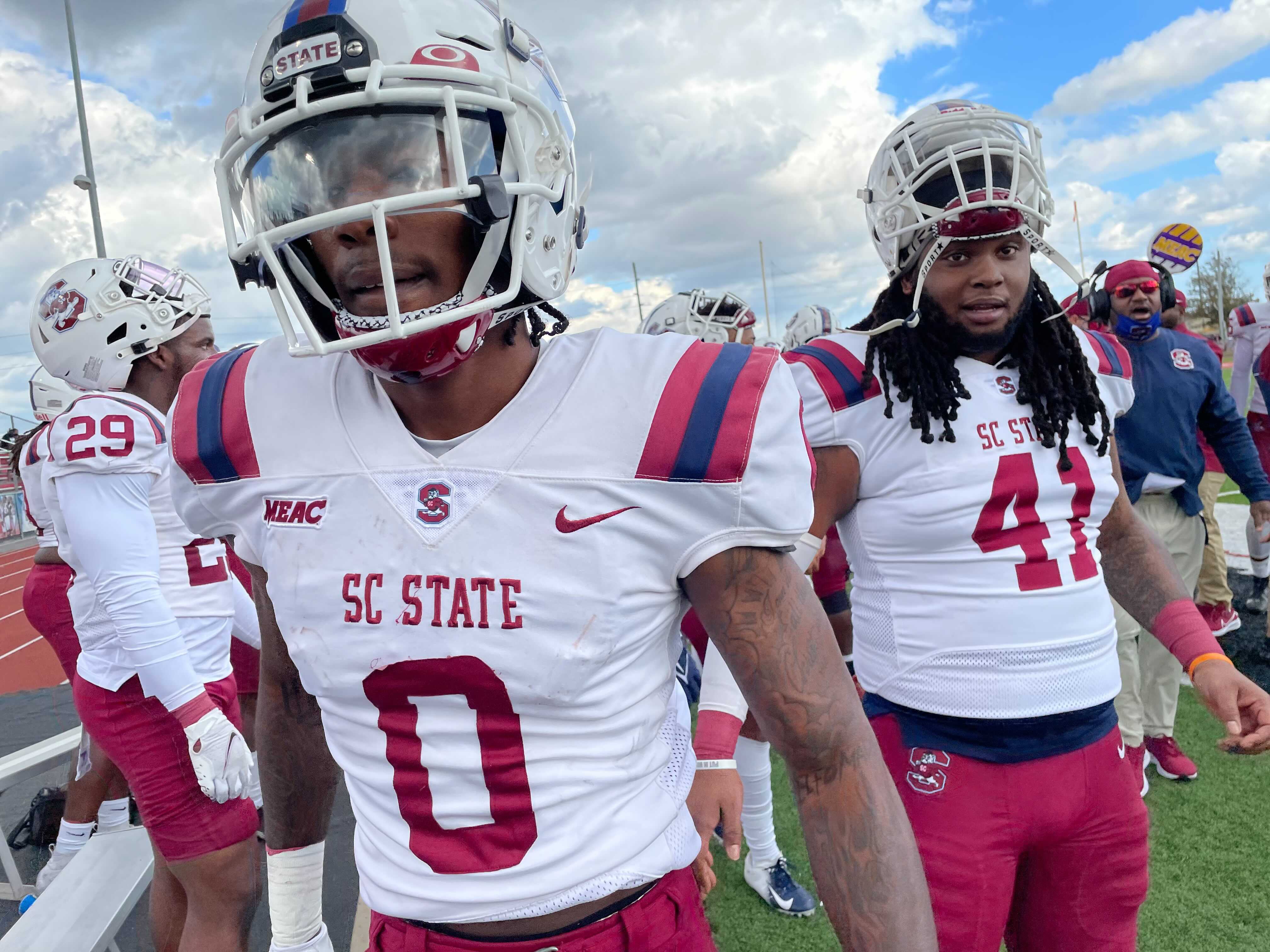 South Carolina State picked up its second win in a row, knocking off Delaware State to stay perfect in MEAC play after two contests.

(DOVER, DE) The South Carolina State University Bulldogs (3-4, 2-0) were able to sneak out a 13-7 victory against the Delaware State University Hornets (3-4, 0-1) during the Hornets homecoming game.

Coming into this game boasting the number one ranked total defense in the MEAC, Delaware State had high hopes in this showdown against the South Carolina State.

The Hornets outgained the Bulldogs 244-235 in total offense, but was ultimately destroyed by two turnovers and multiple penalties that put promising drives to a stop and even overturned big plays. South Carolina State held a 208-132 advantage in passing yards, while the Hornets ran for 112 yards to just 27 for the Bulldogs.

The Hornets got what they thought was their big break early in the first quarter when DSU redshirt junior Charles Peter brought a punt return back to the house that was called back due to a holding penalty.

The SCSU defense held DSU in check the next drive and the Bulldogs were able to use momentum from that penalty to create a drive that ended in three points from kicker Gavyn Zimmerman.

After an interception by Bulldog defensive back Zafir Kelly that was taken back to the DSU 29 yard line. The DSU defense stood tall and limited SCSU to 4 yards and got the ball back after a big 4th down stop.

On the next drive the Bulldogs put together a meticulous six play drive to reach the Hornet 5 yard line but we’re again halted and forced to kick another field goal making it 6-0.

After getting stopped yet again , SCSU struck gold when SCSU QB Corey Fields was able to find his 6’5 sophomore wideout Shaquan Davis for a 50 yard chunk play that led SCSU to the DSU 14 yard line. South Carolina State running back Jacoby Benson was able to punch in a 3-yard touch down that made it 13-0 before halftime.

Ending with 114 yards on 28.5 yards per catch Davis was able to use his height and speed combination to create separation against the much smaller DSU secondary.

After the Delaware State defense held the Bulldogs to just three yards on the next three plays, SC State punted from its own 10.  DSU’s Charles Peeler recieved the ball at the Bulldog 45 and galloped up the middle to the end zone for a touchdown to get the Hornets on the board making it 13-7 SCSU. It was Delaware State’s first punt return touchdown since Keenan Black (57 yds.) vs. Lincoln back in 2018.

South Carolina State has now won five in a row against Delaware State including 17-9 and 31-28 victories vs the Hornets last spring.