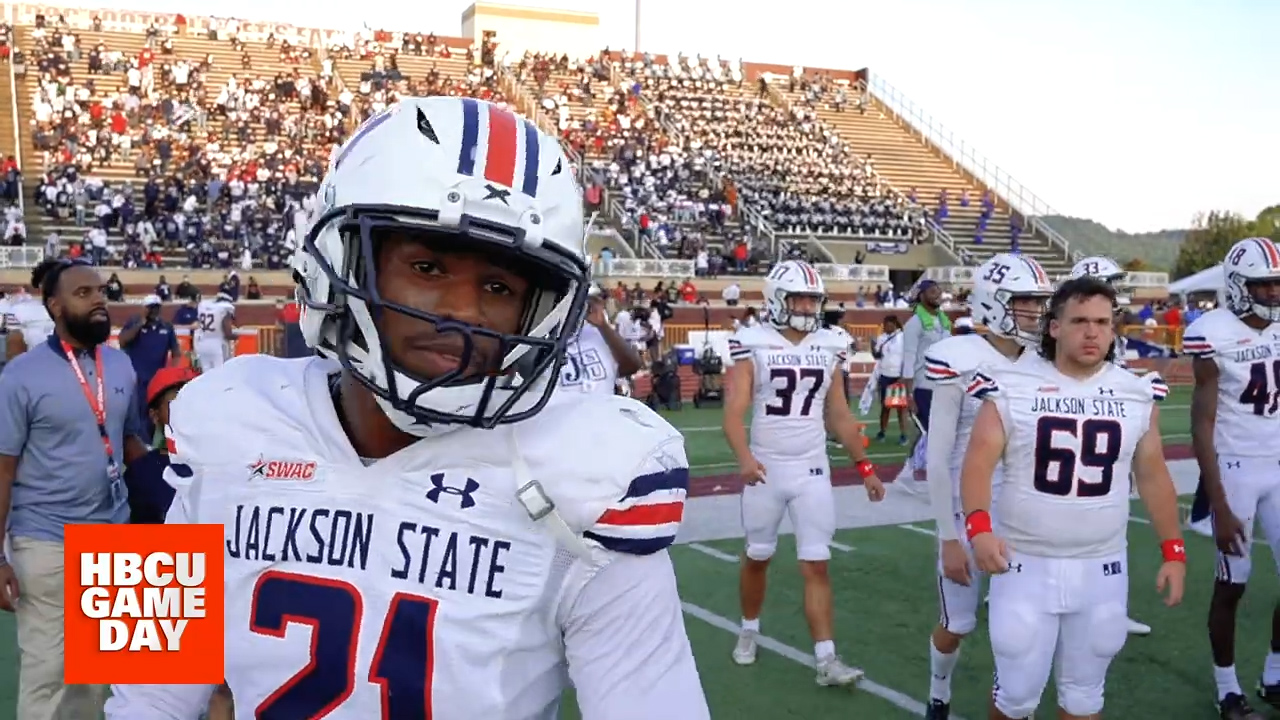 How To Watch: Jackson State vs. Alabama State

Jackson State will welcome SWAC East rival Alabama State in for its homecoming game on Saturday.

Jackson State University is flying high, and it will hope to continue to stay hot this week as it plays its annual homecoming game. JSU will host SWAC East foe Alabama State at Mississippi Veterans Memorial Stadium. Here are the details on the action.

Saturday’s matchup has one thing in common with the spring — Jackson State is nationally ranked. That was the same scenario this spring when JSU rolled into Montgomery with a three-game win streak and left with a 35-28 loss.

Alabama State has had an up-and-down season so far. A close win against Miles, a blowout to Auburn, a win over Bethune-Cookman and a shutout loss to FAMU left ASU 2-2 heading into last week’s game against Arkansas-Pine Bluff. Head coach Donald Hill-Ely made a switch at offensive coordinator and the team picked up a 35-15 win over UAPB after being shutout by FAMU. Freshman Myles Crawley (Tucker, Ga.) got his first collegiate start on Saturday against UAPB and responded by going 20-for-28 for 292 yards and four touchdowns. They have a tough task ahead of them facing a defense that has allowed just six touchdowns in five games.

Deion Sanders and JSU made a big change last week, turning the playcalling duties over to assistant T.C. Taylor. The result was an offensive explosion was 20 years in the making. The last time JSU scored 60 points or more in a game was when the Tigers routed SWAC foe Mississippi Valley State 66-36 in 2001. The Tigers possessed the ball 10 times and scored a touchdown on eight of its drives.

Smoke From The Spring

The last time these two teams met in the spring, things got very entertaining. A fourth quarter comeback behind Ezra Gray helped ASU gain a highly-publicized victory and somebody decided to put a vintage photo of Coach Prime that he wasn’t too happy about. Then there was the infamous “shoe” comment by Dr. Hill-Ely. It’s only been a few months since the two teams played, and while many faces are new, after last week everyone will be watching the postgame as closely as the actually game itself.

How To Watch: Jackson State vs. Alabama State