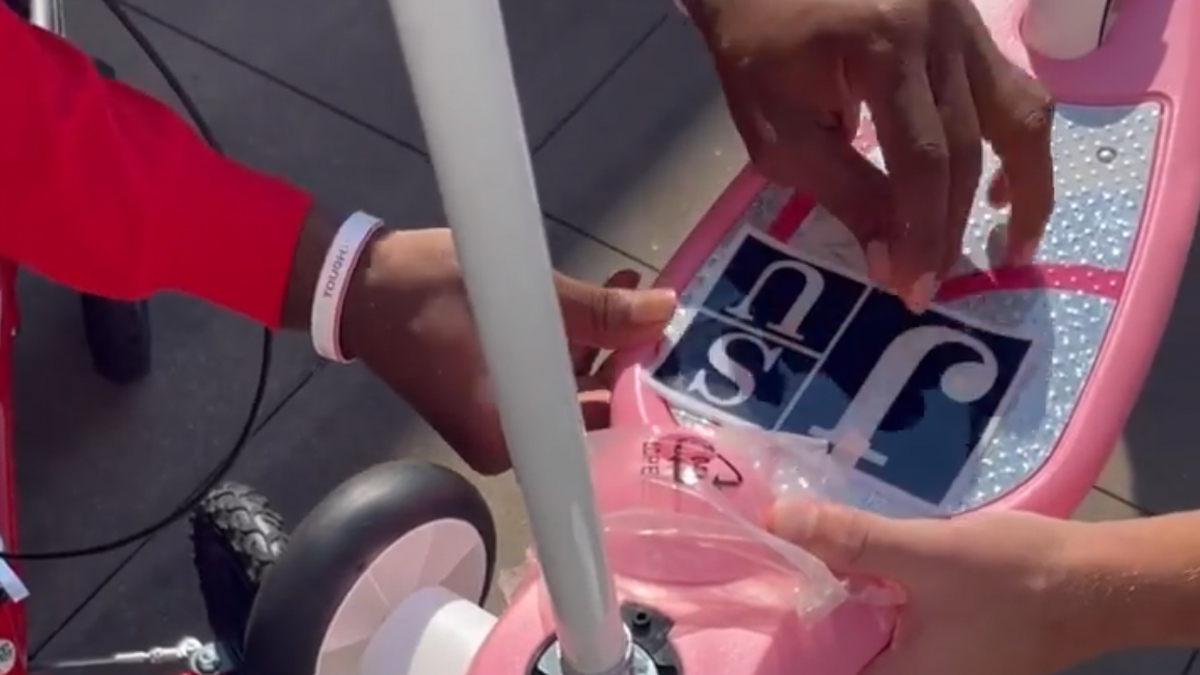 Deion Sanders and Jackson State took care of business on the field against Alabama A&M. But he left his opponent with a parting gift as well

Earlier this week, Alabama A&M head coach Connell Maynor made headlines by leaving a message for Deion Sanders ahead of his team’s game against Jackson State.

Maynor was alluding to the scooter that Sanders had been getting around on since having toe surgery late in last month.

The Alabama A&M coach has a dynamic personality and a great sense of humor. But so does Deion Sanders.

Sanders and JSU got the better of Maynor and AAMU on Saturday, coming up with a dominant 61-15 win on the road. After the game, his players were photographed on the field with a pink scooter. A few hours after the game, Sanders posted a video showing him preparing a scooter for Maynor, just as he had requested.

“You just go to bring it to me at the end,” he told an aide in the video. “Put a JSU sticker and put a note on it — with love, Coach Prime.”

Sanders signed the scooter in the video, which was accompanied by “Gz and Hustlaz” by his personal friend Snoop Dogg.

Coach Prime’s gag gift was a fitting end to a week of theatrics in a matchup of two teams looking to push their SWAC Championship Game chances up by beating each other. Before the game, Maynor brought out wrestling legend Rick Flair to the coin-toss.