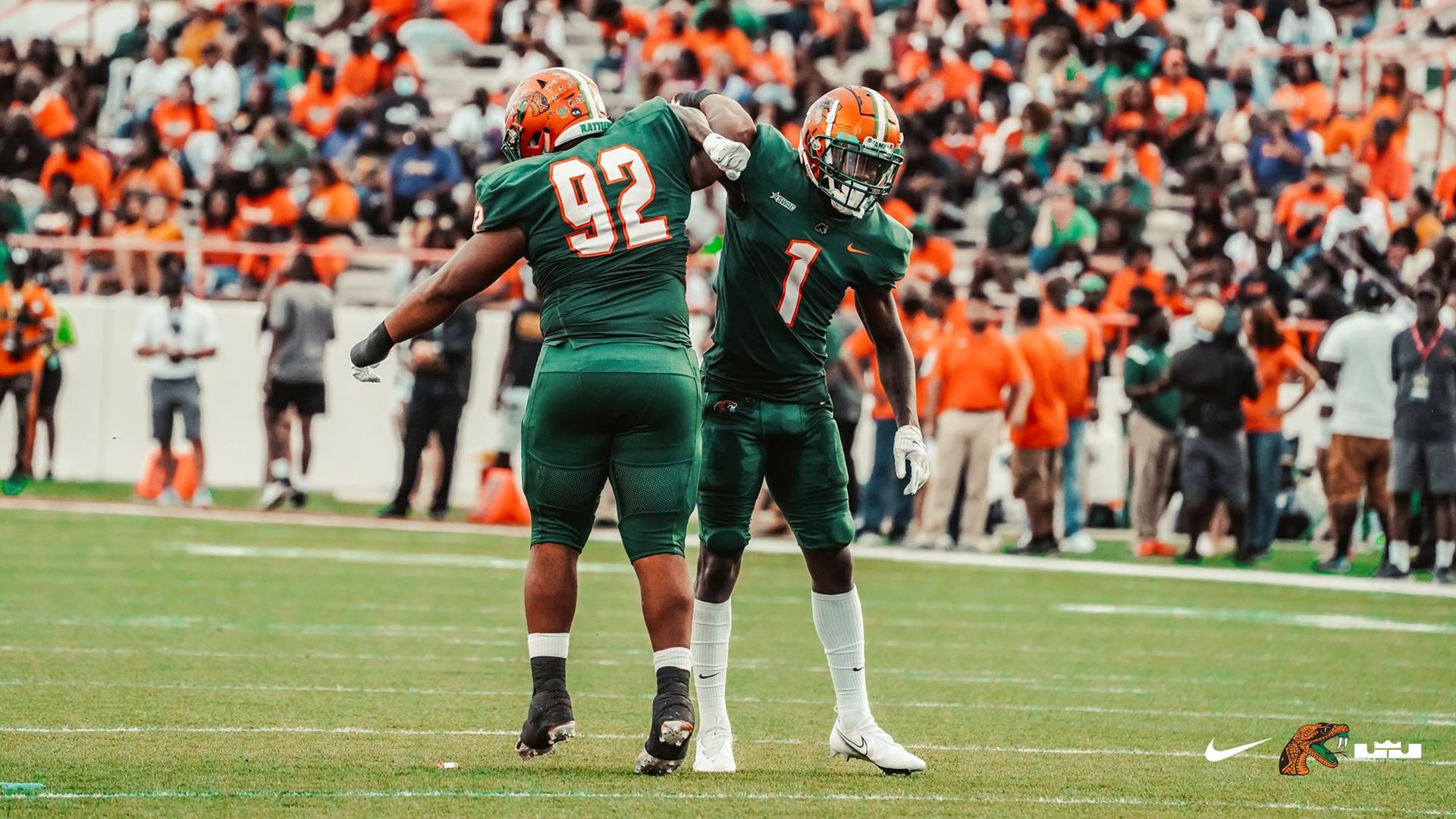 Florida A&M’s defense has only allowed 59 points in five games after blowing past South Carolina State.

Florida A&M slithered past South Carolina State in a dominant 30-7 win on Saturday at Bragg Memorial Stadium in Tallahassee. The Rattlers and the Bulldogs have now met 59 times since 1930. This marks the first meeting since FAMU left the MEAC. FAMU has now won its last nine home games.

Florida A&M’s elite defense struck again. The Rattlers have only allowed 59 points now in five games. The Bulldogs did not find the endzone until the fourth quarter garbage time. Graduate linebacker Nadarius Fagan had an interception in the second quarter that extended the Rattlers turnover streak to 15 consecutive games. Sophomore Javan Morgan grabbed another interception for FAMU right before the half. Sophomore safety Lovie Jenkins caught the third interception of the game for Florida A&M in the fourth quarter.

THE RATTLERS OFFENSE WAS ALIVE

Sophomore running back Terrell Jennings found the endzone for the first score of the game. This marked Jennings’s third touchdown of the season. Senior running back Bishop Bonnet ran in the second touchdown with a minute to go in the first half. Junior quarterback Rasean McKay threw a 37-yard dime to sophomore tight end for the third touchdown of the game. FAMU’s offense made the most out of every drive. The unit found the endzone three times and kicked three field goals in the contest.

Florida A&M now rises to a 3-2 record as it prepares for Alabama A&M next weekend. South Carolina State falls to 1-4 and faces Morgan State next week to open MEAC play.