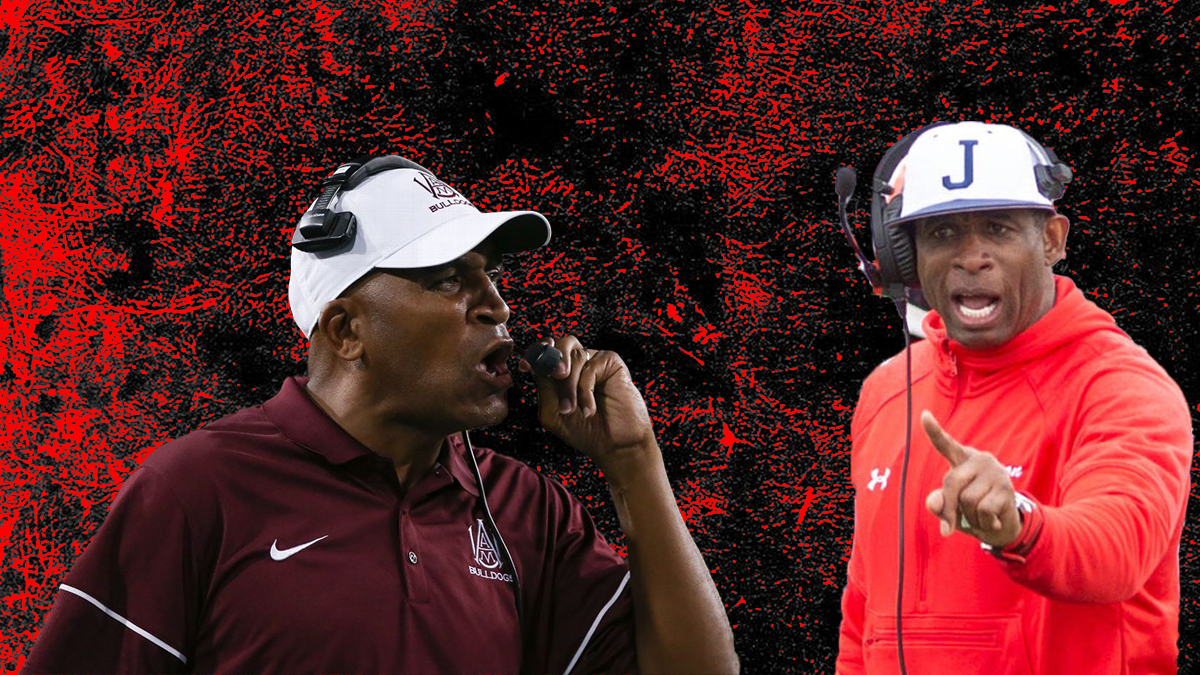 The arrival of Deion Sanders at Jackson State has shined a new light for many on the SWAC. That not only includes JSU, but the rest of the players and coaches in the conference.

Enter Alabama A&M head coach Connell Maynor. In the aftermath of his team’s 52-43 win over JSU on ESPN, the coach was asked what advice he gave to Sanders. Maynor, with more than a decade of coaching under his belt said he didn’t give any advice.

“He’s got assistant coaches. He’s got NFL coaches. He talks about how good his staff is, and how good they are, so I’m sure that he can lean on those guys for advice,” he said. “He didn’t call me but — he’s the enemy. I’m not going to give him any advice.”

When asked what advice he would have given him, Maynor gave a tongue-in-cheek response that got the internet buzzing.

“Get some more five stars,” he said. “You’re not the only one recruiting five stars and four stars. We do too. Let’s go. We got guys coming back next year too. Everybody’s waiting for next year. Well, we’re playing right now.”

When asked about the clip in his weekly press conference, Sanders didn’t seem to find any amusement.

Maynor’s comments might come off that way to someone who doesn’t know him, or black college football. The Fayetteville, NC native is HBCU through-and-through. He played quarterback at Winston-Salem State and North Carolina A&T, leading both programs to conference titles. He then went on to a long career as an arena league quarterback before getting into coaching.

All along the way, he’s been known as a fun-loving guy who isn’t afraid to push the envelope with the media. When he was hired at WSSU, he told the media he was going to lead the school to the national championship. Two years later, WSSU was in the D2 national championship game. He went 45-6 in four seasons there before going on to Hampton and eventually Alabama A&M.

Maynor isn’t Deion Sanders in terms of national fame, but he is an accomplished coach. More than that, he’s a guy that enjoys football and has fun with it. Knowing his background and history, he’s not looking to step on anyone, just have a little fun and brag about his guys.

Coach Prime may be used to being on an island as a cornerback. But it doesn’t always have to be like that. If he can step out of his shell and engage with other SWAC coaches, it could do a lot to add to an already fun and exciting atmosphere around HBCU football.