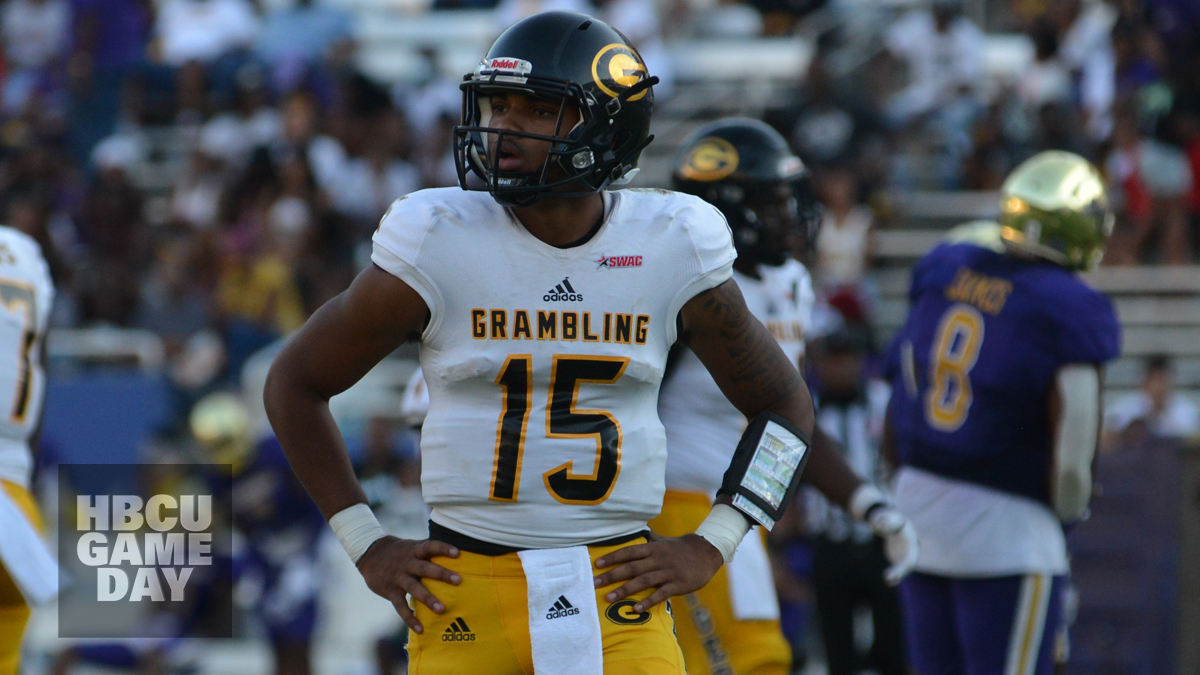 A year after committing to Grambling State, Noah Bodden appears set to start his first game for the Black and Gold.

GSU head coach Broderick Fobbs said his freshman quarterback will play this week against Alabama A&M, and probably a lot after that.

The three-star recruit from New York got his first collegiate action Saturday against Prairie View A&M in Dallas at the State Fair Classic. He came off the bench in the third quarter in relief of Elijah Walker.

“We’re definitely not thinking about it — we’re playing him,” Fobbs said in the weekly SWAC Media Call. “We feel he gives us the best option to win. We didn’t feel he was ready Week One, and then I didn’t want to put him in there in Week Two or Week Three versus the teams that we were playing.”

Noah Bodden is the fourth quarterback to take a snap for Grambling State this fall. Grambling has just eight passing first downs in those first four games, including three consecutive losses.

“It begins and ends with our quarterback position. We haven’t played well at that position the last three or four years,” Fobbs said bluntly. “We feel that we have a kid that has the opportunity to be a really good quarterback for us. You know that’s one position that you just can’t hide.”

Bodden played his high school ball at Christ The King in Valley Stream, NY. He was coached by a Grambling quarterback legend in Bruce Eugene, and ultimately decided to follow in his mentor’s footsteps. He stands a solid 6’4, 218 pounds and Fobbs said that after trying to bring him along slowly, now is the time to let the rubber meet the road.

“He played well, but he’s still got a lot to learn. And we’ve got to get him caught up to speed as quickly as possible because we’re playing a really good team. The defending champions of our league.”

That would be Alabama A&M. Its offense is led by a pretty good quarterback in Aqeel Glass, who also played as a freshman. Now a senior, he’s an NFL prospect. Bodden could be that type of player in time. For now, he’s a freshman preparing to get thrown into the fire. Fobbs knows it is a tall task, but he’s confident in his young signal-caller.

“I wanted to make sure that we worked him in slowly, but also that we build a plan around him that would allow him to be successful,” Fobbs said. “We’re going to let him go, we’re going to let him roll and support him as much as we possibly can and give the tools he needs in order to have a chance to win the game.”