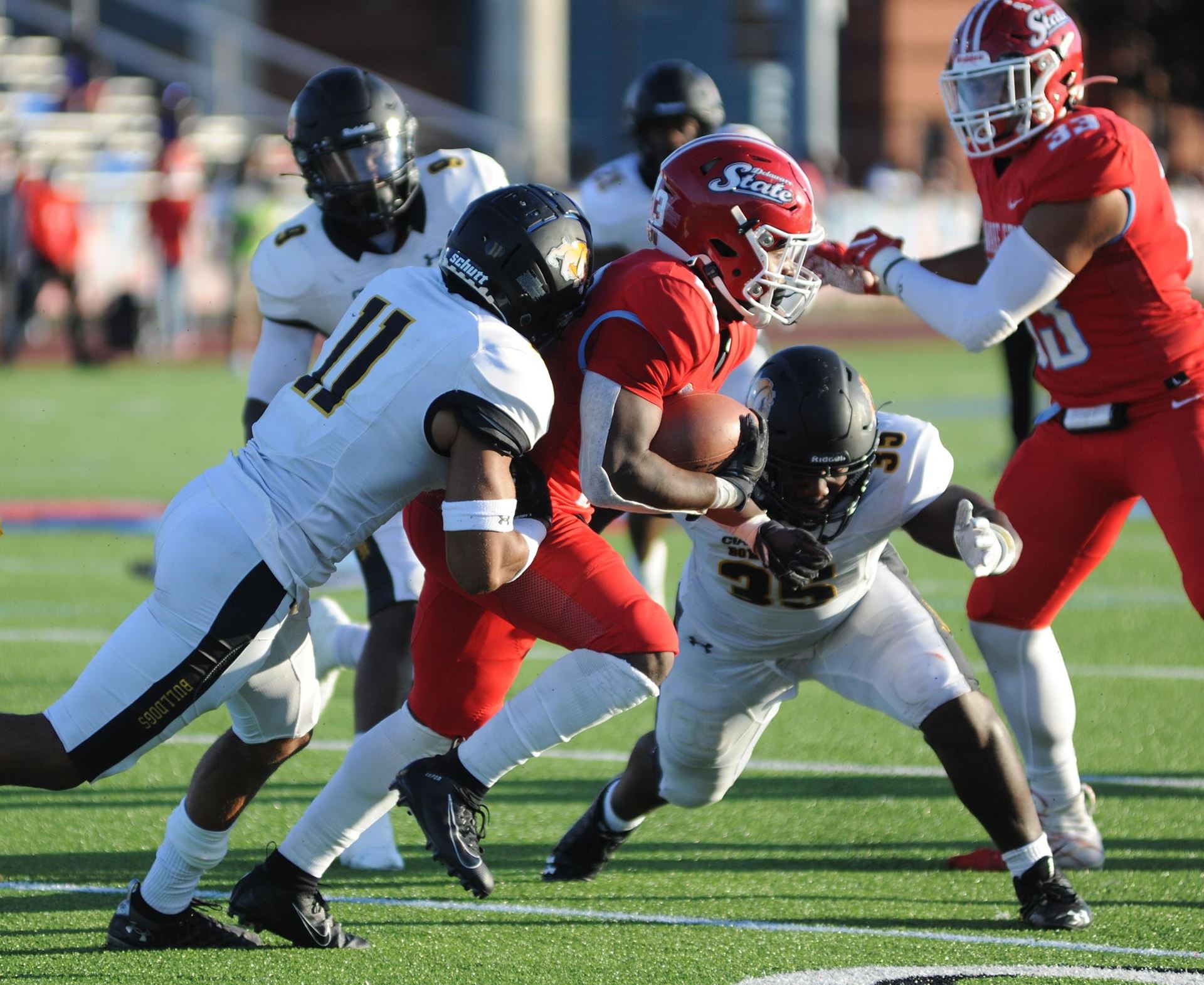 Bowie State used a dominant defensive effort to beat New Haven for its second-consecutive win as it prepares to get into CIAA play.

It’s not common to score 27 points and the defense to match the offense’s scoring output, but that’s what exactly happened for 22nd-ranked Bowie State against New Haven on Saturday. BSU won 27-13, thanks in part to three turnovers and two of them leading to defensive touchdowns.

BSU (2-1) and New Haven went scoreless through the first 15 minutes of the game. BSU broke the stalemate when James Ballenger recovered a fumble in the New Haven end zone. That touchdown score was the only score of the first half.  UNH then took the lead on a rushing touchdown in the third quarter.  Afterwards, BSU’s physical defense took control of the game. Late in the third quarter, Shariff Coombs stripped the ball from UNH quarterback Connor Degenhardt, and Kendel Robinson recovered the ball and rushed into the endzone. Wide receiver Montez Clay converted a two-point conversion when he received the pass from Ja’Rome Johnson.

Robinson would be partially responsible for the next BSU scoring drive, when he intercepted Degenhardt’s tipped pass deep in UNH’s own territory.  That play set up BSU first offensive scoring strike with a Johnson to Isaiah Rainey-Nix pass.  BSU placed the game out of UNH’s reach late in the fourth quarter with a 37-yard pass play from Johnson to Victor Olayinka on fourth down, followed soon after by a Johnson rushing touchdown.  UNH closed out the same with a Degenhardt rushing touchdown to end the game.

Johnson paced the BSU offense by completing 12 of 20 passes for 176 yards and a touchdown. He also rushed for 24 yards, including a touchdown rush.  Olayinka led the BSU receivers with three receptions for 55 yards. Joshua Pryor led the BSU defense with seven tackles, three tackles for loss, and two sacks. The win marked BSU’s first ever win against UNH in four tries.

Bowie State travels to Livingstone College (0-3) next Saturday in both teams’ CIAA opener.