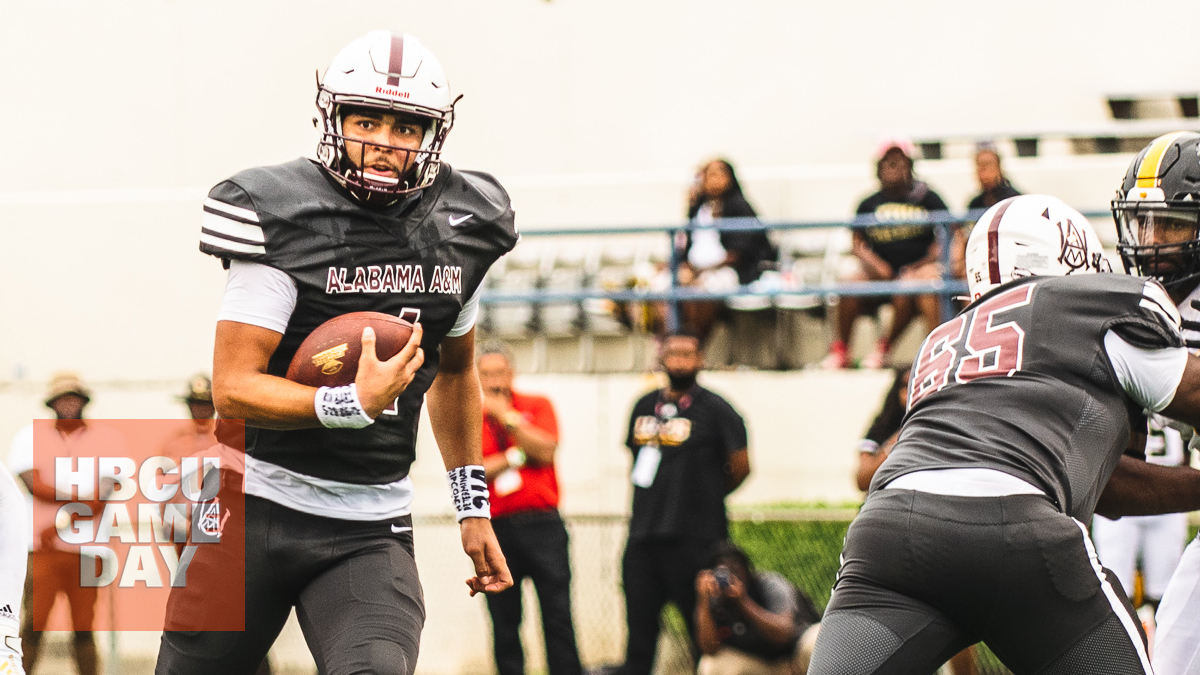 Alabama A&M, with dynamic QB Aqeel Glass, is at Bethune-Cookman to kick off an exciting week of HBCU Football Thursday. But there’s plenty more to whet your appetite.

It is hard to figure out where to start as Week 3 of the 2021 HBCU Football season begins.

Let’s start in the conferences.

Savannah State was throttled by NCAA Div. II No. 5 Valdosta State (53-7) to open the season before putting a similar beating on Livingstone of the CIAA this past week (50-6). Benedict has built its undefeated mark against the SIAC’s newest and perhaps weakest additions, Edward Waters (44-3) and Allen (45-12).

But don’t sell the BC Tigers short. BC head coach Chennis Berry is one of the most experienced and well-travelled coaches in HBCU land. He has served successful stints, primarily on the offensive side of the ball, at Southern, Howard, NC A&T, Morgan State and Morris Brown. He has also interned with several NFL teams.

Savannah State head coach Shawn Quinn posted a 7-3 mark in 2019, his first year leading the Tigers, including a 5-0 record in conference play. The latter mark pegged SSU as the team to beat in the East this season.

This should be a good one.

VSU, who plays in the Gulf South Conference, has so far run roughshod over contenders in both HBCU Div. II conferences. The Blazers humbled Savannah State (53-7) and then took down Virginia Union of the CIAA Saturday, 51-7. VSU, who sat out the 2020-21 season, won the NCAA Div. II national title in 2018 and lost in the second round of the playoffs in 2019.

Head coach Gabe Gardinia and the Golden Rams have already gotten wins over two Gulf South members, Shorter (28-12) and Mississippi College (24-0). It will be a real challenge for the Golden Rams to make VSU their third GSC scalp. VSU has a 6-1 edge in the series.

Miles finally gets to play somebody on its own level after showing its mettle against two SWAC opponents. The Golden Bears lost 41-24 at Southern and 14-13 at Alabama State in overtime.

Morehouse, on the other hand, has been outscored 95-7 in losses to West Alabama (48-7) and West Georgia (47-0). Look for the Golden Bears to continue the beatdown of the Maroon Tigers.

While much of the attention has focused on Florida A&M joining the SWAC, B-CU is not to be overlooked. In fact, the Wildcats have beaten FAMU nine straight times, the last five under current head coach Terry Sims. B-CU was close in a 38-28 loss to UTEP and lost at CentralFlorida 63-14. Alabama A&M squeaked by SC State 42-41 in its only game so far.

Also not to be overlooked is A&M quarterback Aqeel Glass’s march towards establishing himself as the premier player in HBCU football. After one game, his 426 passing yards per game leads the SWAC and is second in the FCS. Expect a close game.

The rest of the SWAC teams have out-of-conference dates against FBS or FCS opponents.

HBCU Football: The one to watch

Topping that list is Jackson State (2-0, 1-0 E) and coach Deion “Coach Prime” Sanders hitting the road Saturday (7 p.m.) to test itself at Louisiana Monroe (0-1) of the FBS Sun Belt Conference. ULM’s only game was a 45-10 loss at Kentucky.

Though Terry Bowden says he doesn’t know Sanders very well personally – he was coaching somewhere else when Sanders was at FSU – he does know Sanders’ JSU team.

“I think the fact that Coach Sanders went there, and the appeal he’s had for the portal transfers, their team would remind me of a Group of Five (Power 5) team,” Bowden said at Tuesday’s ULM press conference. “The infusion of talent they got out of the portals was extraordinary.

“They’re a very, very talented team, maybe more talented than us,” Bowden said as he rattled off stats and players, position by position, that his team will face Saturday. “It’s going to be a great challenge for us. We are fully prepared for an outstanding team that could come in here and knock us off.”

Coach Prime is having none of this ‘money game means a loss’ in terms of what most HBCUs expect when they ‘play-up’ on the road facing an FBS program. Despite the reported $300,000 ULM is paying JSU for the visit, Coach Prime and his boys expect to win.

See this one on ESPN3!

The question mark is because there’s more than a $360,000 check to the Alcorn coffers at stake here. Alcorn head coach Fred McNair said his team is facing internal problems related to the unavailability of training and medical personnel which could put this game in jeopardy.

Really stay tuned to see if this one is played. If it is, ESPN3 is carrying it.

Howard (0-2) welcomes 1-1 Hampton of the Big South to Washington, D. C. The game, dubbed the “Truth and Service Classic” is at 12 noon and will be played at the 20,000-seat Audi Field, the home of MLS member D. C United. NBC Sports Network is carrying the game.

There are two MEAC vs. CIAA matches Saturday at 6 p.m. North Carolina Central (1-1) renews an old rivalry when it hosts 0-1 Winston-Salem State and Norfolk State (0-2) does the same hosting 0-2 Elizabeth City State. Both games will be streamed on ESPN+.

710
The Latest in HBCU Sports and Culture