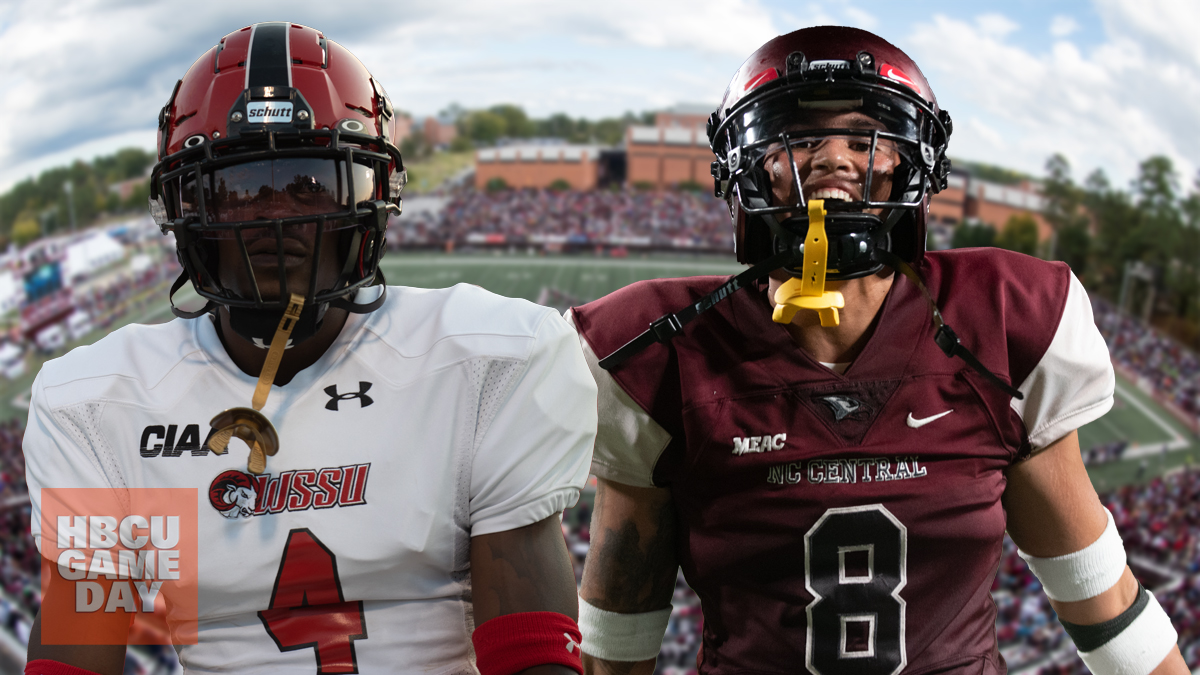 Th NC Central home-opener is technically a money game. But both coaches acknowledge the game vs. WSSU is bigger than that.

Saturday’s game between NC Central and Winston-Salem State, on the surface, is a D1 vs. D2 matchup and a money game.

“I know they’re going to be excited to come in and play us, and it’s going to be a dogfight,” Oliver said. “We have to play our “A” game because they are a very good team.”

Massey said he knows his Rams (0-1) are going to be the underdog.

“We got a lot to play for. This is a big game because it is an un-official classic for us,” Massey said. “We can win a lot of things, from a recruiting standpoint, from an exposure standpoint. Because technically, you’re not supposed to beat a Division I team. But hey man, we can beat them. We’ve seen them on film — good team, good coaching staff — but they are beatable. And I think that we are the team that can do it.”

The rivalry between the two schools dates back to 1945, when Winston-Salem Teachers College travel to Durham to face North Carolina College for Negroes. The first ten matchups went NCCU’s way, but since a break-through victory in 1977 under head coach Bill Hayes (an NCCU alumnus) WSSU has gone 22-12. The last matchup between the two teams took place in 2010 when WSSU knocked off NCCU 34-27 in a thriller.

Both Massey and Oliver head into the matchup very familiar, although it is the first time they will enter it as head coaches. Massey played his college ball at NCCU in the mid-to-late-1980s before going on to a decade-long career in the NFL. While he was a pro, he often returned to NCCU where Trei Oliver was playing defensive back in the mid-1990s. The two later became a part of Rod Broadway’s coaching staff at NCCU. Oliver would go on to coach Massey’s son at NC A&T.

“We do have quite a bit of history. We had a great relationship. Our families are very close,” Oliver said. “Coach Massey is a good friend of mine. So we’ll put that aside because I know he’s going to have his guys ready to go. Coach Massey is an extremely high-intense individual. So we’re going to have to match his intensity and his team’s intensity.”

The two schools haven’t played since 2010 as WSSU returned to the CIAA while NCCU successfully transitioned to Division I status. But the ties between the two schools continue to run deep. WSSU’s Chancellor, Dr. Elwood Robinson, is an NCCU alumnus. So is its director of athletics, Ettine Thomas.

Friends and family aside, this game is a business deal for both schools. WSSU is known to have a solid traveling fan base. In fact, the 2010 matchup between NCCU and WSSU was the highest attended non-homecoming, non NC A&T game of the decade at O’Kelly-Riddick Stadium. WSSU has already sold its initial allotment of tickets and added to that as part of a compensation package totaling $60k, according to the Winston-Salem Journal.

That reminds Massey of the game he remembers a student-athlete wearing maroon-and-white.

“We had big crowds. You know you got bragging rights. It helped from a recruiting standpoint. It helps with both universities, not only in the state of North Carolina, but around the world,” Massy said. “So with that being said, we’re looking forward to going home — going home and winning — showing everybody that I’ve grown up and trying to do well and represent them.”

It’s a stark contrast to the week before for NC Central when it traveled to West Virginia to take on FBS Marshall. It was paid $300k for that contest. Now NCCU finds itself expected to win and win handily given its bigger budget and scholarship allotment.

“When I was playing we didn’t care about that,” Massey said of the D2 label. ‘We knew it was WSSU and they knew it NCCU. And I think we’ll have that same mentality here. We’re not worried about the label. The numbers. Hey, we’re playing an arch-rival in North Carolina.”

NC Central has played a CIAA team every year for the last decade, and it has yet to lose one. The closest call was a 23-20 double-overtime win against St. Augustine’s in 2013. Since then, NCCU has outscored its CIAA opponents 312-42.

“The mindset will be different that they took to Marshall. Folk ain’t gonna admit it — but it will be when it will be, as opposed to when it comes to play us. Whatever you gotta do to get your team ready, we’ll be ready. So we’ll take any punch they throw.“