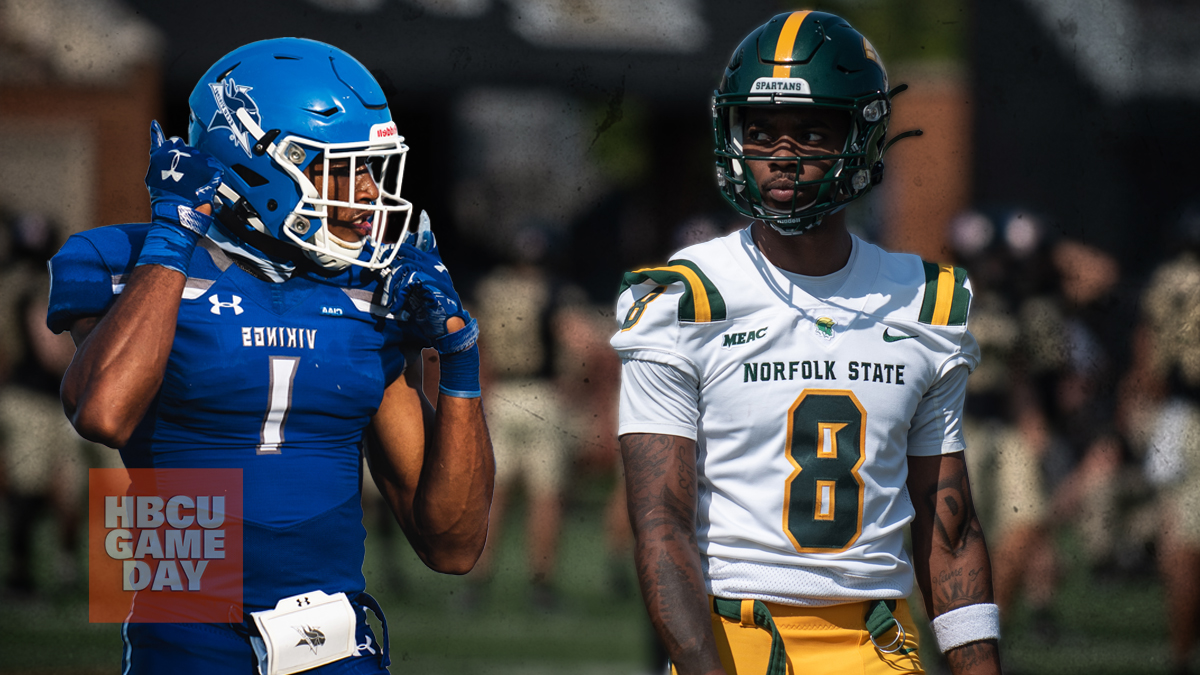 Norfolk State and Elizabeth City State are old rivals and both 0-2. That’s where the similarities stop.

Saturday’s game will be broadcast on ESPN+ as well as on Blazin’ Hot 91.1 FM and both the TuneIn and Sirius XM App. The game can also be heard on SiriusXM channel 392.

The Spartans opened the year with back-to-back Division I FBS road games, including a 41-16 loss to Wake Forest last Saturday. Against the Demon Deacons, the Spartans racked up 336 yards of total offense and their 16 points scored were their second-most ever in 15 games against FBS opposition. Juwan Carter threw two touchdown passes in the loss, one each to Rayquan Smith and Anthony Williams.

SERIES HISTORY
• This marks the 57th meeting all-time between NSU and Elizabeth City State, making the Vikings the most frequently played opponent for Spartan football.
• NSU leads the series 33-22-1.
• The last meeting came on Sept. 4, 2016, a 20-12 NSU win at Dick Price Stadium.

NSU IN WEEKLY MEAC HONORS
NSU quarterback Juwan Carter was named the MEAC Offensive Player of the Week and left guard Jalen Powell earned Offensive Lineman of the Week for their performances against Wake Forest.
• Carter passed for 195 yards and two touchdowns and also rushed for 37 more yards.
• Powell graded out at 95 percent on his assignments and helped the Spartans gain 336 total yards.

SCOUTING THE VIKINGS
Elizabeth City State also enters this week with an 0-2 record. The Vikings opened the year with a 47-6 loss to Fayetteville State on Sept. 4, then dropped a 35-27 decision to Bluefield State last Saturday.

Against Bluefield State, ECSU held a 27-21 late in the third quarter, but BSU outscored the Vikings 14-0 in the fourth quarter to come away with the win. ECSU passed for 259 yards, 185 by De’Abrie Smith. Zion Riddick caught eight passes for 91 yards.

Through two games, ECSU is allowing 41 points per game. The Vikings have also committed six turnovers so far.

ECSU was picked to finish fifth in the CIAA North Division and seventh overall in the CIAA standings.