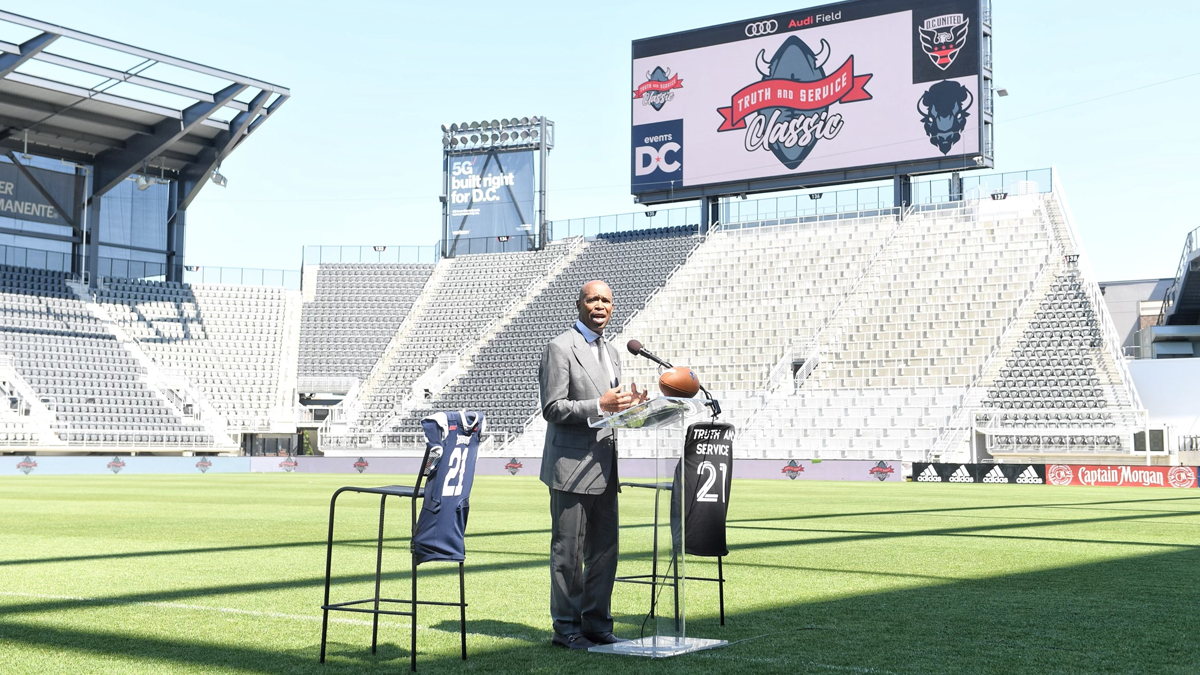 How To Watch: Howard University vs. Hampton University

Howard University and HAMPTON UNIVERSITY will square off in the inaugural “Truth And Service Classic.”

The first edition of the Truth and Service Classic – a collaboration between Howard University, Audi Field, and Events DC – features the 96th all-time meeting in the historic rivalry between Howard and Hampton. The game, which serves as a home matchup for Howard, will mark the first-ever college football game to be played at Audi Field, home of Major League Soccer club D.C. United.

Chris Lewis will handle play-by-play, and will be joined by analyst Jay Walker – a former Howard University quarterback – and reporter Zora Stephenson.

“We are excited to have NBC Sports as our broadcast partner for the inaugural Truth and Service Classic,” said Kery Davis, Director of Athletics, Howard University. “We are thrilled to bring this game to a national television audience and to have a media partner who understands the importance of the game’s mission and will present it with journalistic integrity.”

Through NBCU Academy – an innovative, multiplatform journalism training and development program designed to prepare college-level students for a career in the media industry – NBC Sports will present select journalism students from both Howard and Hampton the opportunity to cover the Truth and Service Classic for NBCSports.com. NBC Sports will also host a career panel for Howard and Hampton students featuring NBCUniversal executives who will provide insight and advice about media careers.

“We’re pleased to present the first ever Truth and Service Classic with a historic matchup between these two iconic HBCU football programs,” said Damon Phillips, SVP, Strategic Initiatives, NBC Sports. “We are equally excited to expose Howard and Hampton students to careers in the media industry through NBCU Academy programs that will take place around the event.”

“It’s an honor to welcome such a historic rivalry between two long-standing HBCUs to Audi Field for what we expect will deliver an unrivaled gameday atmosphere,” said Danita Johnson, President of Business Operations for D.C. United. “We’re excited to partner with NBCUniversal to bring this game to a national audience and to further the exposure of Howard University, a wonderful academic and athletic institution in our region.”

How To Watch: Howard University vs. Hampton University