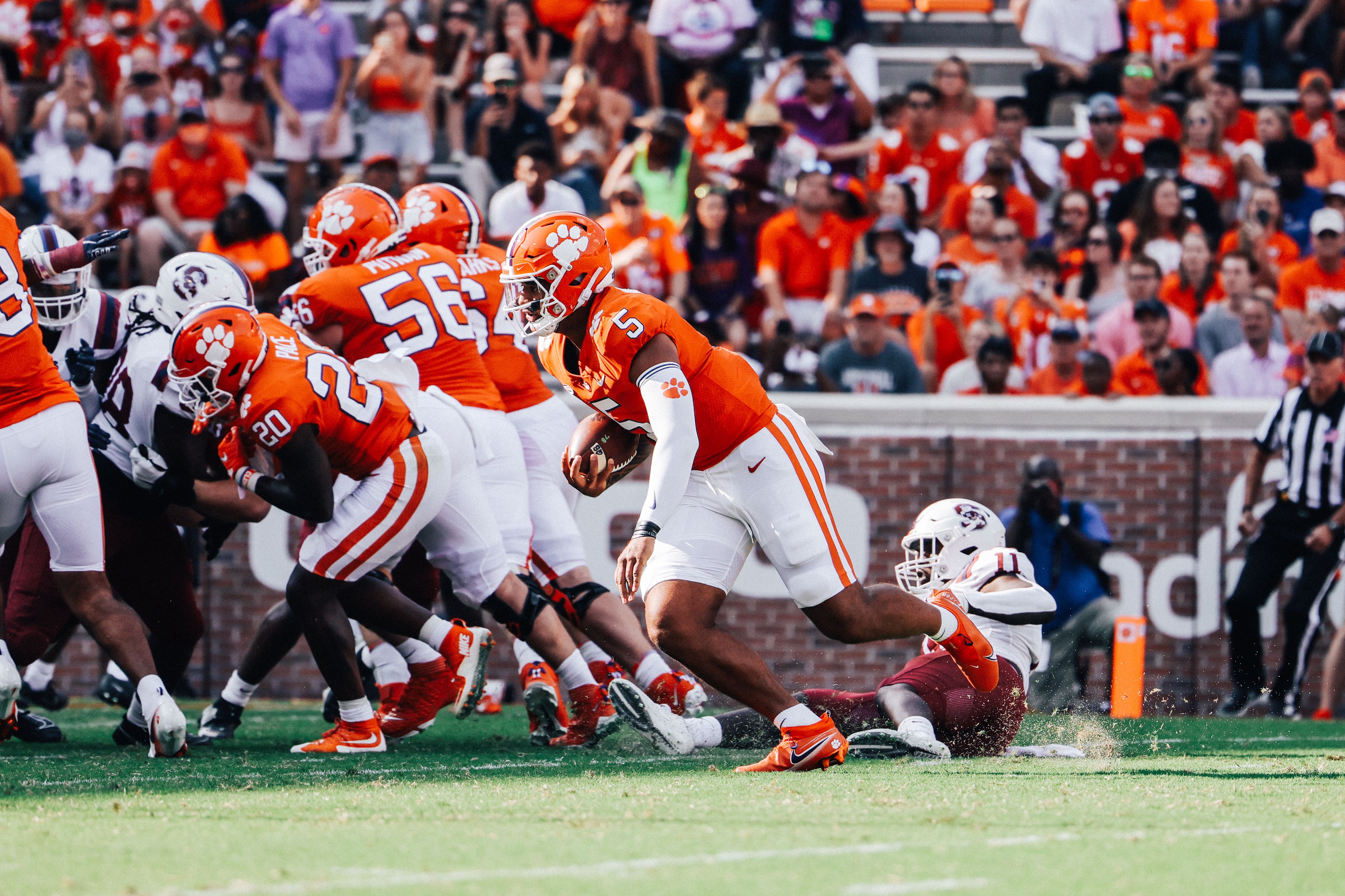 South Carolina State marched into Death Valley to take on No. 6 Clemson on Saturday. The Bulldog defense made big plays despite the loss.

The South Carolina State Bulldogs marched into Death Valley to take on the No. 6 Clemson Tigers on Saturday, Sept. 11. Both teams entered the matchup with an 0-1 record and looking for their first win in a battle in the Palmetto State. Even though Clemson came out with a 49-3 victory, South Carolina State has a lot to be proud of.

The Bulldog defense made three big plays in front of several NFL scouts. Senior defensive back Decobie Durant had a big interception in the first half, picking off Tigers sophomore quarterback D.J. Uiagalelei. He has another takeaway in the second half off of Tigers’ backup quarterback Taisun Phommachanh.

Senior linebacker Chad Gilchrist forced a fumble against Clemson junior back Michel Dukes. The fumble was recovered by Bulldog defensive lineman Shaheem Haltiwanger. The fumble recovery set up the Bulldogs offense at the Tigers 35-yard line and led to their first score of the game. A 27-yard field goal by freshman punter Dyson Roberts.

The SCSU Marching 101 performed at halftime of the ball game. Bulldog and Tigers fans were visibly entertained by the production.

Several NFL scouts were in attendance at the game this afternoon. Spotted were members of the Dallas Cowboys and Arizona Cardinals. The game was also aired on ACC Network in front of a national audience. Exposure was definitely included with the approximately $400,000 check South Carolina State received from the matchup.

The Bulldogs freshman punter Dyson Roberts had the longest punt of the night that was for 55 yards. The South Carolina State special teams unit continued to put the offense in a good position.

The Clemson Tigers ran all over the Bulldog’s defense. South Carolina State gave up 242 yards on the ground. That is an area they are going to want to tighten up when they head into conference play.

This was the fifth matchup between South Carolina State and Clemson and the first meeting since 2016. The Tigers lead the serious 5-0. The Bulldogs now fall to 0-2 on the season and are set to take on New Mexico State University next Saturday.