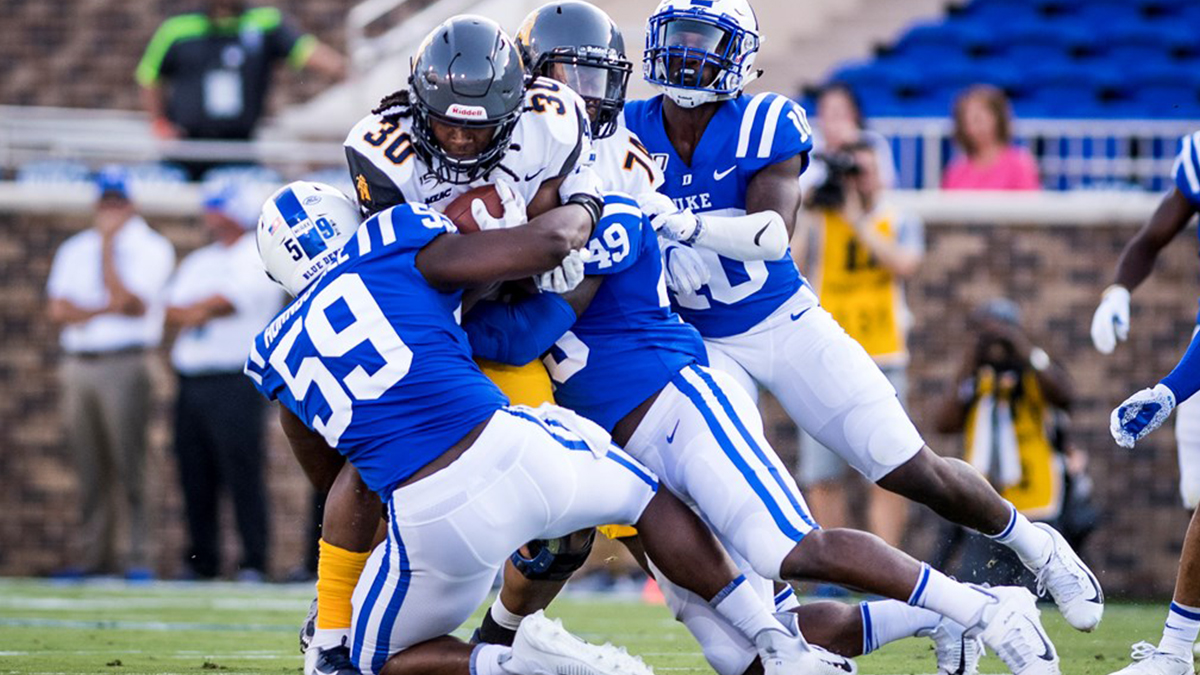 Pretty much every football season in recent years, there has been one weekend when multiple Power Five and Group of Five teams host HBCU football programs. This weekend is one of those weekends. A total of 10 FCS HBCU programs will be playing up in “Money Games” (or “Cut The Check”) as we like to call them.

South Carolina State will face the toughest test when it travels west to face Clemson. Both schools are 0-1 after SC State lost a thriller to SWAC champion Alabama A&M and Clemson dropped one to Georgia. Pay amount is in the $400 to $600k range.

North Carolina A&T got its season off to a tough start with a 29-18 loss to Furman on Saturday, and it won’t get any easier this week. A&T will travel 45 minutes down the road to take on Duke in a rematch of the 2019 game between the two schools with Duke winning that matchup 45-13.

A&T’s rival North Carolina Central will hit the road for a money game of its own. NCCU will travel to West Virginia to take on Marshall University. Marshall is led by head coach Charles Huff, who played his football in the MEAC at Hampton University under head coach Joe Taylor. Huff won his debut with a dominating 49-7 performance against Navy. NCCU will be paid $375k for making the trip.

Norfolk State will cross state lines to travel to Winston-Salem, North Carolina for its first-ever matchup against Wake Forest. The ACC squad opened the season with a dominant 42-10 win over Norfolk’s other Division I team — FBS Old Dominion. NSU will earn $300k for its trip to Wake Forest.

ODU will return home to the 757 where it will welcome Hampton University of the Big South. Hampton and ODU have met five times since 2010 when the Norfolk school started its football program. The closest it ever got to winning a game was 2011 when ODU came out with a 45-42 win as an FCS program. ODU was set to pay Hampton $190k for the 2020 scheduled contest between the two programs.

Howard will cross into College Park for Week Two as it is set to play the University of Maryland. These two teams meet in Week One of the 2019 season with Big Ten team punishing HU 79-0 in the first game of the ill-fated, short-lived Ron Prince Era.

Morgan State will take the furthest trip of the East Coast HBCUs, and most likely, the most profitable. MSU (0-1) will travel to Birmingham,AL where it will take on Tulane. The game is being played at Legion Field after Hurricane Ida caused Tulane to relocate its football operations from New Orleans to Alabama. MSU is scheduled to make $450k for the trip.

The SWAC will see its fair share of HBCU football Money Games as well this week.

Alabama State will hit the road for a short but profitable trip as it takes on Auburn of the SEC. Auburn opened its season with a 60-10 pounding of Akron while ASU got all it could handle from SIAC champion Miles College. ASU was the payee in the last game, now it will get a $530k payday.

Texas Southern will also get a Power Five payday. TSU is set to travel to Baylor to take on the 1-0 Big 12 program. Baylor held on to beat Texas State 29-20 on Saturday. Texas Southern lost 40-17 to rival Prairie View. It has not won a game on the field since a 42-14 win over Mississippi Valley State on Oct. 27, 2018. It was, however, awarded a forfeit this spring when Alcorn State opted out. TSU will get $400k for its services, according to a source.

Bethune-Cookman will face its second-consecutive FBS opponent this week. BCU will make the short trek from Daytona to Orlando to take on UCF. BCU had a solid showing against UTEP on Saturday, falling 38-28 to the FBS squad.

Rounding out the HBCU football vs. FBS action will be Grambling crossing state lines to take on Southern Miss. GSU is coming off its first victory since the 2019 season as it beat Tennessee State Sunday in the Black College Football Hall of Fame Classic. Southern Miss took a 30-7 spanking from South Alabama.