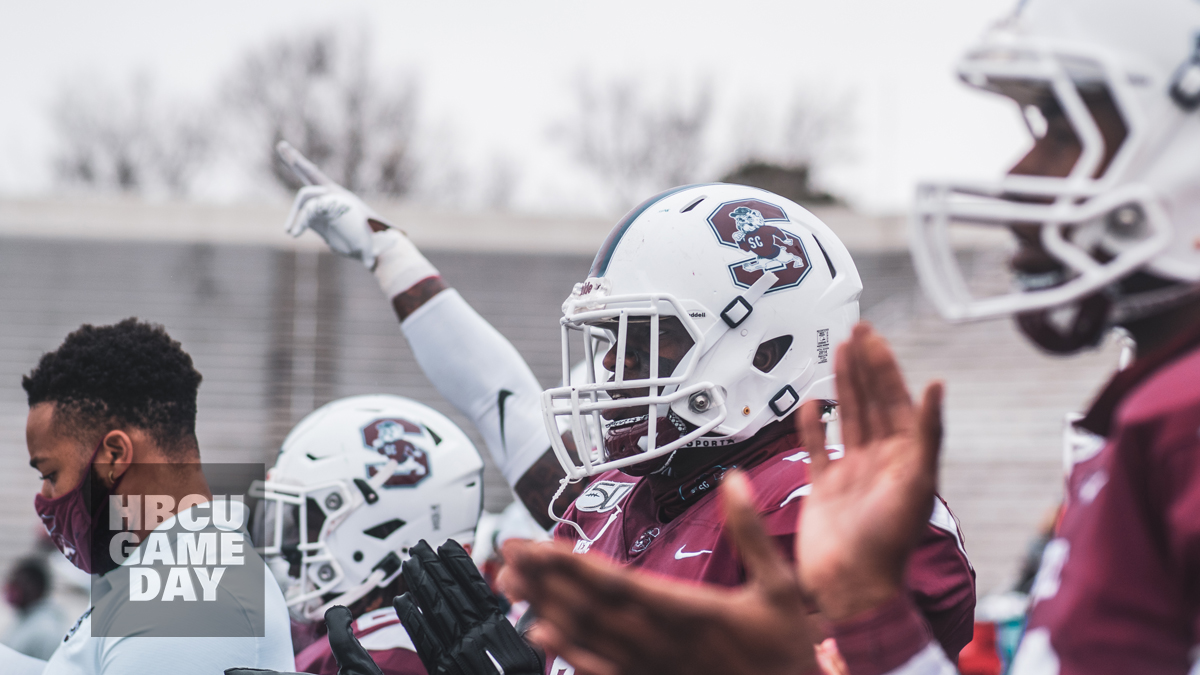 South Carolina State is a 45-point plus underdog to national power Clemson. But this game is about more than the final score.

South Carolina State and Clemson are two vastly different programs in many ways. But both teams head into their Week Two matchup in a similar boat.

Both teams have conference and national championship hopes, but both will enter the game 0-1. SC State dropped its season opener to defending SWAC Champion Alabama A&M 42-41 in Week One. Defending ACC champion Clemson, ranked no. 6 in FBS football, dropped its opener as well in a 10-3 grunt match with SEC East power Georgia on Saturday.

“Right now the jury is still out as to what we are,” Pough said. “Maybe the jury is still out for what both of us still are at this point. They were so highly thought of as they went into the game this Saturday and I’m sure that they were disappointed that they lost their game and so are we. It’s a little bit of both of us trying to find our mojo.”

Clemson coach makes as much as entire SC State budget

Though both schools are in the same boat in some in the football sense, the differences are still staggering. Clemson’s athletic budget swelled to over $132 million in 2019. Pough’s counterpart for Saturday, Dabo Swinney is paid $8 million per year. That’s roughly South Carolina State’s entire athletic budget.

Needless to say that kind of budget gap is reflected by the type of talent that each of the two state schools can draw. And that’s not lost on Pough.

“Their last couple games, they played Georgia Saturday. And then their last game of 2020 was Ohio State,” Pough said with a laugh. “You gotta see the kind of specimens that’s running around out there on them four teams that we just mentioned. So it’s a little bit of a shot in the dark as to whether you can do to them what you see other people doing to them. But it will be interesting.”

Despite the differences in budget and overall talented level, SC State is looking at this game as a measuring stick for its offensive line.

“We think that we may have one of the better young offensive fronts coming along that we’ve had in a while,” Pough said. “To see how they react to the down, rough-and-tumble inside strength of this Clemson defensive front is really going to be a test for us in a way that we’ll get immediate feedback on whether or not this is something that’s possible for us.”

Using the game as a launching pad

Clemson and South Carolina State have matched up four times before, the last of which took place in 2016. Clemson ran away with the game 59-0, but it was a coming out party for linebacker Darius Leonard. His performance in that game elevated his draft stock. Now he’s perhaps the premiere inside linebacker in the NFL, and is certainly the most highly-paid. Pough  and his team know that this is an opportunity for other players, like defensive back Decobie Durant, to up their NFL stock.

“We are a good little young football team at this point,” Pough said. “Our guys are excited and enthusiastic about going in there and playing. It’s maybe a goal of all of ours that we’ll get a chance to play in this kind of setting. I just hope they don’t offer one of our guys while we’re there because he’ll change uniforms immediately.”

All joking aside, games like this are critical to the bottom line for SC State. Clemson is expected to pay somewhere in the neighborhood of $400 to $600k for Saturday’s matchup. That’s money that the HBCU program can certainly use.

“Both (South) Carolina and Clemson have been extremely good to us in that they give us a chance to come in and play. What we’ve got to do is make the best of it,” Pough said. ‘You grab this tiger by the tail, now you’ve got to actually play with it. You gotta actually do something with it.”

All joking aside, this is nothing new for Pough. He’s played Power Five and FBS teams numerous times since taking over as head coach of his alma mater in 2002. It has always been the underdog in these matchups, and that won’t change this weekend in Death Valley. Clemson is a 45.5 favorite in the game. Still, that won’t stop SC State from attempting the impossible.

“They say a dog chases a car, you know, if he catches up to it, what does he actually do? Well we caught up with this tiger, lets see if we can knock him around a little bit,” Pough joked. “Carve him up. Get a little piece of tail or something that we can take home for a souvenir.”