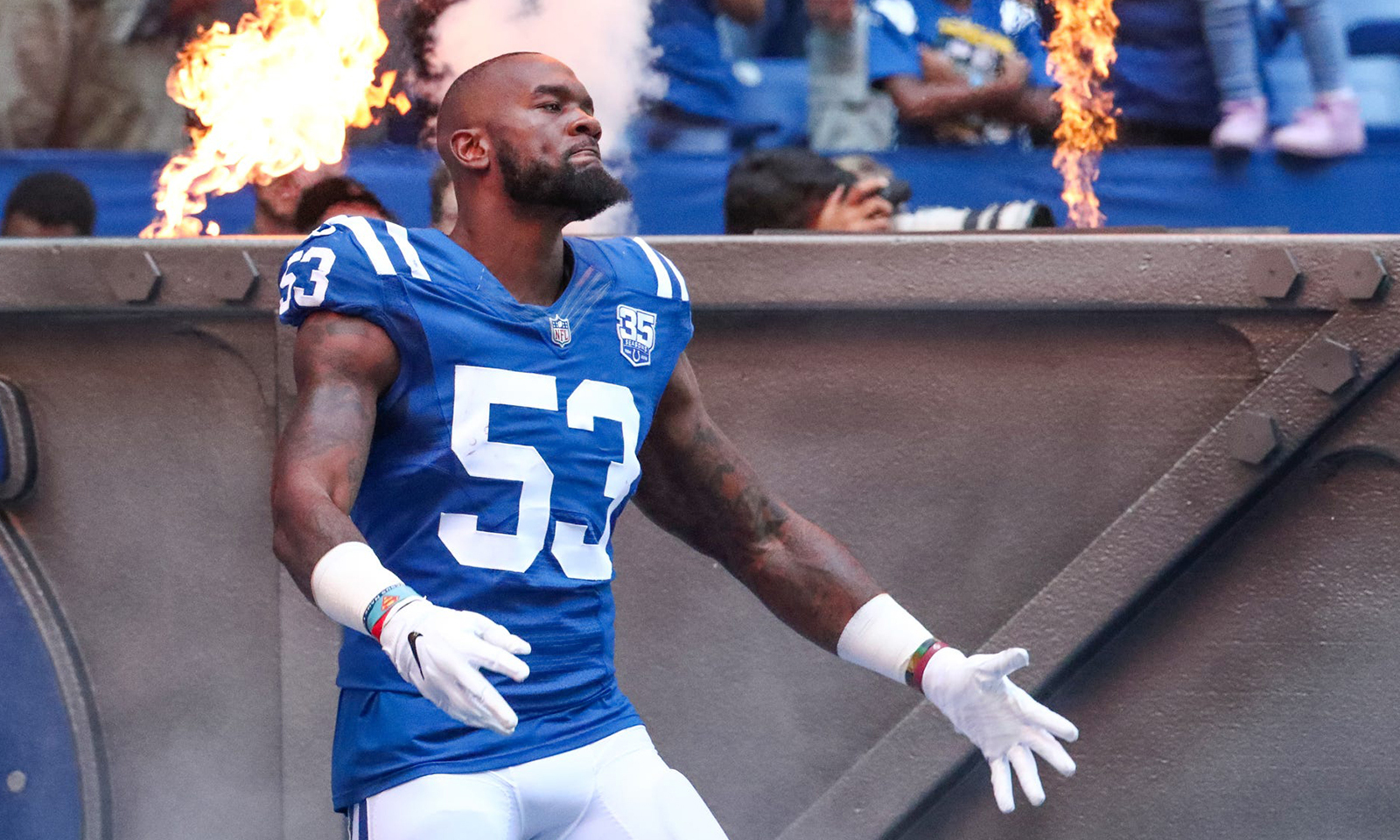 After months of speculation the historic deal for Leonard is reportedly done.

Darius Leonard is on the verge of signing a five-year, $98.5 million contract extension with the Indianapolis Colts. That deal would make him the highest-paid inside linebacker in NFL history. This news was first reported by ESPN.

In three seasons with the Colts, the former HBCU Gameday and Protect Your Skull College Player of the Year, has been named first-team All-Pro twice and became a three-time Pro Bowler. He was named Defensive Rookie of the Year in 2018 while grabbing five interceptions in 2019. That was the most takeaways out of all NFL linebackers that season. His stat sheet is stuffed with 416 solo tackles, 15 sacks, nine forced fumbles, and seven interceptions in 42 games.

Just four years ago critics doubted whether Darius Leonard could make the move up to the NFL from FCS College Football. Leonard shared what motivated him as he was preparing for the NFL draft at the time.

“I was small coming out of high school and a lot of people kind of told me that I wasn’t going to be able to play at the next level as a linebacker. It’s a great honor to have these accolades come in to actually show guys that no matter what people said about me that I still have my drive going to actually push me to be a great football player,” Leonard said.

From being doubted to the highest-paid inside linebacker in NFL history, the “Maniac” has converted a lot of believers. It certainly puts a proverbial cap into the feather of South Carolina State University. The Bulldogs are favorites in the MEAC this year and begin the season with NFL-level talent on the roster.

Bulldog defensive back Decobie Durant was tabbed as the Preseason Defensive Player of the Year in the MEAC. He’s one of the top draft prospects in the league this year. Last spring there were no HBCU players selected in the NFL Draft. Something that was a point of contention for many HBCU faithful.

This contract extension for Leonard is a reminder that the talent amongst HBCU programs is out there. Leonard will hit the field for his season debut when the Colts play the Seattle Seahawks on September 12 in its season opener.