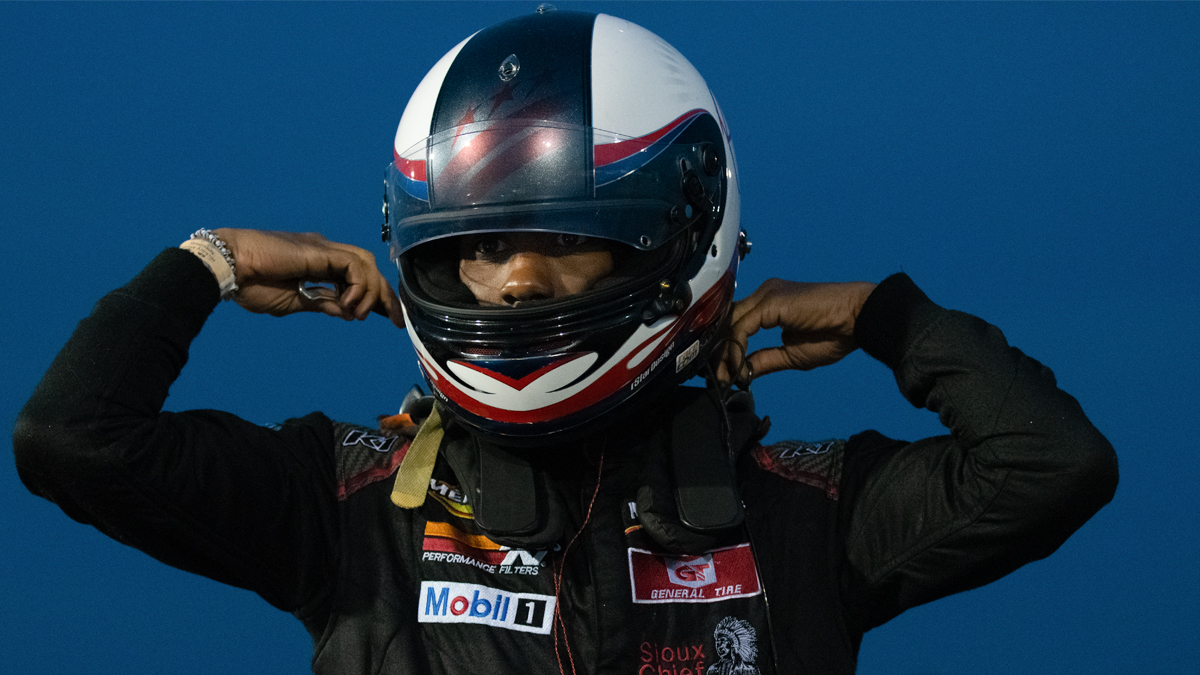 Winston-Salem State University sophomore Rajah Caruth is the first driver signed to a new Xfinity team to start in 2022.

Rajah Caruth recently started his sophomore year at Winston-Salem State, and now he’s got something else new brewing.

The Washington, DC native has been signed as the first driver for Alpha Prime Racing. It’s a brand new venture between Caesar Bacarella and Tommy Joe Martins to form a new NASCAR Xfinity Series team in 2022. Caruth will be a part-time driver starting in the 2022 season.

“Rajah is the future for us,” Martins said in a statement. “I’ve had the privilege of getting to know him and his dad, Roger, over the last few months and they are exactly the type of people we want to be a part of Alpha Prime Racing. Rajah has his whole career in front of him. I’m just honored they trust us to be one of his first steps.”

Bacarella agrees with that statement and then some.

“I’m extremely honored to have the opportunity to continue my progression as both a racer and a young man in the NASCAR Xfinity Series in 2022 with Tommy, Caesar, and Alpha Prime Racing,” Caruth said. I’ve had the great fortune of having such great people surrounding me thus far in my career, and I’m ecstatic to add some more to that circle with APR.”

The 19-year-old has been a member of the NASCAR Drive for Diversity Program since 2018. He currently competes full time in the ARCA Menards Series East for Rev Racing where he’s scored four top 10’s and two top 5’s in six starts. He’s also competed part time in the NASCAR Advance Auto Parts Weekly series scoring wins at Hickory Motor Speedway and Tri-County Motor Speedway in 2021.

“2021 has been a great season for us at Rev Racing in both the NASCAR Advance Auto Parts Weekly Series and the ARCA Menards East,” Rajah Caruth said. “I’m excited to finish out our year stoutly.”