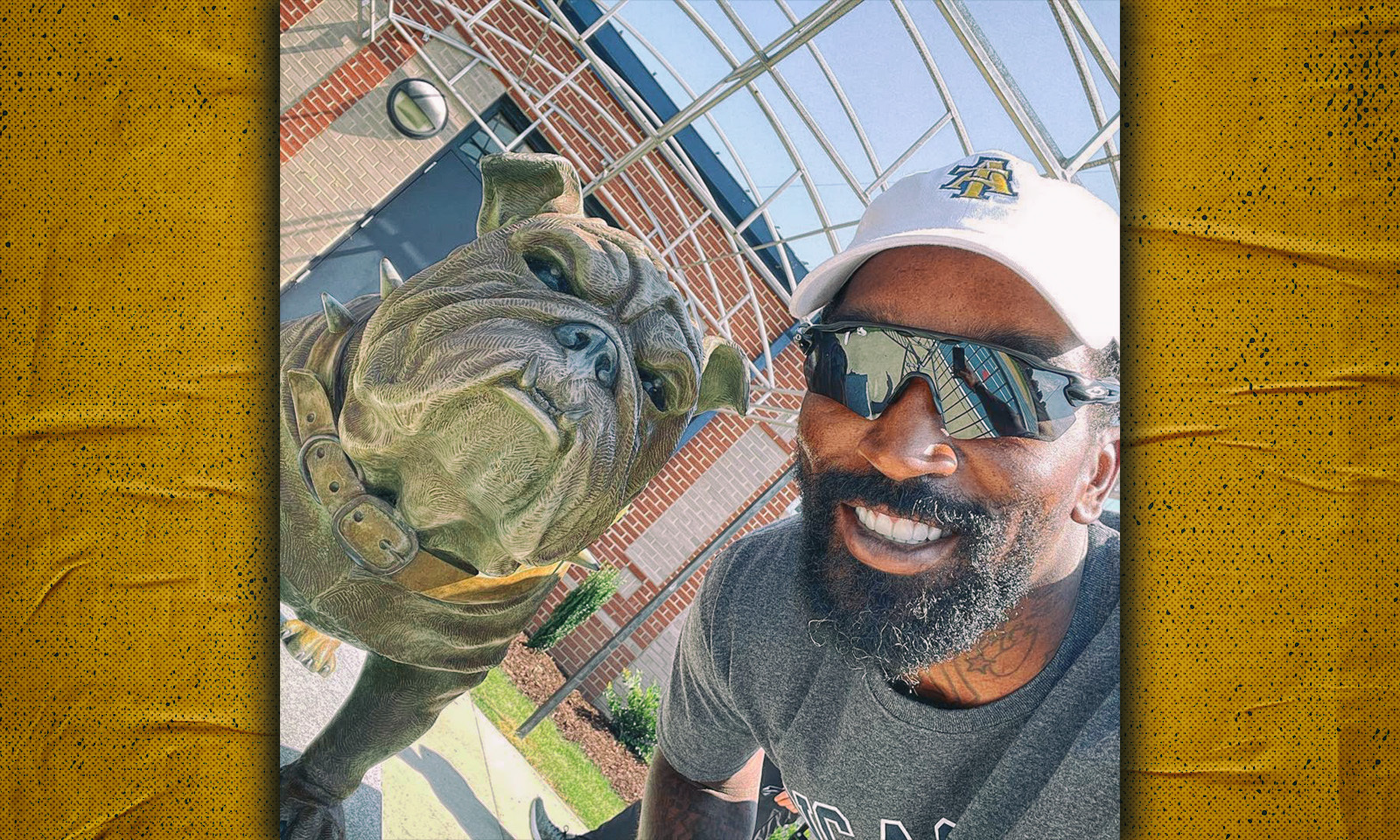 Former NBA Champion JR Smith Is in his first few weeks of the first semester of his freshman year at NC A&T.

Like many college freshmen right at this moment, JR Smith is trying to wrap his brain around his new reality.

The 35-year-old former NBA champion is a freshman at North Carolina A&T State University. Last week he was officially cleared to join the golf program as a walk-on. Smith’s Twitter feed has become an open diary as he embarks on a new journey, which by his own accounts, has seen ups and downs.

“I hated school growing up and I knew this would be a challenge, but that’s not going to discourage me one second,” he wrote on August 27. “You have to be able to buckle down and lock into new journeys and challenges coming in your life. Observe, learn and adapt.”

Just a few days of class at an HBCU have already had an impact on how JR Smith looks at things like his diet, especially as his body begins to slow down from the rigorous activity of pro basketball.

“Man I’ve been eating junk food my whole life and no(w) I got to quit cause I’m learning about nutrition in my FCS class,” he wrote on August 28. African-Americans especially have to cut out so much fast food and sugar in our diets. Diabetes rate is way to(o) high an(d) going hire.”

Like any freshman year, there have been moments of doubt and frustration. Smith is a liberal studies major, but he pondered whether or not that was the right course of study on August 29.

“Is it natural to want to switch majors?” Smith tweeted with the hashtag #JustAsking.

Smith has not been shy about admitting where his academic deficiencies are. He critiqued his note-taking skills and expressed his gratitude for tutors.

“Been up since 5 AM LAL time working on my education assignments. One bad week will not spoil the semester,” he wrote on Monday morning. “Lace your boots up, put your head up and go to work.”

Though we’re just over a week in, Smith’s transparency in the situation is definitely refreshing. And no doubt it will inspire others to find the courage to step out of their comfort zone and find themselves doing things they thought they couldn’t.