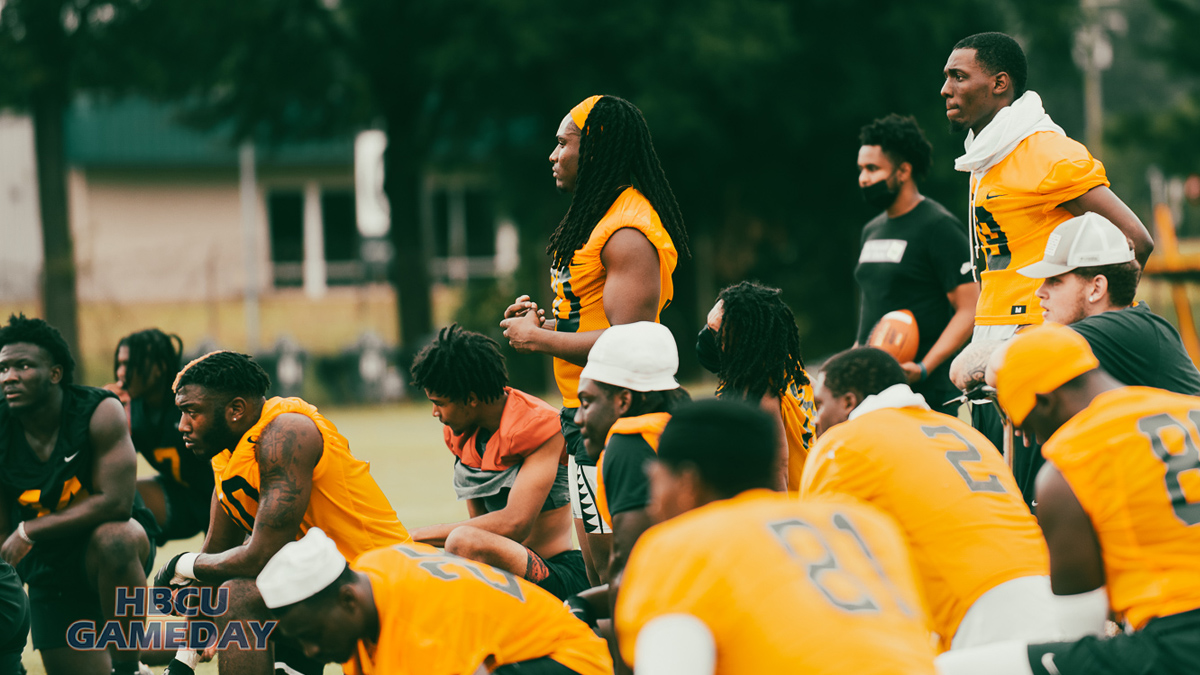 NC A&T will enter play in the Big South Conference with many of the same players that made them MEAC and black college national champs in 2019.

Many of the playmakers that spurred the Aggies to that blowout win, their fourth Mid-Eastern Athletic Conference and black college national championship in five seasons, return as they move to the Big South Conference this season.

Chief among the returnees is senior running back Jah Maine Martin who brings his 1,446 rushing yards, 7.7 yards per carry, school-record 23 rushing touchdowns and FCS all-American credentials to the new conference. Martin is a 5-10, 220-pounder who had ten touchdown runs of over 50 yards. He was named preseason all-Big South. But he is the only member of the dynamic Aggies offense (MEAC-best 442.8 ypg., and 38.1 ppg.) to earn that distinction.

That likely has more to do with how unfamiliar the Aggie players are to Big South voters.

Banks had eight catches for 122 yards and two TDs, one a 73-yarder, in the win over Alcorn State. Leslie had four catches for 81 yards and a 59-yard score. Hunt caught a 43-yard scoring pass. Nate Poole, who played six years in the NFL, is the new wide receivers coach.

One key for the Aggies will be the play of redshirt junior quarterback Jalen Fowler who steps into the slot vacated by senior Khalil Carter. Fowler (6-4, 235) was Carter’s back-up in 2019 and threw for 262 yards and three touchdowns without a pick.

“I feel great about Fowler, and the quarterback situation,” said head coach Sam Washington. “That kid (Fowler) is smart. And he’ll do more than we need.” East Carolina transfer Kingsley Ifedi is the back up.

Defense is still Washington’s forte. His teams have perennially finished in the top ten nationally in total defense. The Aggies led the MEAC giving up just 286.2 yards per game in 2019.

Redshirt senior defensive end Jermaine McDaniel, who posted 7.5 sacks and 12.0 tackles for losses in 2019, and redshirt junior linebacker Kyin Howard (team-best 79 tackles) made the preseason all-Big South defensive squad. McDaniel’s partner at the other end is fellow senior Devin Harrell, who was just as disruptive as his counterpart (7.0 sacks, 11.0 tackles for loss). Karla Kaba and Shomari Wallace man the inside positions.

Howard leads a quartet of linebackers. They include senior Alex Fumbah (49 tackles), sophomore Jacob Roberts (62) and junior Joseph Stuckey (70) that combined for 260 stops and were the top four tacklers on the team. Roberts put up his numbers as a freshman and may be the best of the bunch.

The Aggies landed Dwayne “DJ” Crossen from Virginia Tech to replace all-American cornerback Mac McCain who left early and signed as a free agent with the Denver Broncos. Amir McNeil is the returning starter at the other corner. Najee Reams (6-2, 195), a former track athlete with 4.25 speed in the 40, moved from corner to safety to make room for Crossen.

No problem with their seeding

Washington has no problem being picked third.

“Right now, they’re the best,” Washington said of Monmouth. “They’re going to be the best until somebody beats them. The only thing I’d say is that gives us a goal, something to shoot for. They have something that we’d like to have. And in that case, you have to go get it.”

In what is certainly one of the most anticipated games of the season, the Aggies and Monmouth will face off on Saturday, Oct. 30 at NC A&T’s homecoming that the Aggie faithful already label GHOE (The Greatest Homecoming on Earth).