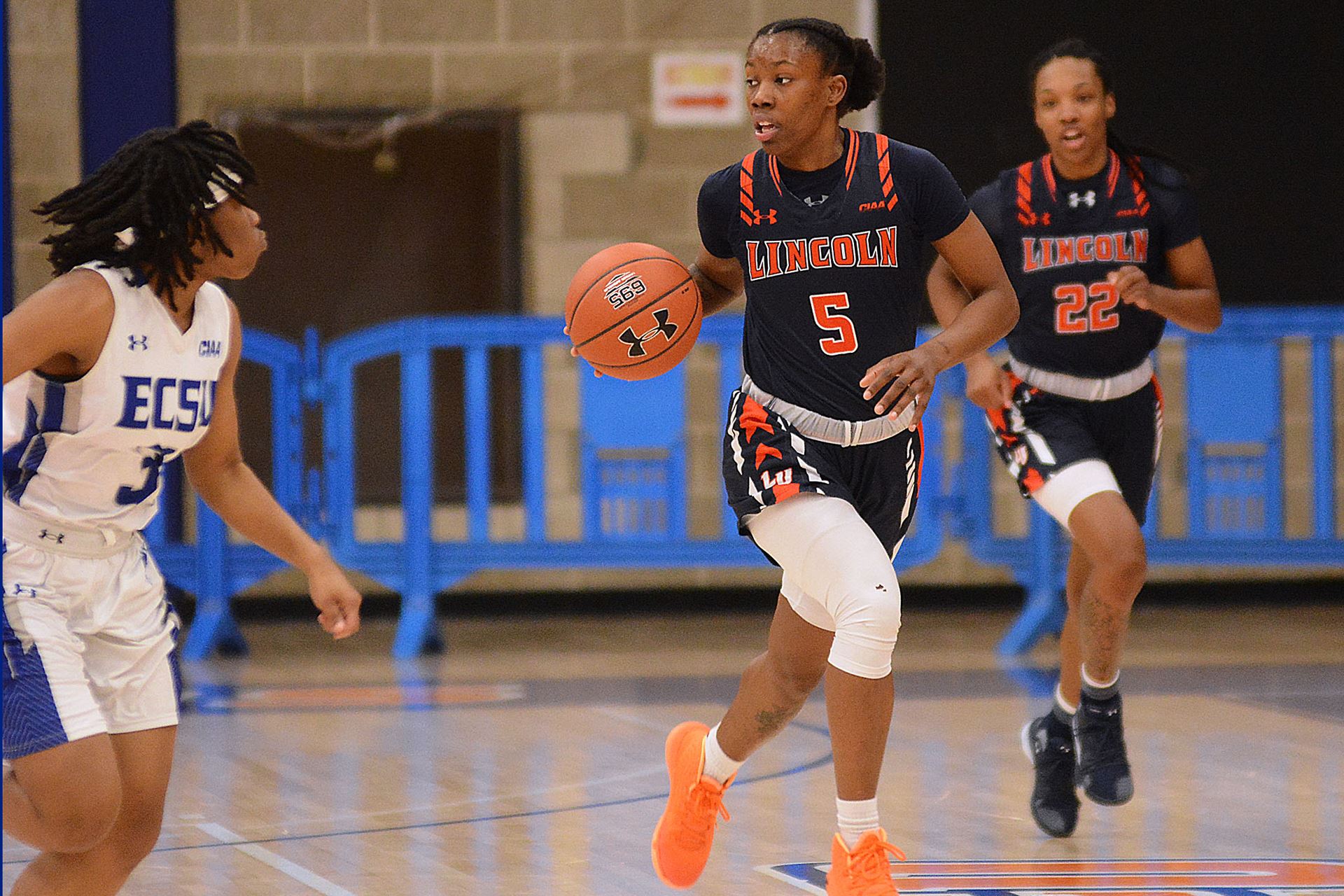 Murray, a scoring guard, and 2020 graduate is the first LU women’s basketball player to sign a professional basketball contract. She will be playing for Brunell of the Ireland Super League. The signing is a year in the making as the COVID-19 pandemic put her professional dream on hiatus.

“I feel great about myself to be able to do something rare; coming from a small Division II school like Lincoln,” said Murray. “I hope it helps put Lincoln on the map. I am blessed I was the one.

“I felt like COVID ruined things for me. Most teams look for recent film. I knew I had to work harder and take advantage of any opportunity this summer.”

First, she went to Jacksonville, where a proposed tournament turned into one game, then it was off for a four-day tournament in Puerto Rico, and finally to Japan. While in the host country for the Summer Olympics, Murray was part of a team tasked with getting the Japanese Olympic team ready for the tournament.

That team did their part in prepping Japan as they will be looking for their first Olympic gold medal in women’s basketball when they place the United States Saturday.

“(The Japanese players) are my girls, but I am rooting for the United States,” said Murray. “It feels good that I was able to contribute to their success. I feel like practicing with them every day contributed to their success, and that is pretty dope.”

The time in Puerto Rico and Japan served a dual purpose for the Lincoln graduate. It provided her will updated film, but more importantly, it allowed her to experience what life would be like living overseas, sort of. During her time in Japan, due to the rising coronavirus cases, she spent her time in the basketball bubble.

She still got a taste of living in a different culture, learning a different language, and eating different foods.

“I learned to say thank you first,” said Murray.

Now she is about a month away from moving to Ireland for a season that spans from October to March. She will also take that time away to start her Master’s degree as well.

“I am grateful to get the opportunity to live out my dream,” said Murray.

In her two seasons at Lincoln, she tabulated 891 points, which is 13th all-time at Lincoln. She is the Lions’ all-time leader in free-throw percentage (.815) and three-point field goal percentage (.391). Her career 18.2 points per game average are the second-highest average in program history.

Murray holds the Lincoln Division II-era record with her 41-point effort against Shippensburg. She was the 2020 Central Intercollegiate Athletic Association (CIAA) and the Eastern College Athletic Conference (ECAC) Player of the Year. Murray was the first LU Division II women’s basketball player to earn all-region and all-American accolades.