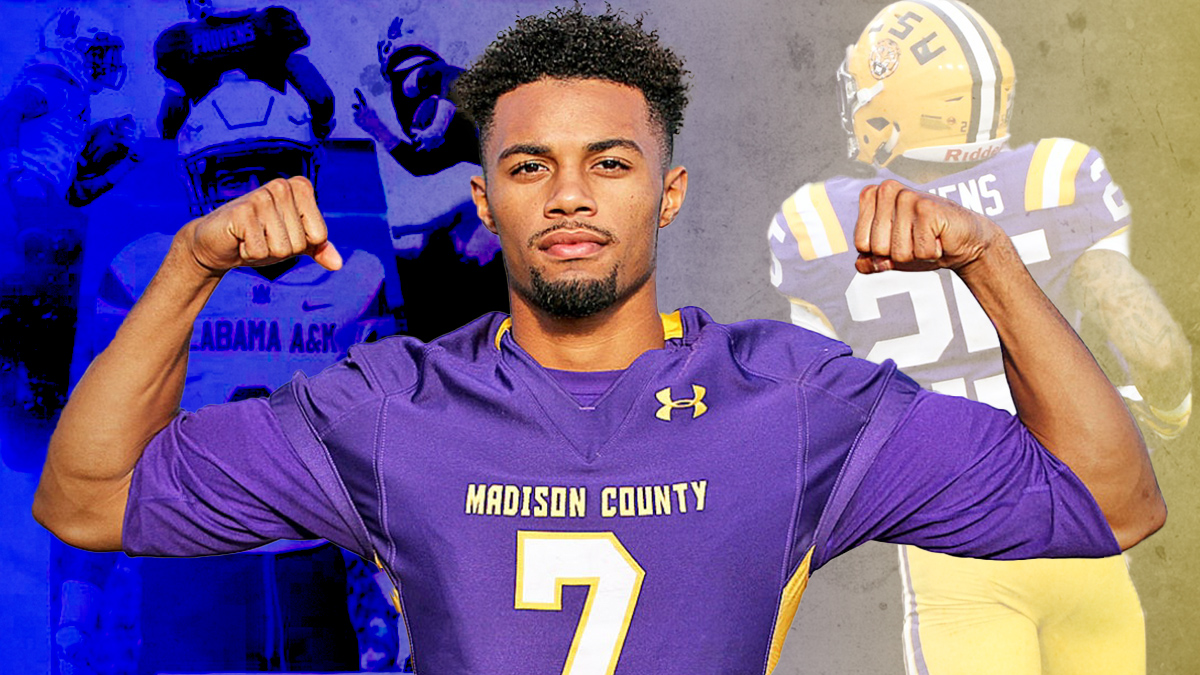 Former LSU running back Tae Provens has found himself a new home in his native state. The former three-star hasn’t played since 2018.

Former LSU running back Tae Provens has found a new landing spot — and it’s at an HBCU.

Provens will be taking his talents to Alabama A&M, the defending SWAC Champion. He’s a talented athlete who hasn’t played since 2018 after leaving LSU and being arrested on some serious charges.

The 6’0, 180-lb running back from Gurley, AL was a three-star recruit who played his high school career at Madison County. He was ranked as the 25th best player in the state of Alabama and the 61st best athlete in the country among the 2018 signing class.

Provens played in two games for LSU during the 2018 season, registering four carries for 13 yards against Rice in a blowout. He would ultimately be red-shirted and enter the transfer portal that March. Not long after that, he was accused of sexually assaulting a woman at his apartment and later arrested on charges of third-degree sexual assault.

Provens case was dismissed by the East Baton Rouge District Attorney’s office in May of 2020, according to documents obtained by HBCU Gameday. Title IX concluded no violation occurred in the reporting of the incident.

Provens has not played college football since the 2018 season. He has been posting himself working out on social media and looking for another chance. Now Alabama A&M has given it to him.

Tae Provens will join a prolific offense that features Walter Payton Award nominee Aqeel Glass at quarterback, a ton of talented wide receivers and tight ends and another capable running back in Gary Quarles. Another former LSU player, wide receiver Dee Anderson, also landed at AAMU via the transfer portal.

Alabama A&M was predicted to win the SWAC East title earlier this week.