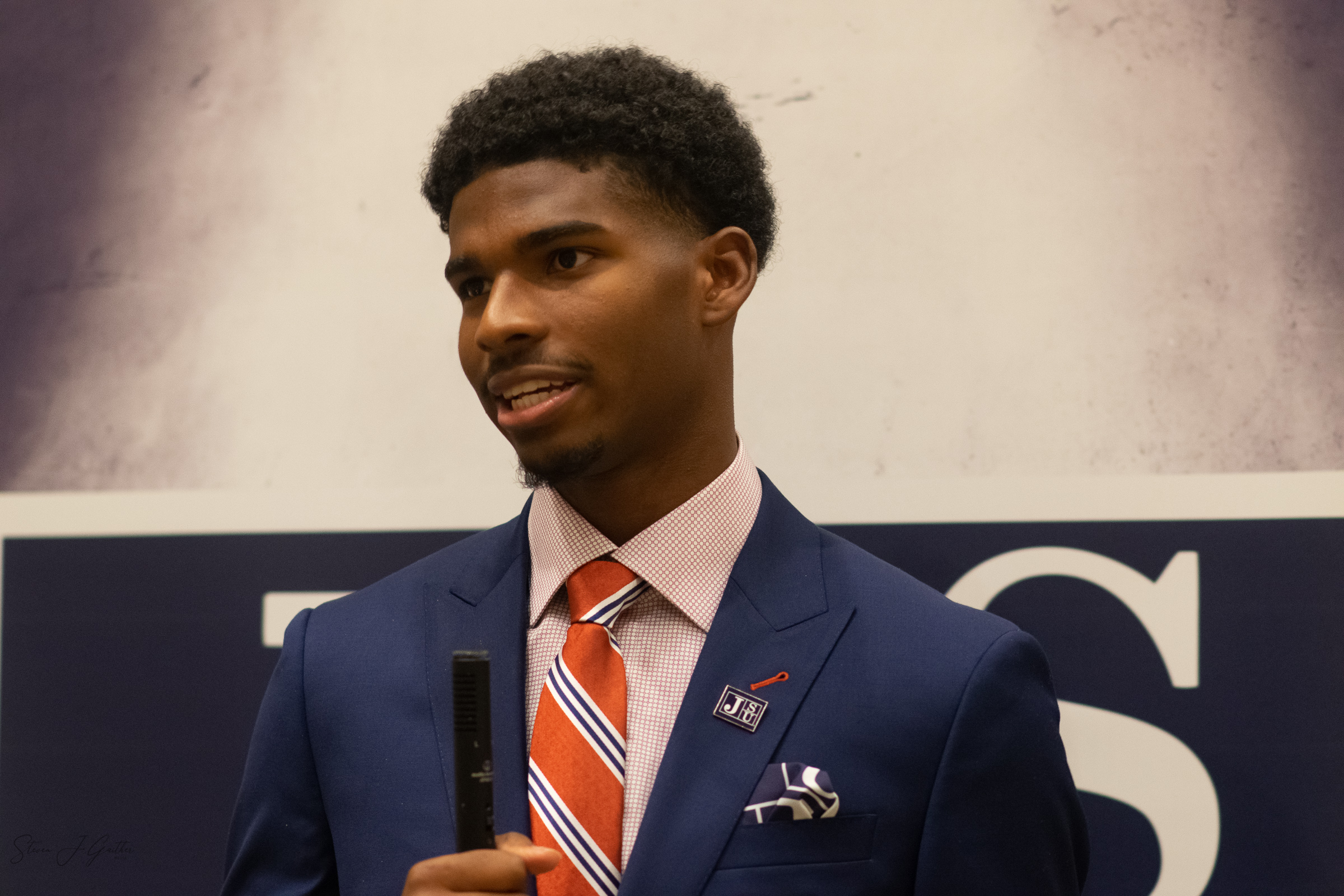 Jackson State quarterback Shedeur Sanders wants you to understand that the “new JSU” is no regular SWAC team.

Shedeur Sanders is still a month out from his first official college snap, but he’s already the face of the Jackson State football team. At least on the field.

The four-star quarterback had offers to pretty much all of the programs that everyone dreams about. Alabama, LSU, Michigan, Florida, Florida State (his father’s old stomping grounds) and many more offered him scholarships. He ultimately chose Florida Atlantic, coached by his father Deion Sanders’ friend Willie Taggert.

But when his father got the JSU job, he followed behind and basically became the quarterback-in-waiting. He showed up at SWAC Media Day and let everyone know he was ready to get started and what was on his mind. He didn’t want to talk about SWAC atmospheres or other teams. His focus was clearly on JSU.

Indeed, he isn’t the only four-star player JSU grabbed out of high school. Wide receivers Trevante Rucker and Quay Davis are both four-star talents slated to make their college debuts against Florida A&M on Sept. 5. And in a multitude of transfers from Power Five prospects and the fall lineup will look much different than it did in the spring.

Shedeur Sanders: We didn’t come here because we had to

Shedeur Sanders said that going up against his defense in practice will help prepare the offense for anything they’ll see this season. He called the JSU defense an “SEC defense.” Indeed, there are several former Power Five transfers on both sides of the ball, including defense. When asked how success against his own defense would translate against SWAC teams, Sanders wanted the distinction clear.

Those were strong words from the freshman quarterback. But his head coach later backed him up.

Social media reactions to Sheduer’s statements were swift and strong. Many people believe he has, at the very least, created a big target on his back. Surely opposing coaches, particularly on the defensive side, will use that soundbite as motivation when they line up against JSU. But the target has been on Shedeur’s back since the day he lined up for his first pee wee game, and honestly, nothing he said at media day would have changed that.

On the flip side, we’ve already seen this spring that the attention the “new JSU” gets only seems to draw out the best in their opponents. And if you are a fan of the SWAC and HBCU football, that’s probably not a bad thing. No matter what it says or does from this point on, JSU is officially the heel of the new SWAC.